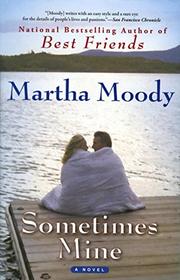 Cancer disrupts a divorced cardiologist’s affair with a married man but wakes her up to life’s possibilities.

Highly educated, highly competent, almost irritatingly self-deprecating cardiologist Genie Toledo is the workaholic partner in a three-doctor practice in Columbus, Ohio. Only Thursday nights are sacrosanct and beeperless. For 12 years Genie, now in her late 40s, has driven to a hotel near the state line to rendezvous with Mick Crabbe, head basketball coach at Turkman State in West Virginia. Although they meet only once a week, Mick is the center of Genie’s otherwise barren emotional life. In his 50s, married with three adult children, Mick is a charismatic, upbeat leader devoted to his team; part of his original attraction to Genie was her interest, in contrast to his wife’s lack thereof, in discussing basketball dynamics and strategy. The 1999–2000 season is a turning point in both their lives. When his team doesn’t gel, Mick loses his usual optimism. Then he begs Genie to treat his daughter Jessica, a single mother in her 20s, for coronary artery disease. Genie comes face to face with Mick’s unsuspecting wife Karn and listens to Jessica describe her parents’ marriage in less-than-flattering terms. But the novel doesn’t pick up steam until Mick announces he has prostate cancer. He delays surgery until the season ends, and as his cancer progresses with alarming speed, he turns his wobbly team around. After Karn confronts Genie with her knowledge of the affair, Mick breaks it off then begs Genie to let him move in with her. She sends him back to his family. She and Karn develop an uneasy intimacy, almost an alliance, as his condition deteriorates.

Moody (The Office of Desire, 2007, etc.) has a gift for creating imperfect yet endearing characters, but she spells out her moral lessons too pointedly.

THE OFFICE OF DESIRE
by Martha Moody
Fiction