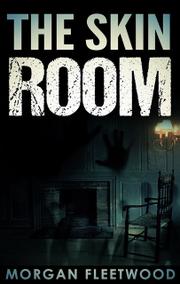 Thirty-two-year-old Alex Melville moved from America to Europe as a child and is currently living in Sicily, working as a freelance translator. He first sees Valentina outside a café and follows her before introducing himself. She has physical traits that appeal to him—her face, her hair, her beautiful skin—and he buys her lavish gifts, starting with expensive chocolates. He convinces her to come to his Catania home, where he attempts to imprison her as part of a plan that isn’t immediately revealed. Unforeseen events, however, thwart his intentions, and he winds up on the run from authorities. In need of a place to hide, Alex looks for his missing younger sister, Sonia. Her problems with cocaine have attached her to a thuggish boyfriend, Carlo Riccio, who, unsurprisingly, doesn’t provide Alex much help in finding her. Alex’s search takes him to his old home in Luxembourg, where he meets an initially unnamed inspector. This novel takes the form of a first-person confession that Alex is recording for this new acquaintance. Fate has put the two of them together, and a violent conclusion to their association seems inescapable. Fleetwood’s gloomy tale is split into three parts: Alex’s attempts to ensnare Valentina; his time as a fugitive; and the twisty final act with the inspector. All three are equally riveting as they relay the exploits of the deeply disturbed narrator. It’s evident that Alex has a sinister agenda, even when his specific intentions are shadowy—although readers will likely guess them. His narration eerily blends the grotesque with the beautiful: at one point, he equates a blade with a flute, musing, “Oh, the music it could play. The melodies of the flesh.” Most impressively, the author gradually offers different perspectives on Alex: Carlo and his minions are brutal, practically turning Alex into a victim, and the third part of the novel may even generate a modicum of reader sympathy for him. The appropriately dark conclusion has a particularly stark finality.

A bleak and disquieting but extraordinary character study.

THE CONFESSION
by Charles Todd
Fiction

THE LOST GIRLS OF ROME
by Donato Carrisi
Fiction