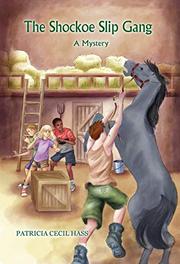 Youngsters in Richmond, Virginia, are determined to find the thieves who looted a local art museum in this middle-grade mystery.

The last year hasn’t been easy for the Corbett children. Since their father’s death, the family has struggled financially. Now that it’s summer, 12-year-old Sally, who’s just off crutches from a lacrosse injury, can help younger brother, Andrew, 11, with his business. He handles everything from lawn care to feeding and walking pets. But the kids, along with Jane, the youngest, are shocked by a burglary at the museum where their mother, Cary, works. The thieves evidently zeroed in on antique American toys, which were part of an exhibition Cary had been organizing. As this show ties in with her recent promotion to head curator, the Corbetts are worried she’ll receive the blame for the thefts and lose her job. Consequently, Sally and Andrew decide to search for the culprits and recover the toys. They get their first big break from peer Henry Morrison, whose dad, Jim, is chairman of the museum’s board of trustees. Henry has a business similar to Andrew’s, and one of his clients had an antique toy that may have been from the exhibition. But going to speak with the client only leads to more questions and several suspects, including a suspicious motorcyclist the kids spotted prior to the robbery. As Sally, Andrew, and Henry inch closer to unmasking the thieves, they take increasing risks and may soon find themselves up against individuals more menacing than they could have ever imagined.

Hass’ (Monument Avenue Memories, 2013, etc.) relatively short novel moves at a steady clip, due in large part to its succinct prose and tight editing. The author introduces the exceedingly likable Corbetts and skillfully teases the story’s mystery (by way of the shady motorcyclist) within the opening 10 pages. Sally, Andrew, and Henry are well-developed characters; they are all bright and considerate of others. Although they disregard cops’ warnings to stay away from the case and may commit a crime or two, the kids are generally cautious. For example, when they’re separated, they remain in contact as much as possible via cellphones. But more importantly, they’re responsible, as Andrew’s business takes precedence over any plan to follow up on a clue. In one instance, they decide first who’s cleaning a client’s pigeon coop before choosing which youngster will bike to check out a suspect’s workplace. The mystery isn’t difficult to unravel and often relies on coincidence. But Hass effectively generates a fraught narrative at the mere suggestion of danger. In one memorable scene, Sally, following the evidence, bikes to a store a distance away. Before she even arrives, an imminent storm produces dark clouds coupled with “low and ominous” rumbling thunder. The images by debut illustrator Corson resemble notebook sketches, but with copious details and shading. She deftly captures some of the book’s more intense sequences, though the highlight is a simple picture of little Jane enjoying a sandwich with the family cat in her lap. The author concludes her entertaining novel with a strong possibility of a sequel (Hint: The summer isn’t over).

A delightful tale headlined by responsible tweens who just happen to be exceptional amateur detectives.