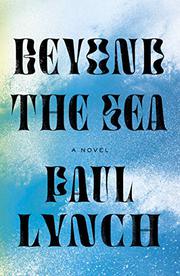 Adrift in a disabled boat in the Pacific, two fishermen try to survive.

Despite the weather forecast, Bolivar, a brash fisherman and drinker who’s desperate for money, insists on heading out to fish. The only problem? His partner is missing. So his boss introduces him to Hector, a sensitive teenager without any serious experience at sea. Even before the storm damages their engine and blows them hundreds of miles into the Pacific, the two men are at odds, but, adrift at sea—with no radio, a minimum of fishing gear, and diminishing chances of rescue—they're forced to reckon more deeply with each other and themselves and various miragelike visions of the lives behind them on land. Can they learn to respect each other? Can they vanquish their dehydration, starvation, the maddening vastness of the sea? Can they keep each other alive? Irish novelist Lynch (Grace, 2017, etc.) is at his most memorable when relating the details of sea life and survival: The sea is a veritable marketplace of plastic bags, barrels, cups, and other useful things; an albatross’ “insides are full of undigested plastic”; a captured turtle “gestures some unfathomable thought with its flippers”; and the men subsist on fish, seabirds, and barnacles scraped from the hull of the boat and seasoned with brine. But Lynch’s characters are less impressive than these details, perhaps because they seem too-perfectly-constructed foils for one another: Hector’s religiosity, for example, feels less like an authentically worn belief than a useful contrast to Bolivar’s materialism and secular hope. And though Lynch at times beautifully encapsulates the harshness of life on the ocean—“each bead of water that passes the lips…is a drop of time and life distilled”—his sentences are too often stilted, overstylized, and full of half-profound sentimentality: “[Bolivar] studies the outness of the world. The profound colours of night. His ear attending to the silence. A growing feeling of awareness coming upon him. What you are among this. He imagines an ocean full of container ships and tankers, each ship moving constant and true and yet all passing within this same silence, the silence itself passing within this outness that is itself always silent.”

A story of remarkable endurance at sea conveyed unremarkably.

THE OLD MAN AND THE SEA
by Ernest Hemingway
Fiction