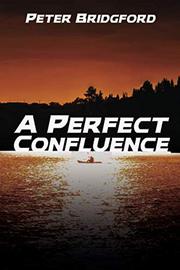 In this novel, a young man’s grave mistake forces him into a dangerous adventure that heals him in unexpected ways.

Noah—a recovering addict living in Buffalo, New York—has finally gotten the hang of sober living. He is gainfully employed, complying with probation requirements and exercising regularly with his faithful dog, Kimo. But just as he settles into this routine, his Uncle Bob—an imposing, ex-military caregiver figure who took over after Noah’s parents died in a car crash when he was 14 years old—requests a meeting. Bob confronts Noah for unwittingly impregnating a local Mafia family member, Lizzie Guerro. Bob insists that Noah’s only option—outside of being brutally exterminated by the Guerro family—is to “do the right thing” and marry Lizzie. Noah, devastated by the prospect of ruining his life, relapses and—while massively drunk—does something gravely impulsive that deepens his conflict with the notoriously violent Guerro family. With this, the option of marrying Lizzie becomes obliterated and Noah decides to skip town by canoe (the only way he believes he can leave surreptitiously) and keep paddling until he finds somewhere he can safely begin anew. Along the way, Noah meets 17-year-old Becca, a pregnant young woman on the run from an equally serious set of troubles. From here, the two become unlikely fugitive travel companions who encounter terrors and delights along a river odyssey that changes their lives in surprising ways. Bridgford (Where Eagles Dare Not Perch, 2018, etc.) demonstrates skillfulness when it comes to rendering suspense and twisting a scintillating plot. He also supports his creative storyline with appreciable outdoorsman knowledge, which vivifies the prose nicely throughout. That said, the canoe journey takes up the majority of the book and, after the first few chapters, begins to read as somewhat droning and repetitive. Further, some stock side characters become distracting while the dialogue—especially between male players—tends to read as tiresomely quippy. Early on, one of Noah’s pals tells him: “Make the wrong choice, my friend, and they’re gonna come at you like no shit-storm you’ve ever experienced.” Noah responds: “What if I wore my raincoat and used my big golf umbrella?”

An inventive but bumpy redemption tale.