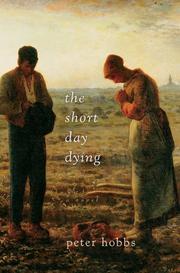 A haunting debut limns the spiritual and social struggles of an apprentice blacksmith in 19th-century Cornwall.

At age 27, Charles Wenmouth is rather old to be learning a trade; he finds the backbreaking, skilled labor difficult, and the smithy’s customers are often rude. He also dislikes his disapproving, penny-pinching landlady and misses his mother and brothers on the family farm 12 miles away. Wenmouth can’t go home much, because he is in the final weeks of his trial as a Methodist lay preacher. “Four years since the blessed meeting when I felt the knowledge of God warm my breast,” he takes solace in his deep religious conviction, though he is disheartened by the poor attendance at church. In 1870, the grindingly poor inhabitants of Cornwall are disinclined to spend their scant leisure time in church; Charles, equally impoverished, guiltily understands their shirking even as he bemoans it. He wishes they would emulate Harriet French, a young woman steadfast in her faith despite her (unspecified) fatal illness. His visits to Harriet make Wenmouth’s hard life “bearable,” but his first-person narrative reveals that he is oblivious to tensions within the family: her younger brother’s dangerous restlessness, and the anger of her mother, whose pleas that he help the boy have gone right over Charles’s head. Drawing on the diaries of his great-great-grandfather, the author faultlessly recaptures the language of a painfully self-educated man grappling with loneliness, unhappiness and—as the story progresses over the course of a year—terrifying doubt. Magnificent descriptive passages evoke Cornwall’s natural beauty and reveal Charles as a thoroughgoing pantheist, far more cognizant of God’s presence in the landscape than among the human beings he finds so difficult to understand. The already somber mood darkens as a severe illness exacerbates his troubled state of mind. Hobbs delineates his protagonist’s crisis of faith with scarifying intensity, never condescending to the religious conventions of a long-ago age.

Bleak, but profoundly beautiful. Hobbs is a writer to watch.