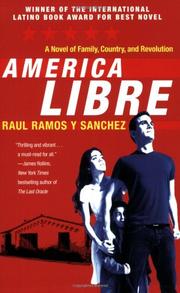 Cautionary debut novel imagines a chain of events in the Latin American community that causes one man to go to extreme measures to protect his family.

In El Paso, Texas, police shoot a young Latina in the streets, prompting riots throughout the community. The National Guard is called in and, fearing attack, they open fire on a crowd, killing 23 and inciting a dangerous backlash in Latino communities across the country. In Los Angeles, Mano Suarez is trying to ignore the chaos outside his home while he looks for a job. He is a decorated veteran and a trained mechanic, but the deep recession has made it impossible for him to find work and provide for his family. Mano happens on a bookstore that claims to be a front for a recycling company, and the owner, feisty Uruguayan-born, Stanford-educated Jo Herrera, offers him a job driving for her. He soon finds out that the recycling company is also a front, for a radical Hispanic liberation group; Mano has been hired not as a driver, but as a bodyguard. A self-proclaimed apolitical patriot, he’s wary of the job. But his family needs the money, and as he spends more time with Jo and her followers, he comes to realize that they need the protection. Suddenly, Mano is working until the middle of the night; his kids are running wild; and his beloved wife doesn’t understand what he’s doing—particularly not with a beautiful, blonde boss like Jo. As Mano becomes further entrenched in the movement, he has to decide what is helping the community, and what is doing more harm. Regrettably, these interesting issues are stuck in a narrative that reads like a parable more than a novel, with hollow characters playing out circumstances orchestrated to make a political point.

The message is good, but the writing is not.