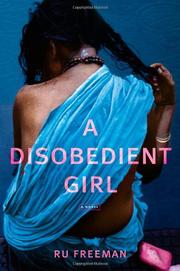 Purchased as a five-year-old and taken to a wealthy home in Colombo, Latha is raised to be a companion and servant to Thara. The girls are the same age, they live in the same house, but they grow up at opposite ends of Sri Lanka’s rigid class system. Latha gets encouragement from a teacher with communist leanings, and she takes inspiration from the example of Princess Diana, who worked as a nanny before she became royalty. Ultimately, though, she ends up using one of the only forms of power generally available to disenfranchised women: When her employers refuse to give her any of the money she has supposedly earned so that she can buy new shoes, she takes her revenge by seducing the upper-class boy Thara loves. This relationship does not work out quite the way it would on the soap operas that provide Latha with all her knowledge of romance. Meanwhile, Biso travels from the city to the countryside with her three children. She is fleeing her husband, who has murdered her lover. During her journey, she recalls the series of events that brought her to this unfortunate pass. Freeman does an outstanding job of depicting tragically circumscribed lives without turning her characters into cartoonish victims; the childhood scenes between Latha and Thara are especially subtle explorations of class dynamics. Latha is utterly aware of the disparity between her experience and that of her “mistress,” but she is—in the way of adolescents everywhere—too vain to be cowed. Thara’s unselfconscious sense of entitlement gives her relationship with Latha complex depths, and that relationship, in turn, reveals a great deal about the fluid, often paradoxical bond between ruler and ruled. Although Freeman has been an advocate for women and workers, she does not lecture the reader; she lets the story and her characters speak for themselves.