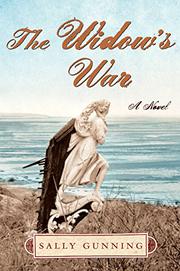 When her husband dies in a whaling accident, 39-year-old Cape Codder Lyddie Berry is entitled only to a widow’s third of her husband’s estate. She is expected to move in with her daughter Mehitable and avaricious son-in-law Nathan Clarke, who, as Lyddie’s closest male relative, now controls her life. Her only ally is her husband’s lawyer, widower Eben Freeman. While Nathan is a stingy, narrow-minded Puritan, Eben, whose friend James Otis’s suit against Britain’s Writs of Assistance is a precursor to the Revolution, is more open-minded. Unable to live with Clarke, Lyddie defies social norms and moves back into her home—or one-third of it. Clarke’s plan to sell the cottage is thwarted because Lyddie’s neighbor Sam Cowett, a local Indian semi-accepted by the townspeople, refuses to relinquish his timber rights to the Berry property. When Sam’s wife Rebecca comes down with brain fever, a financially desperate Lyddie works as her paid nurse. Despite malicious gossip concerning her relationship with recently widowed Sam, Eben proposes marriage. A happy outcome seems possible until Lyddie finds herself unwilling to put herself at a man’s mercy, even reasonable Eben’s.