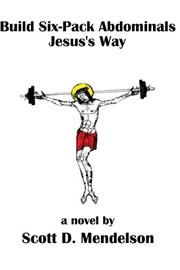 A dissolute preacher strives for redemption in this debut tragicomedy.

Abner Kincaid is a hard-drinking, chain-smoking 59-year-old minister of the Church of the Fiery Word of God in Kansas (he privately calls it “a cathedral for nitwits”). His only friends are George Granger, an old Army buddy, and the ubiquitous bottles of Jack Daniels that he sucks “down like a drowning man sucks air.” He runs into trouble when the church secretary—who doubles as his mistress—runs off with his savings; his Cadillac gets repossessed; and the flock is evicted. Repairing to a barren 50-acre homestead inherited from his estranged father, he hits upon another godly scam: the Lord’s Cross-Training Farm, whose members can get fit—for a hefty fee—by doing heavy labor to Christian exhortations (“Now get up off your fat, sinful asses and get to work!”) and schlepping weights around a Stations of the Cross–themed racecourse. Presiding with merry cynicism—“If we can wring enough work out of these saps, then we might start making money”—Abner fleeces one congregant of lottery winnings, beds another, and exploits them all until his callousness precipitates violence. Taken aback, he’s then hit with a terminal cancer diagnosis, and this raucous, hard-boiled, satirical novel deepens into a meditation on life and death. Abner remains his ornery, profane self, but under the tutelage of a kind but no-nonsense Vietnamese-American nurse, he starts to grudgingly reform his selfishness and to wrestle with his demons: a childhood broken home; his mother’s suicide; memories of terror and carnage from the Vietnam War; the stark fear of mortality. Abner’s saga alternates between bleakly evocative Plains gothic—he spends much time boozing and sweating in motels where “the only light was the flickering of the neon sign”—and deadpan humor from sharply etched, multidimensional characters, all couched in muscular prose and pitch-perfect dialogue. As calamities pile up, Mendelson resolutely avoids sentimentality. Abner’s stock-taking proceeds in the same slovenly, confused way as his previous life did only slightly better, lit by experience and empathy. The result is a reluctant turn of heart that feels hard-earned and emotionally compelling.

A wryly funny and moving story of bogus physical exercise that turns into genuine spiritual exertion.