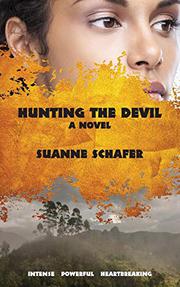 A humanitarian doctor becomes embroiled in the Rwandan genocide.

Schafer (A Different Kind of Fire, 2018), “a retired family-practice physician,” plumbs the depths of the genocide in Rwanda with this rousing novel that follows Dr. Jessica Hemings, whose volunteer medical mission to the country in 1991 carries life-threatening danger. The story opens as Hemings races through the mountainous forests of Rwanda and Tanzania after her Kirehe clinic is ambushed by a vicious militia. In Rwanda, she horrifyingly views the slaughtered bodies of innocent villagers and vows justice. Running alongside this main narrative are the escapades of Parisian war correspondent Michel Fournier, who is assigned to cover the ethnic discord in Rwanda, a place he’s never visited. He has not experienced the volatile political climate there between the Hutu and Tutsi populations. Also featured is Hemings’ still-smitten ex, Tom, who discovers she has vanished in Africa. Not for the faint of heart, Schafer’s descriptions are graphic and as real as the political strife and civil war that played out in East Africa. Equally crisp is her storytelling as the narrative flashes back to Hemings’ uneasy arrival in Rwanda and her ensuing culture clash and political education, reflecting that “there was no escape from racism, even when only one race was involved.” After she notices the clinic’s lead physician, Dr. Cyprien Gatera, becoming neglectful to Tutsi patients, he is exposed as a Hutu radical and assaults and rapes Hemings, claiming her as his own. She escapes and remains on the run for weeks, as depicted in the novel's beginning, until reaching a Tanzanian refugee camp where she aids the ill and ultimately makes a decision to place herself in lethal danger again to save others. Though the book is lengthy and teeming with exacting, grim details, the story moves swiftly, portraying Hemings’ interactions with Fournier that become intimate. They empower her with the fortification to return to Africa after resettling in Philadelphia and concoct a reckless revenge plot against Gatera. There’s plenty of sharp, suspenseful action to savor here in this impressively poignant, hauntingly realistic, and searingly moving tale. Schafer intensively explores themes of racism, violence, war, and human welfare.