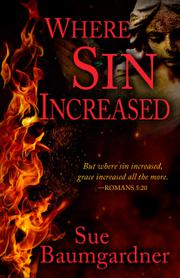 A murder mystery unfolds over multiple generations of a Maine family in this novel.

Winterhaven, Maine, 1958. The Therberges are wracked with grief after their missing daughter, 8-year-old Mary Sue, is found dead beneath a granite boulder. Police attention turns to her brother, John Daniel, 10, the last known person to see her alive. When the case goes cold, private investigator Rocky O’Hara, recently of Atlanta and now of Portland, Maine, is asked by Margaret Powell, a relative of the Therberges, to offer a new perspective on the murder. Rocky is fresh from a similar homicide case in Georgia—one disturbing enough that it caused him to leave his home state for a new life in New England—and he’s committed to bringing Mary Sue’s killer to justice. Meanwhile, John Daniel—whose activities include burying cats alive in his grandmother’s garden and lighting fires in his bedroom closet—appears to know more about the crime than he’s letting on, and his mother seems bent on directing any suspicion away from her son. She isn’t the only family member who suddenly seems uninterested in finding the culprit. Margaret lets Rocky know that his services are no longer needed: “Casting his mind back to that first encounter in his office, he never would have imagined that lady ever giving up…ever. So, what happened? What changed? Did some horrible family secret become known to Margaret which she felt bound to keep secret?” But Rocky’s history with the case is just beginning: The murder of Mary Sue will haunt John Daniel—or JD, as he’s known in adulthood—and the rest of the Therberge family all the way into the 21st century.

Baumgardner’s (Languid Lilies, 2019, etc.) prose is detailed and sharp, particularly in her economical descriptions of her characters, including John Daniel’s grandfather: “Grampy has control of his life and everyone in it. Mama says he even has God in his hip pocket. This boy will watch Grampy and learn the trick. That God thing just might be the key.” Her rendering of the deeply disturbed and unexpectedly complex John Daniel is particularly riveting, and she manages to wring a horror novel’s worth of tension from his relationships over the course of the tale. Rocky is more familiar fare: a genre detective in a book that isn’t really a genre offering, though he provides a welcome change of pace from some of the story’s more brooding sections. Threading through the work is a strong religious theme, which is more effective in explaining some of the characters’ motivations than it is at supplying a philosophical underpinning for the events. The tone vacillates from sections of polished verisimilitude to clunky encounters—reminiscent, in some ways, of Maine’s best known writer of dark tales, Stephen King. There are elements here that feel coincidental or contrived, and John Daniel’s psychology might not square exactly with one found in a profiler’s manual. But Baumgardner weaves an unorthodox mystery tale that will keep readers invested through the fallow periods and surprising time jumps.

A well-told, if idiosyncratic, family drama with an unsolved killing at its center.