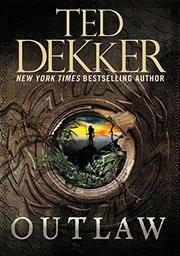 Dekker’s latest centers around the life of a mother who is stranded with a savage race unknown to modern man.

When pampered Julian, a beautiful Atlanta belle, takes off for Australia and beyond, she doesn’t expect to end up on a sailboat, tossed around by the sea and fighting for her life and that of her little boy, Stephen. After her rescue by strange natives she cannot understand, she is carried into the valley and forced into captivity. Soon, she discovers that she is going to die as a sacrifice to local traditions and suspicions unless she can gather her wits and find a way to make the warring tribes that have caught her spare her life. Despite the odds against her (white skin is looked upon as something to abhor, and most Tulim people find her ugly), Julian manages to form an alliance with the wife of a powerful prince in line for the throne. Unfortunately, this prince is also the brother of another man who wanted her, and if he can’t have her, then he prefers her dead. Over time, Julian makes and forms alliances and, finally, presented with an unexpected gift she treasures above all else, finds a way to survive her captivity. Although the author exhibits a keen imagination, the story is repetitive and lacks focus. Known primarily as a Christian writer, Dekker leans heavily on Christian analogies that are, at times, heavy-handed.

For fans of Dekker's Christian-inspired fiction.

THE PROGENY
by Tosca Lee
Fiction