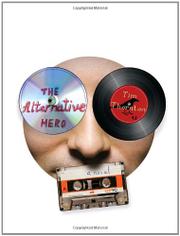 In British drummer Thornton’s debut, a hapless ex-journalist reexamines what now seems his life’s fulcrum point: the onstage flameout that ended the career of Lance Webster, frontman of his beloved Thieving Magpies.

Music wasn’t merely the soundtrack to Clive Beresford’s youth; it was his youth. And when Clive’s idol, aka “Zeitgeist Man,” imploded in public in 1995, something important ended. Clive soon gave up his fanzine, Vorsprung Durch Peanut. He latched on with a higher-profile magazine, but that went sour after another episode involving his increasingly erratic idol. More than a decade has passed when Clive, now 33, underemployed, bereft and alone, notices Lance hauling home dry-cleaning; they’re neighbors. Clive embarks on an alcohol-soaked quest to befriend the Alternative Hero and to find out what led to that fateful day. After a stakeout tells him Lance has a sick cat, Clive volunteers at the vet, but succeeds only in selling his old hero a hormone spray for incontinent pets. Soon after, an intoxicated Clive pens a letter whose contents, come morning, he can’t recall—and gets an ominous visit from two roadies who warn him against stalkerdom. Finally, having lost his job, Clive repairs to a local pub to lick his wounds (or marinate them) and is chatted up from the next stool by Lance. Thornton shows off his encyclopedic musical knowledge to good effect, and the middle section, in which Clive carries on the charade of being an aspiring novelist who knows nothing about music, is delightfully awkward and entertaining, even poignant.

Too many contrivances of plot, and the earnest final section falls flat, but overall a brisk, acidly funny debut about the entanglement of identity and music.