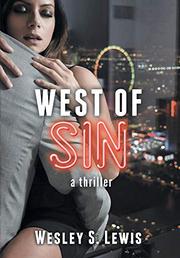 The first part of this tale exemplifies the grim adage that if hapless heroes didn’t have bad luck, they’d have no luck at all. Jennifer Williams is in Vegas for a commercial real estate convention. Having caught her lover in bed with another woman, she rushes blindly out of town only to stumble onto a robbery in progress at a convenience store in Pahrump, Nevada. Enter Matt Crocker, an impromptu hero, who kills three thugs who work for Russian mobster Vladimer Dudka. Now the Russian mob is after the duo to recover some serious money and wreak vengeance. The Russians have also managed to kidnap Ashley Thomas, Jennifer’s co-worker. Rescuing her involves a very complicated scam to be pulled off at the Stratosphere Tower on the Strip. And it works. In the meantime, the protagonists are hiding out at the Prickly Pear Ranch, where they meet Vegas and Scarlett, two sex workers who enhance and advance the plot. Just when it seems that Jennifer and Matt are getting a break, Scarlett, in it for herself, betrays them, and they are back in Dudka’s murderous hands. More troubles ensue, including shootouts and desperate escapes that are quickly thwarted. This is a very impressive first novel, offering rigorously researched details. Some of the ingredients—Las Vegas, the Russians, a hunky hero who blushes on cue, lawmen who pepper their speech with acronyms—are clichéd but to be expected in a thriller. Fortunately, Lewis knows how to deliver plot twists, things most astute readers will not see coming. His prose style fits a caper set in Vegas. Call it hard-boiled (think Raymond Chandler and John D. MacDonald) and street-smart with a fillip of flipness (“ ‘It’s an awesome plan.’ Scarlett’s tone was indignant. ‘The FBI has no jurisdiction in Mexico. I have a friend who’s been down there since she was indicted for selling ecstasy. She turns tricks at this dive bar in Ensenada. I’m going to buy the bar…and spend my days drinking piña coladas on the beach’ ”). Vegas—the sex worker—deserves special mention. She is an appealing character: sweet as a favorite sister, perky as a cheerleader, strangely innocent, and an expert in cool stuff like parachuting and casino security.

A rousing, well-researched thriller by an author who should be encouraged.