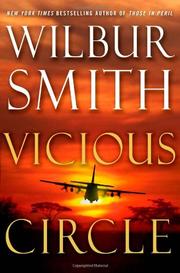 Hector ran Crossbow Security, until he attempted the rescue of Cayla Bannock. Cayla died, but Cross married Cayla’s mother, Hazel, widowed Bannock Oil heiress. Now, Hazel’s pregnant. After a gynecologist visit, the pair set out in separate vehicles for their English estate. There’s an ambush. Hazel is mortally wounded, but baby Catherine Cayla is saved by cesarean. Cross believes the ambush is the "blood feud" work of the "survivors of the family of Hadji Sheikh Mohammed Khan Tippoo Tip," engineers of Cayla’s kidnapping. Clan leader Aazim Muktar is in Mecca. Cross secures Catherine in a fortress atop a skyscraper in Abu Zara, fount of Bannock wealth. Cross then slips into Mecca to confront Muktar, only to learn he’s a peaceful holy man. Smith simplifies narrative action with a moneyed protagonist able to afford cutting-edge weaponry and technology, and he pads the tale with a hard left turn in midstory to present a novel within a novel about the villain, Carl Peter Bannock, born Karl Pieter Kurtmeyer, spawn of a Gestapo officer adopted by Bannock Oil’s founder. Carl’s imprisoned for incestuous rape but is still a Bannock Trust beneficiary. He wants the final heir, Catherine, eliminated. In a Texas prison, Carl befriends Johnny Congo, aka King John Tembo Kikuu of Kazundu—refugee African royalty gone bad. Carl’s released, engineers Johnny’s escape, and the two psychopaths restore Johnny to his African throne. Cross learns this from a former trust lawyer. Smith’s narrative is bloated, sometimes fact deficient, reliant on implausibilities, and laced with gratuitous, gut-churning violence inflicted upon innocents. The dialogue is often affectedly old world; action regularly stops to order the right wine or exotic foodstuff or summon obsequious staff. Characters are either flat or over-the-top superhumans and impervious to harm, although a bad guy does survive to populate a sequel.

Not for the faint of heart, or stomach.