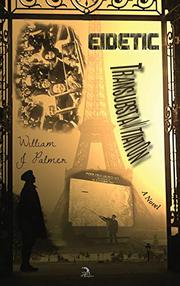 A young Pentagon employee with a remarkable memory gets caught up in the Cuban Missile Crisis, among other adventures, in this novel.

Indiana native Michael Edwards has a photographic memory on steroids. It’s called eidetic memory and it helps him get a Ph.D. by the age of 22 and learn three foreign languages. In 1962, he is working in the photography room at the Pentagon, analyzing shots of enemy territory taken by U2 spy planes. His early success at spotting missile launchers in Cuba lands him a three-day gig as a “Pathfinder,” and he is dropped off in Cuba posing as a peasant farmer to get a firsthand look at the sites. His powers of observation and recall are so astonishing that President John F. Kennedy himself wants Michael in the Secret Service. After that administration’s tragic end, a childhood friend talks him into working undercover for the FBI at Berkeley, spying on student activists.  Michael convinces himself that his information will be useless and no lives will be ruined. But he sends a female friend and others to jail, leading to pangs of guilt. He needs to leave Berkeley and reinvent himself, a process he calls transubstantiation: “It gave me hope that despite this identity-less, hollow, black hole of regret that the whole Berkeley experience had sucked me into, maybe I could transubstantiate myself into a person that I could stomach.” An academic career follows, and marriage and fatherhood, but tragedy and wanderlust pull him overseas to Europe and back again. He traverses various life stages involving the dawn of the tech era and finds himself through a new love. Palmer’s (Two Cities, 2017, etc.) globe-hopping tale is written with a thirst for knowledge and a love of detail that make for an exciting read, especially because it’s about a character who is often on the forefront of new technology or fields. The overall point that people are not one thing but go through a variety of different incarnations is a strong one, especially because this sweeping story progresses through Michael’s retirement. But shifting between pensive and wild, the book is overwritten; a leaner, more concise style would have strengthened the skillful storytelling.

A smart, discerning but protracted tale about an extraordinary man’s unique layers of memories.