13 Horror Books to Put You in the Mood for Halloween 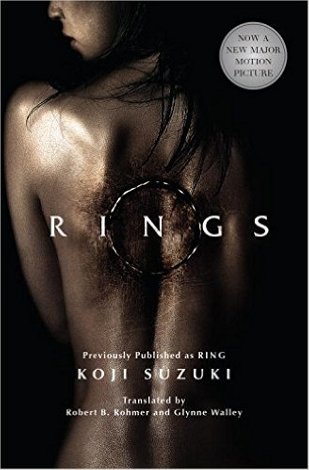 As a lover of speculative fiction – an umbrella term I use to encompass the genres of science fiction, fantasy, and horror – I have a confession to make: I don't get enough horror in my literary diet. It's not that I don't like horror; on the contrary, I love it. It's just that, for some reason that would take a team of psychologists to decipher, I associate horror with the colder, winter months. Living in a region with short winters means I read less horror. That said, thanks to Halloween, the month of October is my annual reminder to consume more scary stories. To that end, here is a roundup of recent horror books that are calling out to me to read them. I hope they do the same for you.

A longstanding conflict between rivalry vampire clans plays out on the streets of Mexico City in Silvia Moreno-Garcia's Certain Dark Things.  There, a vampire named Atl becomes smitten with a human street kind named Domingo, who is barely surviving on the stuff he finds in the garbage. Atl sees Domingo as a tasty morsel to satisfy her bloodthirsty appetite on her way to South America to escape the narco-vampire clan, until Domingo charms his way to survival. Throw in a tenacious cop following a trail of corpses that leads to this war of the undead, and you have a setup for a page-turning read.

Not all vampires are evil. If you're a vampire fan you've undoubtedly heard of Laurell K. Hamilton's Anita Blake, Vampire Hunter series. The latest book, Crimson Death, is the twenty-fifth novel in the long-running series, and it sounds like a terrific place to dive in if you're unfamiliar with the series. It revolves around Anita's good-guy vampire servant, Damian, who was turned into a vampire when he was a Viking by "She-Who-Made-Him," the vampire who kept him as a slave for centuries and is so powerful that invoking her name draws her attention to the speaker. Damian confronts his past, returning to his homeland of Ireland to face their growing vampire problem, which authorities-in-the-know suspect is caused by Damian's killer.

While we're on the subject of vampires and their masters, let me introduce you to the Old West vampire adventurer Trevor Lawson. Lawson is ever on the hunt for the vampire named LaRouge, his maker, in an attempt to become human once more. In McCammon's short novel Last Train from Perdition, Lawson teams up with Ann, a crack shot who is herself looking for a vampire, the one who abducted her father and sister. Both are hired by a wealthy man in Omaha to find his son. A shootout leaves a girl injured, and, on the train ride to get medical attention, Lawson and Ann meet up with their enemies.

The Graveyard Apartment by Mariko Koike

Japanese horror writer Mariko Koike's is finding a new audience. The Graveyard Apartment, which showcases her unique blend of horror and mystery, is finally being translated into English after being considered a horror masterpiece since its publication in 1986. It's the story of a family – a young couple and their daughter – who are excited about moving into a new apartment. The bad news is that it sits next to a graveyard and, as one bizarre and terrifying event occurs after the other, they find themselves alone in the building with evil lurking in the basement.

Nevill's Lost Girl interestingly takes place in the near future. It's the year 2053 and climate change has taken its toll, leaving billions of people homeless and starving. Pandemics, violent gang activity and people-smuggling are par for the course in this bleak future. One man is reliving his own nightmare: two years ago his four-year-old daughter was kidnapped under his watch. The police don't care much.  What's one more missing girl when the world has already gone to hell? It's up to him to find her himself.

Where would horror be without the influence of H.P. Lovecraft? Lovecraftian fiction is alive and well, as evidenced by Peter Rawlik's new book Reanimatrix, which mixes Lovecraftian horror with a hardboiled detective story. After years of trying to forget what happened to his father and the monsters that haunt his dreams, policeman Robert Peaslee returns to Arkham to handle the crimes other cops shy away from – the ones involving monsters.  Peaslee's new case involves the missing body of Megan Halsey, the richest young woman in Arkham who has become obsessed with tracking down the mother who left her long ago. Retracing Halsey's steps may very well lead Peaslee to confront the very horrors he is trying to forget.

Search and Destroy by Jay Bonansinga

The popularity of Robert Kirkman's The Walking Dead comic and the related television series is undeniable. Consider Jay Bonansinga your tour guide of the prose novels set in that zombie apocalypse. The latest entry into his New York Times bestselling series is Search and Destroy, in which a plague-weary band of survivors, led by the tough Lily, begins a massive project to refurbish the railroad between Woodbury and Atlanta to usher in a new beginning of civilization. Unfortunately, a new faction of survivors has attacked their hometown of Woodbury where they murdered adults and kidnapped children. Amidst swarms of the walking dead, Lily leads a team of rescuers to set them straight.

The Wraiths of War by Mark Morris

Alex Locke, a psychology professor and ex-convict forced back into the underworld when his daughter was threatened, is in possession of an enigmatic artifact known as the Obsidian Heart, a device that allows him to travel through time but also corrupts him through its dark powers.  Alex must solve the secrets of the Obsidian Heart to save himself.  In The Wraiths of War, Alex travels to World War I, where he necessarily befriends a young soldier, and also to the 1930s where a stage magician plays his part in the puzzle – all the while trying to stay one step ahead of the terrifying Dark Man on his heels.

The Last Days of Salton Academy by Jennifer Brozek

Short version: Night of the Living Dead meets Lord of the Flies.

Longer version: Three months have passed since the "Outbreak" that has changed the world by pushing it into a perpetual state of chaos. But there is sanctuary. The Salton Academy has become the safe haven for those few students who remained behind over fall break. But survival becomes increasingly difficult when food is stolen and the children dabble in mutiny and murder. Time is running out, too, as Winter approaches. Oh, and did I mention that the headmaster's son has an undead dog?

Continuing the popular "Ring" trilogy (the first book of which was adapted into a horror film), Rings is about a mysterious videotape that warns its viewers they will die within a week unless certain, unspecified act is performed. Sure enough, exactly one week after watching the tape, four unsuspecting teenagers die of heart failure, one after another. An uncle of one of the victims is a journalist who, intrigued with the bizarre deaths, begins to investigate them. His investigation soon becomes a race against time, before the tape claims more victims.

I cannot think of any single editor more qualified to helm an anthology of modern horror than Ellen Datlow. Nightmares, her latest themed horror anthology, collects the best short horror fiction from the last 10 years. Stories include ones where a home invasion goes horribly, horribly wrong for the invaders...and an antique bookseller teams up with a mob enforcer to retrieve the Atlas of Hell. Serving as a companion volume to Darkness: Two Decades of Modern Horror, this edition includes terrifying tales by Margo Lanagan, Gene Wolfe, M. Rickert, Richard Kadrey, Kaaron Warren, Garth Nix, Laird Barron and more.

Swift to Chase by Laird Barron

Speaking of modern horror and Laird Barron, you'd be hard-pressed to find a collection as suitable for Halloween reading than Barron's fourth collection. A peek at just some of the dozen stories contained herein: a modern day Jack the Ripper is set loose in a massive apartment complex during a blizzard; a team of man hunters, searching for a missing B-movie actor, crash lands in the Yukon Delta where their hell has only just begun; an atomic-powered cyborg war dog loyally assists his master with the overthrow of a dystopian empire in the far-future; and a man is stalked by a psychopathic sorority girl and her team of horrifically disfigured henchmen.

Homefront Horrors: Frights Away From the Front Lines, 1914-1918 edited by Jess Nevins

Horror stories have been around for centuries. What makes the years 1914 – 1918 so special? History! These were not only the years occupied by World War I, but also a golden era of the horror genre, just before "weird" became a new ingredient in horror fiction. Nevins attempts to capture the flavor of that era (particularly the anxiety and dread of wartime Britain) by showcasing the horror it produced. Perhaps surprisingly, the fiction of that five-year period was not anchored in horrific war stories, but was instead supernatural escapist fiction featuring ghosts, ghouls, and other malevolent spirits. The seventeen stories here include deals with devil, time travel, and a dead woman's reincarnation as an animal that haunts her friends.