Is Noir Possible in Iraq? On International Crime Fiction, Part I 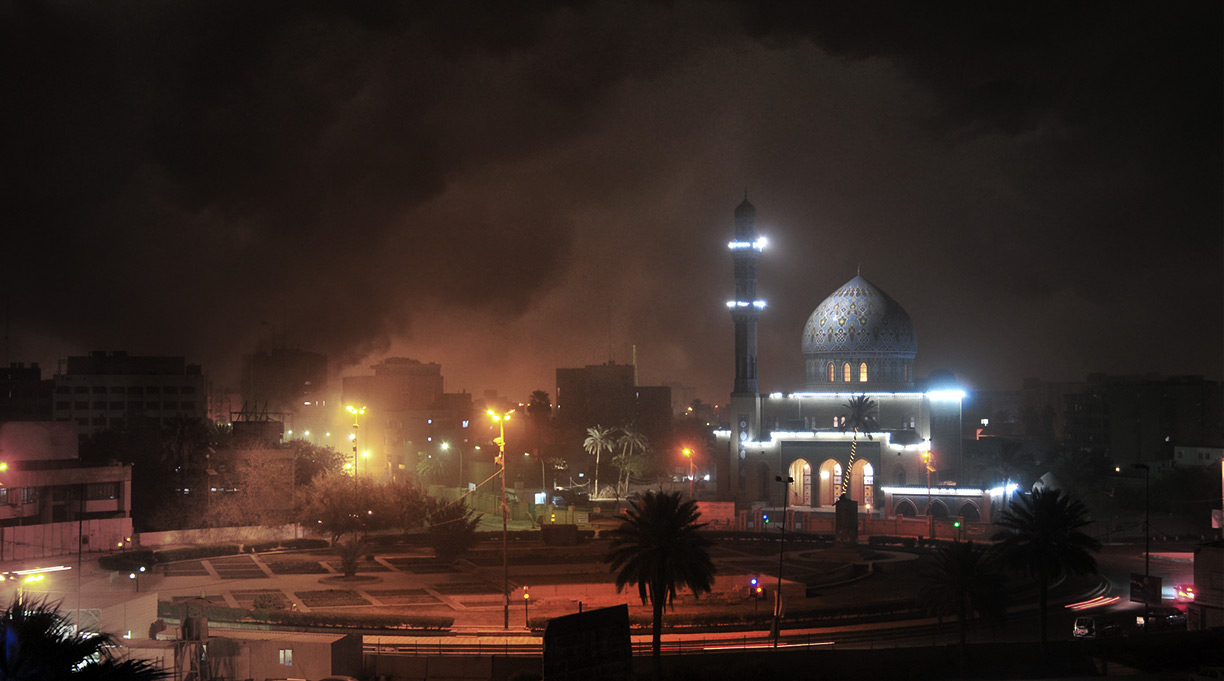 The question kept coming up while I read Baghdad Noir (Akashic Books), a riveting collection of stories by writers based in Iraq and abroad, edited by Samuel Shimon. The definition of noir is notoriously hard to pin down. In his essay “The American roman noir,” in The Cambridge Companion to American Crime Fiction edited by Catherine Ross Nickerson, Andrew Pepper notes that the “term roman noir—literally translated [from the French] as black novel—was only deployed in relation to a particular kind of American crime fiction as late as the 1980s,” and was used to describe a certain kind of fiction produced by American writers from the 1930s to the 1950s. (It is different from “hard-boiled” crime fiction inasmuch as hard-boiled focuses on “the detection of crime.”)

For me, noir as a literary form is a corollary to film noir, its cinematic version. As its name suggests, it presents a dark, almost theatrical version of reality, one which highlights and teases the interplay between light and shadows. Or, as Pepper describes it, the noir sensibility involves “an overwhelming sense of fatalism and bleakness, and a socio-political critique that yields nothing and goes nowhere.” It is also “premised on its opposition to all cultural and political orthodoxies.” That, however, assumes that there are some relevant cultural and political orthodoxies left to oppose.

As I read the stories in Baghdad Noir, many of which are set in Saddam-era Baghdad or after, I kept wondering how noir is possible in a place where violent deaths are a daily occurrence, where even the veneer of normalcy has already been shattered, and where reality seems darker than fiction.

Baghdad Noir is a recent addition to Akashic Books’ award-winning Noir Series set in cities around the world—from Beirut to Moscow, Singapore to Zagreb. Forthcoming titles include Accra Noir and Nairobi Noir (February 2020).   Shimon reminds readers that Iraq has lived its own “noir story,” starting with the Iran-Iraq War, in which “half a million men and half a million civilians [were] killed on either side,” followed by the invasion of Kuwait, followed by the U.S. invasion in 2003 and its aftermath. These “cemented the destruction” of Iraqi civil society, and the stories in the collection reflect resilience in the midst of “an ongoing, real-life milieu of despair that the literary form of noir can at best only approximate.”

As the narrator in Salar Abdoh’s “Baghdad on Borrowed Time,” says to a friend, “You know better than me many bombs went off in Karrada just this past month alone. How many dead? Sixty? A hundred? Two hundred? Even if the Baghdad police have the resources to go after a serial killer, which they don’t, I doubt they have the stomach for it right now.” Perhaps, as awful as the crimes of the serial killer are, they are, in a sense, a relief to the narrator because, unlike the bombs that seem to be going off constantly, the killer can be tracked down.

Could it be that since the everyday levels of violence and death are so high here, and reality itself is so bleak, that the “literary form of noir” (my italics), a form that focuses on darkness and despair, paradoxically provides some light by imposing order on chaos precisely because it is a form?

Crime fiction, however broadly we define it, is a popular genre, and a genre of order (even if it’s talking about disorder), a genre of beginnings, middles, and ends­­ (even if they’re out of sequence), a genre that searches for reasons and causes­­ (even if the final answer is that there’s no answer to be found). Even the bleakest of noir must follow some basic patterns in order to be recognizable as a form, and as part of the genre.

In the case of Baghdad Noir, noir seems to create a more manageable­ version of a devastating lived reality. The demands of the form help the narrator in Nassif Falak’s “Doomsday Book,” take action, and come to some sort of understanding or realization, when he discovers that his younger brother is a jihadi who kills on command, even though they both live in a world in which everyday modes of transportation such as city buses (repurposed American school buses) feel like “large multiple-occupancy coffins, and us the corpses, going to our final resting place in the graveyard that was Baghdad.”

So, instead of is noir possible in Iraq, the question seems to be what does noir become in Iraq? And it’s a question that each story in the collection attempts to answer. All of which is to say that noir, which grows out of the work of James M. Cain, David Goodis and others, and traditional mysteries epitomized by writers such as Agatha Christie, takes on a different character when it’s transposed to different eras and locations. In part, the time and place stretch and change the form, and in part, the form determines how the story will be told. Part of the pleasure of reading these stories is being plunged into unfamiliar territory, and part is reading about those worlds through the lens of literary forms with which we, as readers, are already familiar, and seeing where they take us.

Mystery correspondent Radha Vatsal is the author of  Murder Between the Lines and  A Front Page Affair. Sign up for her monthly newsletter here.