2020 Preview: Romance Fiction to Look for in the New Year 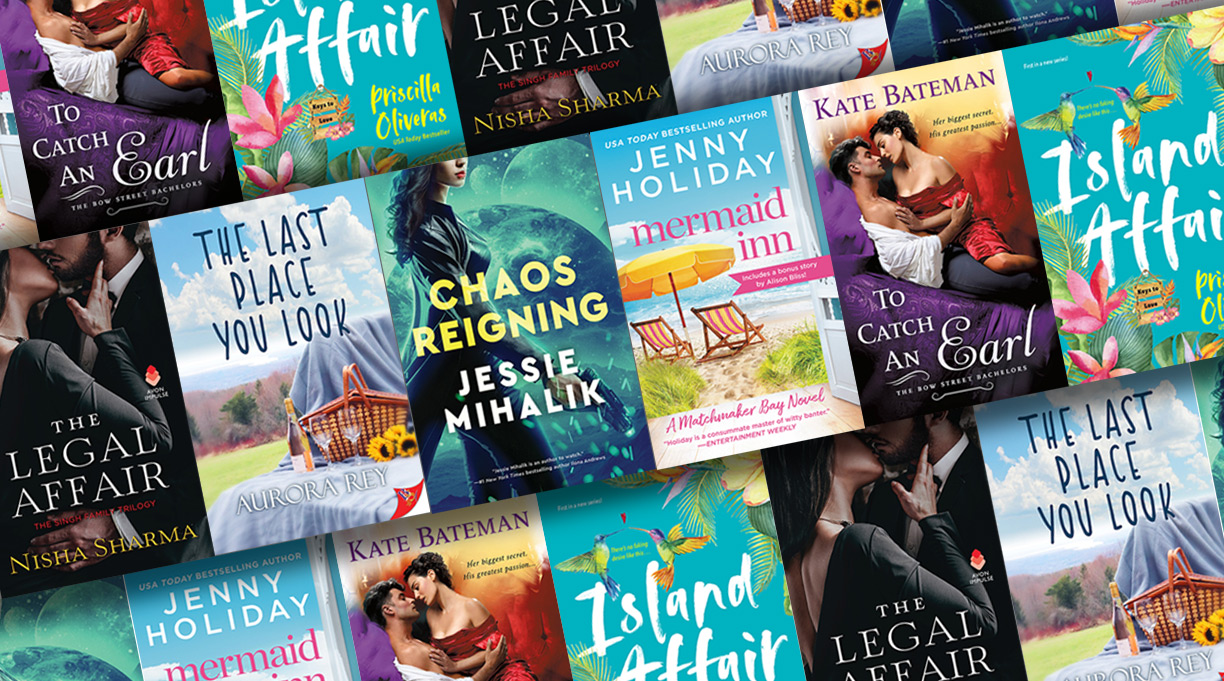 As soon as the “Best of 2019” lists are put to bed, it’s time to ring in the new year by uncovering the most anticipated books for 2020. It should be a very good year for romance, with six releases already earning a Kirkus star: The Prince of Broadway by Joanna Shupe (Avon/HarperCollins, Dec. 30), Love Lettering by Kate Clayborn (Kensington, Dec. 31), The One for You by Roni Loren (Sourcebooks Casablanca, Dec. 31), The Vanishing by Jayne Ann Krenz (Berkley, Jan. 7), Wicked Bite by Jeaniene Frost (Avon/HarperCollins, Jan. 28), and The Worst Best Man by Mia Sosa (HarperCollins, Feb. 4).

Here’s a bouquet of romances that I’m excited to pick up in 2020.

Mermaid Inn by Jenny Holiday (Forever, Jan. 28): Eve Abbott inherits an inn on the shores of Lake Huron from a beloved aunt. Sheriff Sawyer Collins never got over his affair with Eve and can’t resist her now that she’s back in town. Holiday has a gift for showing all the messy foibles of her characters with humor and grace.

Hearts on Hold by Charish Reid (Carina Press, Feb. 3): Professor Victoria Reese and children’s librarian John Donovon are working together on a community partnership. When John realizes Victoria has a secret love of romance novels, their business relationship develops into love. Sure to please readers looking for meta-commentary about the romance genre.

A Cowboy to Remember by Rebekah Weatherspoon (Dafina, Feb. 25): Evie Buchanan hasn’t been back to the dude ranch where she grew up in years. After Evie gets amnesia from a fall, childhood friend Zach Pleasant is called to pick her up from the hospital. Zach hopes to convince her that they have a future together—but that’s impossible if she can’t remember their past. Weatherspoon delivers another irresistibly charming hero.

Dear Enemy by Kristen Callihan (Montlake, March 31): Delilah never liked Macon Saint, not when they were kids, nor when he dated her sister as teenagers. Ten years later, Delilah has to work off her sister’s debt if she wants to keep the peace in her family. The premise allows Callihan to deliver a trope she has mastered: coldly furious enemies morphing into lovers.

The Last Place You Look by Aurora Rey (Bold Strokes Books, April 14): It’s bad enough that Julia Pierce’s wife dumped her for a personal trainer, but now Julia must go home and work for her family’s winery. High school friend Taylor has always had a crush on Julia and sees her chance to finally win Julia’s heart. Rey excels at crafting sexy, emotionally satisfying romances.

The Legal Affair by Nisha Sharma (Avon Impulse, April 14): Ajay Singh has been patiently waiting in the wings to become CEO of his family’s business. When external forces threaten the company, he teams up with lawyer Rajneet Kaur Hothi. Ajay appreciates her legal expertise but wants a future with her as a lover. Sharma successfully mixes a hot, satisfying romance with a tightly plotted business crisis.

Island Affair by Priscilla Oliveras (Kensington, April 28): Sara Vance dreads an upcoming family vacation to the Florida Keys—she’s the only one of her siblings who is unattached. She convinces handsome firefighter Luis Navarro to pretend to be her fiance, but every romance reader knows that fake dating will turn to true love. This is the start of a new series from reader favorite Oliveras.

The Virgin and the Rogue by Sophie Jordan (Avon, April 28): Here’s all you need to know: the plot involves a virgin, a rake, and a love potion. Sophie Jordan has a gift for placing serious characters into quirky, charming plots; it’s a recipe for success in every single one of her books.

Chaos Reigning by Jessie Mihalik (Harper Voyager, May 19): Catarina, the youngest daughter of House von Hasenberg, goes on an epic space adventure. During her investigation of a rival house, her sisters insist bodyguard Alexander Sterling must pose as her lover for her safety. This is the final installment in a dazzling sci-fi romance series that celebrates the power and ingenuity of women.

Real Men Knit by Kwana Jackson (Berkley, May 19): Jesse Strong and his brothers inherit their mother’s knitting shop, but he’s the only one who wants to keep it open. He teams up with clerk Kerry Fuller in an attempt to save the store. Jackson knits a delightful love story in this first book of a new series.

Conventionally Yours by Annabeth Albert (Sourcebooks Casablanca, June 2): Conrad Stewart and Alden Roth are mortal enemies when facing off at their favorite tabletop card game, Odyssey. When the two embark on an epic road trip to a gaming convention, will their animosity turn to love? Albert’s funny, tender story explores how the best laid plans are derailed by love.

To Catch an Earl by Kate Bateman (St. Martin’s, June 30): Alex Harland, Earl of Melton, is working with the Bow Street Runners to find the thief stealing France’s crown jewels. He never suspects that beautiful Emmy Danvers holds the keys to both the mystery and his heart. This is Bateman’s second fast-paced and wildly entertaining Regency romance.