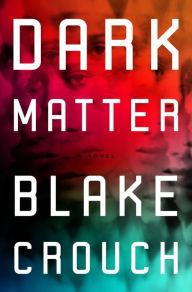 Over the last two weeks, we've looked at the science-fiction, fantasy and horror books being released through July, but 2016 isn't done with genre fiction yet! Here's what the rest of the year has in store….

August brings lots of action, both space-based and Earthbound. China's most celebrated science-fiction author, Cixin Liu, concludes his epic trilogy with Death’s End, which takes place 50 years after a Doomsday Battle during an uneasy and fragile peace. Astronauts try to save the world from a pending asteroid strike in On to the Asteroid by Travis S Taylor and Johnson Les. Nightmarish creatures are unleashed on a war-torn Paris as the result of a Surrealist bomb in China Miéville's The Last Days of New Paris. Hugh Howey's Beacon 23 shows what might happen when a space beacon doesn't work the way it’s supposed to. The thriller Myrmidon by

Chuck Wendig features a futurist who helps the FBI find out who is weaponizing nature. Dark Matter by Blake Crouch is a technological thriller in which a kidnapped man becomes unconscious and awakens in a different reality and the target of a deadly hunt.

August fantasy includes a nice selection of wondrous stories. The Obelisk Gate by N. K. Jemisin, for example, continues the gripping story set in a world of apocalypses. In Django Wexler's flintlock fantasy The Guns of Empire, an uneasy truce between warring lands is too precariously balanced to last for long. Kate Elliott's Poisoned Blade features a girl who's embroiled in a high-stakes competition and who also holds the fate of a kingdom in her hands. In An Accident of Stars by Foz Meadows, a woman stumbles through a hole in reality and finds herself trapped in a magical realm on the brink of civil war. The Trees by Ali Shaw shows what might happen if the trees could reclaim the land overnight. In Beth Cato's alternate-world standalone fantasy Breath of Earth, a young geomancer must rely on her unique magical powers to survive assassins and earthquakes. Urban fantasy is also heavily represented this month. In the Monster Hunters novel Grunge, Larry Correia and John Ringo bring a war veteran into the group that protects people from supernatural threats. Leanna Renee Hieber's Eterna and Omega sees British and American paranormal investigators clash over hidden occult power. Urban fantasy meets horror in Robert Brockway's comedic novel The Empty Ones, where a group of misfits fight mysterious angel-like creatures.

Short fiction readers should seek out The Year's Best Science Fiction & Fantasy Novellas: 2016 edited by Paula Guran and What the #@&% Is That?: The Saga Anthology of the Monstrous and the Macabre edited by John Joseph Adams and Douglas Cohen.

September's science fiction includes some exciting adventures in worlds both familiar and new. The Library of America's The Complete Orsinia by Ursula K. Le Guin collects three of the author's novels (Malafrena, Orsinian Tales and Other Tales) set in the fictional European country of Orsinia. Margaret Atwood tries her hand at graphic novels in Angel CatBird (illustrated by Johnnie Christmas), in which an accidental experiment by a young genetic engineer mutates him into a cat/owl hybrid. Fran Wilde follows up her sky adventure Updraft with Cloudbound, where readers get to explore more of that fascinating world. Navigators of Dune by Brian Herbert and Kevin J. Anderson, set thousands of years before the events in Frank Herbert's classic Dune, details the founding of the Spacing Guild. The post-apocalyptic Prince of Outcasts by S. M. Stirling, set on a future Earth where advanced technology doesn't work and feudalism has returned, features the titular character leading his people into a fierce battle. Everfair by Nisi Shawl is described as a NeoVictorian alternate history story that asks: what might have come of Belgium’s disastrous colonization of the Congo if the native populations had learned about steam technology a bit earlier? Meanwhile, Luna: Wolf Moon by Ian McDonald continues the cutthroat games corporations play to control Earth's moon. Also due this month: Eternity's Mind by Kevin J. Anderson, the grand finale of the Saga of Shadows series.

On the fantasy side, there's James Lovegrove's Age of Heroes, where the demigods of Ancient Greek myth are alive and well. Ok, maybe they're not well—they're actually dying—but they're certainly ready for war. Sarah Beth Durst launches a new epic fantasy trilogy with The Queen of Blood, set in a dangerous world where everything in nature has a spirit, and those spirits are bloodthirsty killers who seek the death of all humans. A Co

nversation in Blood by Paul Kemp reunites the author's Egil & Nix characters for more fun sword-and-sorcery adventure. Of Sand and Malice Made by Bradley P. Beaulieu is the epic fantasy follow-up to the much-loved Twelve Kings in Sharakhai.

Tantalizing short fiction books this month include Women of Futures Past: Classic Stories edited by Kristine Kathryn Rusch, Children of Lovecraft edited by Ellen Datlow, and Other Arms Reach Out to Me by Michael Bishop.

Descriptions of books start getting thin as far out as the last quarter of 2016. But what is known nonetheless sounds exciting. Deborah Teramis Christian's long-awaited sequel to her cyberpunk classic Splintegrate will be out in October. It features a professional dominatrix who's imprisoned, altered against her will, and turned into a brutal weapon by the government for their political agenda. Crosstalk by Connie Willis is described as a "futuristic Hollywood romantic comedy". Silvia Moreno-Garcia's Certain Dark Things is about a garbage-picking teen in Mexico City who falls for a vampire and gets pulled into a war between different factions of undead. At the Sign of Triumph by David Weber is the latest in the Safehold series, where the last remnants of humanity hide from the alien race that wiped out mankind. Treachery's Tools by L. E. Modesitt Jr. is the latest in the Imager Portfolio fantasy series, where people can visualize objects into existence. Cat Adams' Blood Singer urban fantasy series gets a new installment with All Your Wishes. Unhonored by Tracy Hickman and Laura Hickman continues the fantasy/mystery mashup that began in Unwept. Meanwhile, short fiction fans can look forward to The Best American Science Fiction and Fantasy 2016 by John Joseph Adams and Karen Joy Fowler, also being released in October.

In November, Jean Johnson's action-packed military science-fiction series The First Salik War (a prequel series to the also action-packed Theirs Not to Reason Why) gets a new installment with The Blockade. In it, the war continues, but the Alliance—the good guys—are losing. Badly.

December will see the publication of two books that are third in their respective series. In Strife's Bane by Evie Manieri and Miriam Weinberg (Book 3 in the Shattered Kingdoms series), an evil cabal threatens to undo the rebels' struggle to rebuild their desert kingdom. In Dead Man's Steel by Luke Scull (Book 3 in The Grim Company series), the company must battle a threat to all mankind.

Whew! 2016 is already shaping up to be quite a year for speculative fiction!