2020 Preview: What Our Fiction Editor Will Be Reading This Year 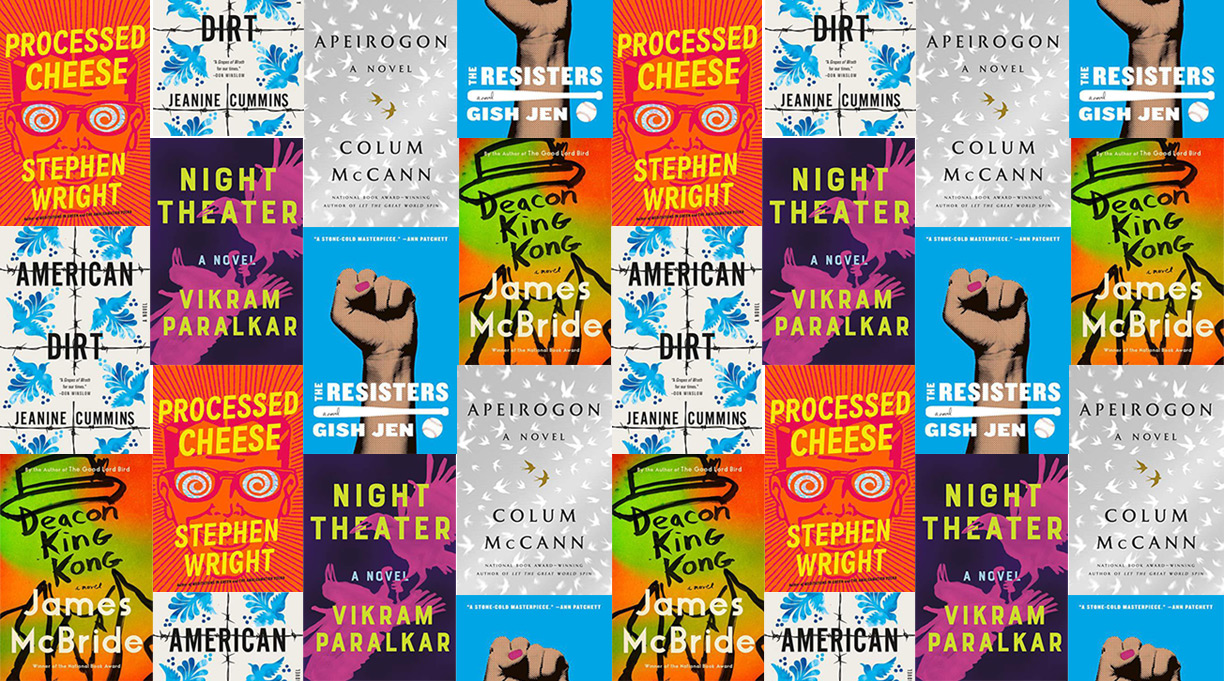 If I could read only one book in 2020, I know what it would be: The Mirror & the Light, the long-awaited conclusion to Hilary Mantel’s Thomas Cromwell trilogy. Ten years ago, I wrote this on Facebook: “I finished Wolf Hall and wished it would never end. Which is strange, for a 532-page book about Thomas Cromwell.” One of my friends, a book publicist, responded, “What is Wolf Hall? Do I need to read it?” What a difference a decade—as well as one sequel, two Man Booker Prizes, a Broadway play, and a TV show—can make. Holt will be publishing the book on March 20, and I’m counting the days.

Fortunately, no one is actually stopping me from reading other books, and there’s a lot to be excited about. N.K. Jemisin’s Broken Earth trilogy is the SF version of Mantel’s Cromwell books prizewise; she won three Hugo Awards in a row for the three volumes. Now she’s turned to fantasy with The City We Became, about the great metropolis of New York battling to come to life. Our starred review calls it “fierce, poetic, uncompromising” (Orbit, March 24).

I’ve been hearing great things about Jeanine Cummins’ American Dirt, about a mother and son who travel more than 1,000 miles to escape a Mexican drug cartel. Our starred review says, “Intensely suspenseful and deeply humane, this novel makes migrants seeking to cross the southern U.S. border indelibly individual” (Flatiron, Jan. 21). I’ve long been a fan of Stephen Wright’s hallucinatory novels; Processed Cheese is his first in more than a decade, and our starred review says “this dark, harrowing, and wildly funny novel somehow both challenges and affirms that tried-and-true adage: Money isn’t everything” (Little, Brown, Jan. 21).

Colum McCann’s Apeirogon is an audacious novel about an Israeli man and a Palestinian man who both lose their daughters to violence and who become advocates for peace; our starred review calls it “a soaring, ambitious triumph” (Random House, Feb. 25). Gish Jen is another author whose books I always look forward to; The Resisters is her first since 2010, and it’s a new direction: a dystopian novel in which baseball offers a way out for a girl who’s born into an oppressed class. “The juxtaposition of America’s pastime and the AI–enabled surveillance state Jen presents here is brilliant,” according to our starred review (Knopf, Feb. 4). Baseball is also central to The Cactus League, a debut novel by Emily Nemens, the editor of the Paris Review (FSG, Feb. 4); I’m eager to find out how these two women approach the sport that’s been so closely associated with literary men.

There are some other exciting debut novels coming up, including Trans(re)lating House One by Poupeh Missaghi, which is “set in Tehran [and] aims to unknot the city's tangled secrets—its art, its violent histories—and illuminate inhabitants living and dead” (Coffee House, Feb. 4). Night Theater by Vikram Paralkar is about a surgeon who tries to revive a dead family in a remote village in India. Our starred review calls it “a beguiling and unforgettable fable” (Catapult, Jan. 14).

In the department of everything old is new again, I’m looking forward to reading The Women in Black by Madeleine St. John, originally published in 1993 and now reintroduced by Scribner (Feb. 11). Our review makes it sound like exactly my cup of tea: “In this witty little gem of a tale, reminiscent of Barbara Pym and Muriel Spark, three women working at a posh department store see their lives turn important corners while a fourth lends a helping hand.”

James McBride’s Deacon King Kong is “an exuberant comic opera set to the music of life” (Riverhead, March 3). In We Ride Upon Sticks, Quan Barry imagines a Massachusetts field hockey team as a coven of witches tempted by the devilish Emilio Estevez (Pantheon, March 3). Ali Smith will publish Summer, the last book in her Seasonal Quartet (Pantheon, Aug. 4). Louise Erdrich returns with The Night Watchman (Harper, March 3). Walter Mosley will bring back private eye Leonid McGill for the first time in five years in Trouble Is What I Do (Mulholland, Feb. 25). Lily King, winner of the inaugural Kirkus Prize in Fiction, returns with Writers & Lovers, in which “a Boston-area waitress manages debt, grief, medical troubles, and romantic complications as she finishes her novel” (Grove, March 3). There should be enough fiction coming out to take our minds off the election when we need a break!