6 New Works of Fiction From the Asian Diaspora 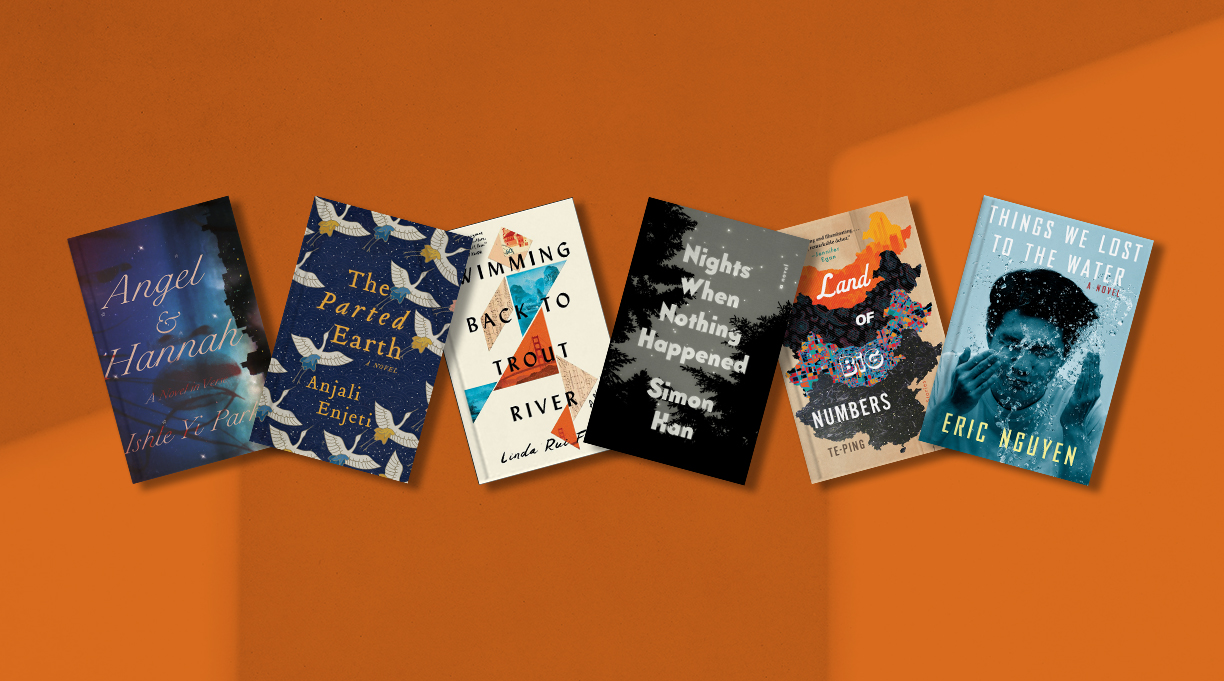 After a year that’s seen rising hatred and violence directed at Asian Americans, it’s a good time to be reminded of the wonderful diversity of literature written by Asians and Asian Americans. This year has seen the publication of new novels by Chang-rae Lee and Viet Thanh Nguyen, two of the best-known Asian American authors, but I’ve also been delighted to discover a cornucopia of debut writers:

Te-Ping Chen is a reporter for the Wall Street Journal, and her debut story collection, Land of Big Numbers (Mariner, Feb. 2), shows her journalistic attention to detail. Our starred review said, “Chen’s stories speak to both the granular mundanities of her characters’ lives and to the larger cultural, historical, and economic spheres that they inhabit. She is a tremendous talent.”

Anjali Enjeti is having a moment, with the publication of both The Parted Earth (Hub City Press, May 4), her first novel, and Southbound (Univ. of Georgia, April 15), her first collection of essays. Set in New Delhi in 1947 and Atlanta in 2016, The Parted Earth is a multigenerational tale that explores a family’s life in the aftermath of the Partition of India. Our review says there’s a “pulse of truth that makes this book feel so urgent and important.…Illuminating, absorbing, and resonant.”

Linda Rui Feng was born in Shanghai and now teaches Chinese history at the University of Toronto. After several nonfiction books, she’s written her first novel, Swimming Back to Trout River (Simon and Schuster, May 11), about Cassia and Momo, a Chinese couple who move to the middle of the U.S. for Momo’s graduate work, leaving their daughter, Junie, behind with her grandparents for several years. Cassia and Momo have never shared with each other their experiences during the Cultural Revolution; our starred review says, “With disarmingly quiet prose, Feng digs beneath Cassia’s and Momo’s reluctance to mine their emotional depths as they struggle to grasp their individual experiences as well as their fractured relationship.”

Nights When Nothing Happened by Simon Han (Riverhead, 2020) introduces the Chengs, a family of Chinese immigrants in the Dallas suburbs. Like the family in Swimming Back to Trout River, the Chengs were separated while the parents pursued their education in the U.S., but as our starred review said, “Han expertly shifts the ground under the narrative, constantly shaking the snow globe to nudge the reader’s perspective away from the familiar.…Han’s characters are authentic, vulnerable, and utterly convincing, delivering one dynamite novel.”

The title of Things We Lost to the Water by Eric Nguyen (Knopf, May 4) refers both to the things Hương’s family lost when they got on a boat to leave Vietnam in 1978, but also to the ever present threat of flooding in New Orleans, their new home. The first loss was Hương’s husband, Công, who for some reason didn’t get on the boat and who finally answers her letters with a postcard saying “Please don’t contact me again.” Our review says, “Nguyen movingly portrays the way adopted homes can become as cherished and familiar as ancestral ones (Hương on New Orleans: ‘She realized this had become her city, the place she lived but also a place that lived in her’) but also the truth that new loves can never quite heal old wounds.”

Ishle Yi Park is a poet—she’s a former poet laureate of Queens, New York—who has now written a novel in verse, Angel and Hannah (One World, May 11), an updated West Side Story about the love between a bookish Korean American girl named Hannah and her Boricua love, Angel, who’s struggling with drugs. Our review calls it “a tender and honest story of young love striving to survive the streets.”