A Young Readers’ Editor Ventures Into the Unknown 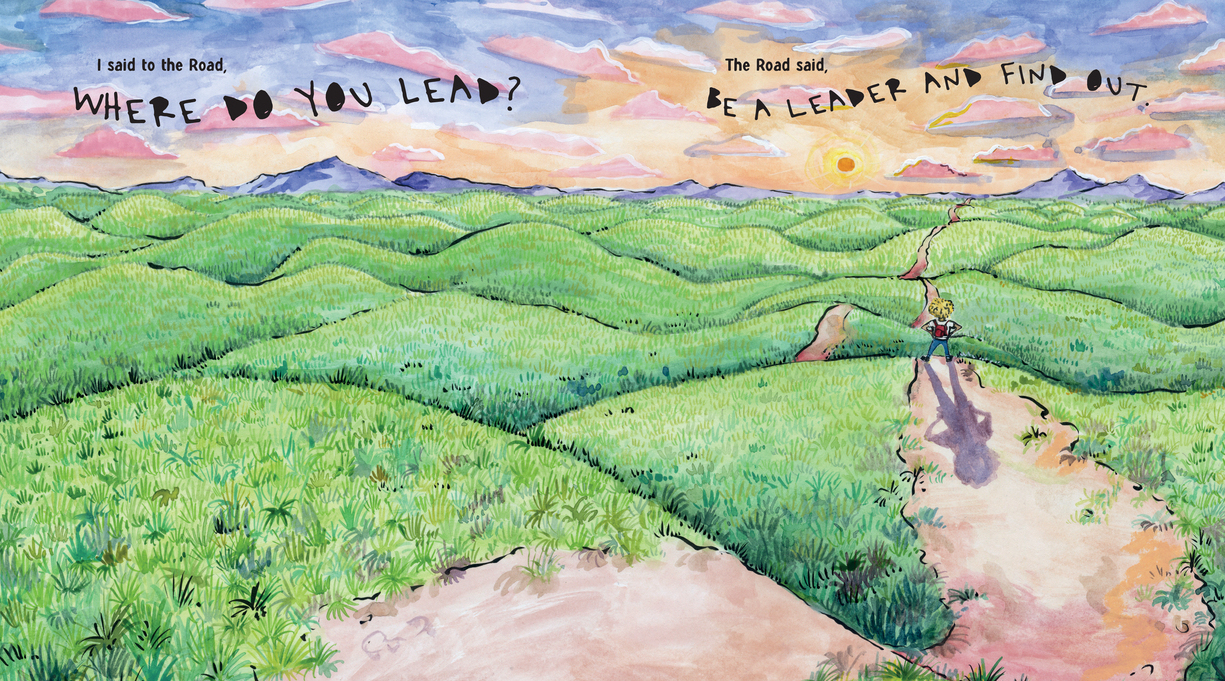 Illustration by Lucie de Moyencourt from ‘What the Road Said’ by Cleo Wade (Feiwel & Friends, 2021)

One of the things adults find puzzling about young people, not to mention maddening, is their legendary unwillingness to furnish a definite answer. “I don’t know,” reinforced by a blank stare and punctuated with a noncommittal shrug, is a common conversational defense of the young person being questioned. It’s not surprising then that as adults, we often see children as the fuzzy set, the fence-sitters, the willful wafflers, and we balk at the specter of such childlike incertitude.

I recently joined the Kirkus team as a young readers’ editor, and someone asked me what I thought I could accomplish during my tenure. Hewing to the unspoken rules of adulthood, I fashioned a surefire response, one grounded in my knowledge of publishing trends and children’s book diversity statistics and in the standpoints that drive my work. I omitted what I’ll deign to mention now: my acquired wariness of trends; my nagging concern that an overly data-minded publishing industry could too easily become data-blinded; and the ambivalence I sometimes feel that is a normal part of being human. After all, to admit uncertainty, or even ignorance, can be hazardous given the rock-ribbed, need-to-know basis of many an adult conversation.

Young people want a different kind of conversation, one less concerned about knowing and more attuned to fostering connection. Books for young readers must illuminate the big questions of modern life, and no children’s book can ever be innocent of ideological freight. However, we who are “minders of make-believe”—Leonard Marcus’ phrase for the idealists and entrepreneurs shaping children’s literature—must always remember that for young readers, connection trumps conclusions. “I don’t know,” that de facto mantra of young people that resists rigid overcommitment to beliefs and identifications, should also be our humble, courageous stance as we empower them to have the types of conversations they want to have. To read is to be in conversation with books, and the great conversation of literature should first and foremost satisfy young people’s need for human connection.

Our current historical moment is one marked by a fierce and atomizing battle of ideologies, not all of them harmless. Perhaps the most dangerous of all is the ideology of certainty. In recent years, children all over the world glommed on to “Let It Go” and “Into the Unknown,” the marquee ballads from Disney’s Frozen and Frozen 2, animated films inspired by Hans Christian Andersen’s 19th-century fairy tale “The Snow Queen.” The unparalleled fervor with which children ceaselessly sang and resang the lyrics of the songs (driving many adults bonkers in the process) evinces not just the power of the euphoric, propulsive musical scores, but young people’s timeless allegiance to the freedom and wisdom of the unknown. Like the Frozen songs, children’s books can be for readers of all ages a bulwark against the fanatical certainty of an increasingly algorithmic culture.

Speaking of bulwarks, one of the boons of joining Kirkusis the incredible opportunity to work with so many people who love children’s books and regard them with both conviction and curiosity. Outgoing young readers’ editor Vicky Smith, who has left to return to the library world, has been a dynamic apostle for literary culture, a champion for diversity, and a den mother for young readers. Over the past 13 years, her searching editorial columns and energetic conversations with authors and illustrators have helped lift the world of children’s literature to a higher sphere. To take up the torch she carried is one of the greatest honors of my career.

The question that now remains is, to where shall I bear the proverbial torch? Well, into the unknown, of course.