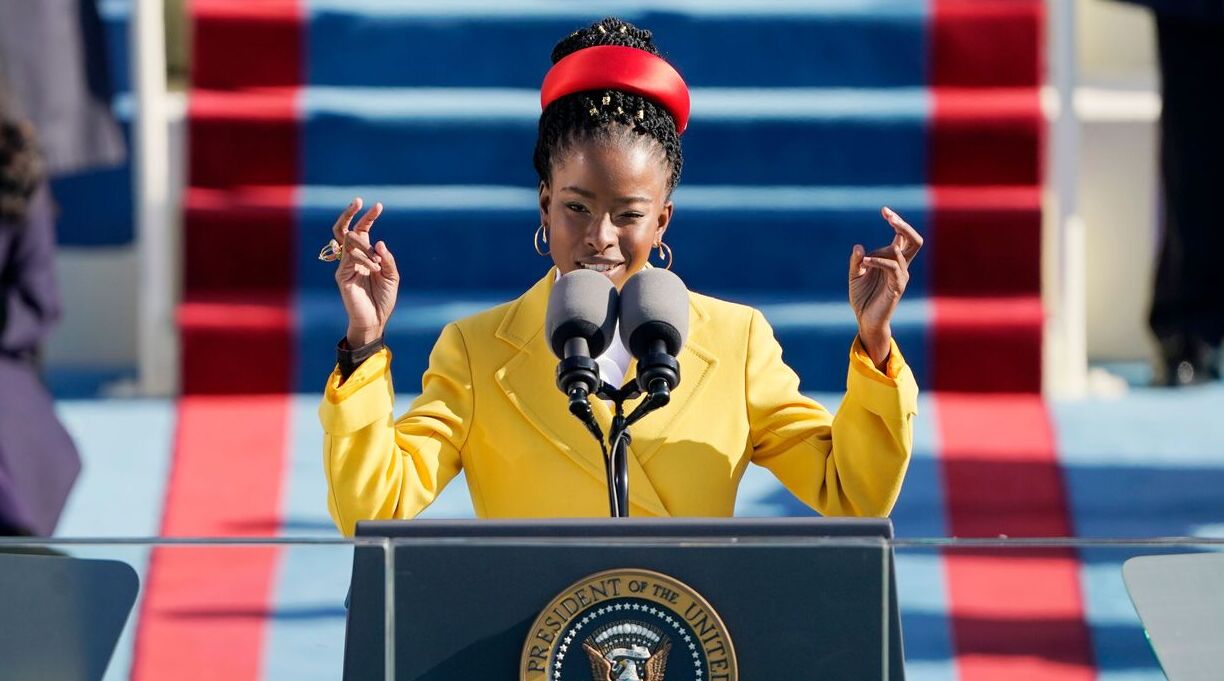 Superstar poet Amanda Gorman has revealed the title and cover for her next collection, Publishers Weekly reports.

Gorman’s Call Us What We Carry will be published by Viking later this year. The collection was previously titled The Hill We Climb and Other Poems, named after the poem she read at President Joe Biden’s inauguration in December.

“Bursting with musical language and exploring themes of identity, grief, and memory; this lyric of hope and healing captures an important moment in our country’s consciousness while being utterly timeless,” Viking said on a webpage for the book.

Gorman, 23, served as America’s first National Youth Poet Laureate before reading “The Hill We Climb” at Biden’s inauguration. She quickly became a star in the poetry world, later becoming the first poet to perform at the Super Bowl.

“The Hill We Climb” was published -in March as a standalone book. In September, Viking Books for Young Readers plans to publish her first children’s picture book, Change Sings, illustrated by Loren Long.

“I wrote Call Us What We Carry as a lyric of hope and healing,” Gorman said. “I wanted to pen a reckoning with the communal grief wrought by the pandemic. It’s been the hardest thing I’ve ever written, but I knew it had to be. For me, this book is a receptacle, a time capsule both made by and for its era. What is poetry if not a mirror for our present and a message for our future?”

Call Us What We Carry is scheduled for publication on Dec. 7.