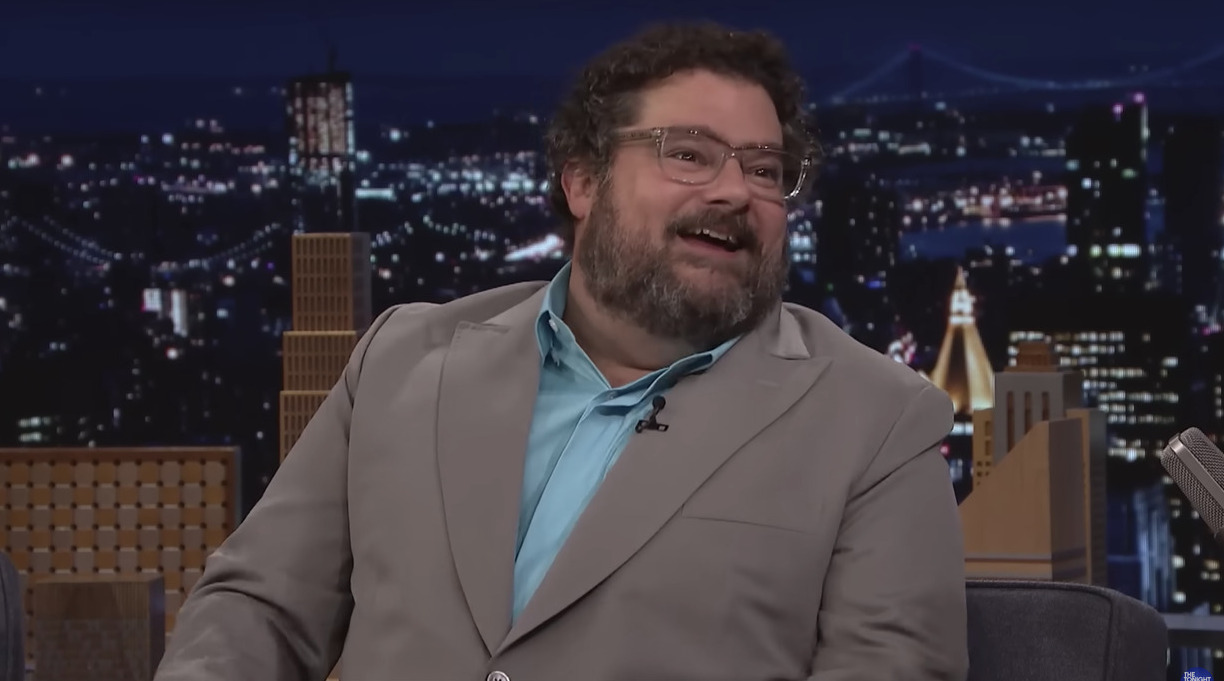 Actor and comedian Bobby Moynihan stopped by The Tonight Show to discuss his new children’s book, Not All Sheep Are Boring!

The former Saturday Night Live cast member’s book, illustrated by Julie Rowan-Zoch, was published Tuesday by Putnam. The book is narrated by a toad who takes exception to people counting sheep to fall asleep; he introduces young readers to a variety of other interesting ungulates. A critic for Kirkus wrote of the book, “Hopefully readers’ own flocks are either livelier or more conducive to sleep; this toad’s will do in the meantime.”

Moynihan told host Jimmy Fallon that he was inspired to write the book while reading to his 5-year-old daughter at bedtime. “Why do we count sheep, specifically, to fall asleep?” Moynihan recalled thinking. “Are they all boring? I wanted to get to the bottom of that.”

Fallon couldn’t resist asking Moynihan about the dedication page of his book, which features a long list of names, including “the beverage Peach Snapple” and actor Keanu Reeves, whom Moynihan thanks “FOR ALWAYS BEING SO GREAT.”

What did Reeves do to support the book, Fallon asked his guest? “Nothing,” Moynihan admitted. “Keanu Reeves probably doesn’t know this book exists, and I’m fine with that because he’s a nice man who treats people well.”

Moynihan also noted that he didn’t have room to thank everyone in the dedication, so he set up a website, peoplewhodidnotfitinthededicationofnotallsheepareboring.com, to extend his gratitude even further. Those thanked there include Guy Fieri, hot sauce, “a goose,” potatoes, and “anyone who has ever worked at a Pizzeria Uno.”