A Cold and Distant January 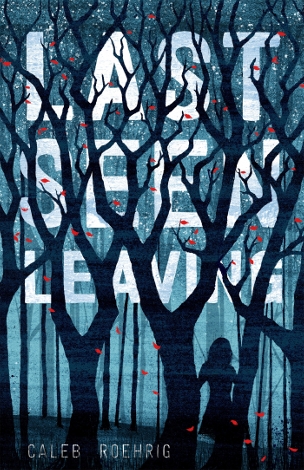 Cover Story: Into the Woods

I love this cover—the title intertwined with the dark tree branches, and the girl’s silhouette, definitely gives off a “mystery/thriller” vibe without being cheesy.

January, Flynn’s gorgeous and rich girlfriend, has disappeared—right after they got into a big fight and broke up. When the police come knocking on Flynn’s door, it’s news to him. All of this because he didn’t want to have sex with her?

Except that January had been acting weird for a while, by then, and Flynn can’t shake the feeling that her disappearance was anything but voluntary. The police agree. Armed with very little but his knowledge of January—who seems more mysterious by the minute—Flynn tries to find his missing girlfriend and clear his name.

Flynn is the very definition of A Good Kid: not so pure as to be a killjoy, but his heart’s in the right place. It’s tough to watch him struggle with his feelings all alone—sure, his well-meaning parents are trying to help, but it’s kind of hard to talk to your parents about sex when you’re 15.

Without spoiling the object of Flynn’s real affections, there is a sweet romance that develops out of January’s disappearance. It’s not that he’s moved on suddenly, so much as that he and January had been on the outs for so long that they were more or less already broken up for quite a while.

Even when Flynn and his pals are going through increasingly incredible circumstances, his voice always seems realistic. Flynn’s a little bit smart-assed, a little sensitive, and a lot obsessed with the mystery of where January disappeared to.

I think the book’s major drawback is that while the mystery was well-layered, with many twists and turns (I actually didn’t guess at the culprit until late in the book, which is usually not the case!), by the time we find out who is responsible for January’s disappearance, they seem like Snidely Whiplash tying girls to train tracks.

I don’t know that if this is a “me” problem—in that I’m old enough to spot inconsistencies in police work and I know that real villains rarely give a speech before trying to kill Our Hero—or if this ending really was as off-the-rails as I think it is. Take my critique with a grain of salt.

With a name like that (and a similar physical description), can you really blame me for picturing January Jones the entire time?

Relationship Status: Nancy Drew is Here For You

Book, our date wasn’t what I expected—which was a good thing! You managed to keep me guessing for quite a while, which is no small feat, and, at our date’s peak, you reminded me an awful lot of my childhood favorite, Nancy Drew. I actually think you two might be a better match—but keep me posted on the mysteries you guys solve.