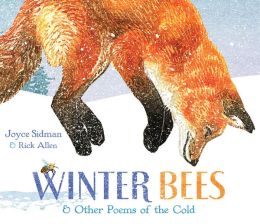 Picture this: you’re in beautiful Jackson Hole, Wyoming, surrounded by the breathtaking and dramatic Teton mountain range. You visit the National Museum of Wildlife Art, whose building is itself a work of art. Set upon a cliff overlooking the National Elk Refuge, the museum, whose design is inspired by the ruins of Slains Castle in Aberdeenshire, Scotland, is an integral and seamless part of the very landscape itself. You spend a day watching award-winning picture-book illustrators talk to children and their parents about the work they do, after they share their books in story time. This all occurs in the museum itself, which pays tribute to the rich tradition of wildlife art in this country and beyond.

This was my experience two weeks ago, as I visited the museum to celebrate six years of the Bull-Bransom Award. As its home in cyberspace will tell you, the award is given annually to recognize excellence in the field of children’s book illustration with a focus on nature and wildlife. It’s given to illustrators who live in the United States—and for picture books published in the previous calendar year by American publishers. It’s an award that can be given posthumously as well, though the six winners since the award’s inception in 2010 are very much alive and well: Jerry Pinkney won in the award’s first year for The Lion & the Mouse, also a 2010 Caldecott Medal winner; Kevin Waldron, born in Dublin but living and working in New York City, received the 2011 award for Michael Rosen’s Tiny Little Fly; Sylvia Long won in 2012 for Dianna Hutts Aston’s A Butterfly is Patient; Eric Rohmann received the 2013 award for Candace Fleming’s Oh, No!; Peter Brown won last year for Mr. Tiger Goes Wild; and this year’s winner is Rick Allen for his elegant and textured linoleum print illustrations in Joyce Sidman’s Winter Bees & Other Poems of the Cold.

Winners receive $5,000 and a custom bronze medal. Says reigning medalist Rick Allen, the financial aspect of the award is “a generous gift that could actually make a difference for th

e artist who receives it. What award for illustrating children's books does that? How many awards of any kind do that? It's surprising. And it leaves you astonished…at the generosity of spirit behind the award, and the fact that so few illustrators have heard of it.”

It’s true. The award is relatively young, and perhaps that is why it hasn’t quite landed on the radar of many people in the field of children’s literature. Receiving the award, Allen tells me, was a surprising experience in almost every way. “I hadn't even known of the award until I was notified that Winter Bees was one of five finalists,” he says. “Reading up about the award online…and seeing that the previous five winners were all well-known, respected illustrators with many books and awards to their names didn't make me think it was probable that I'd be selected to join their ranks. And I didn't necessarily view my prints as wildlife art. So I was surprised when Bronwyn called and told me that I had in fact won the sixth Bull-Bransom award.”

That’s Bronwyn Minton that Rick speaks of. She’s the Assistant Curator of Art at the museum and coordinator of the award, which was founded by Lynn Friess, a member of the museum’s Board of Trustees. My own experience with the award includes serving as a sort-of consultant for the 2013 award (making recommendations for eligible titles) and then as a judge for the past two years. When Bronwyn first contacted me in 2012 about it, her passion for picture books was evident. “I was greatly influenced by all of my picture books as a child,” she told me then, “and, luckily, my mother saved them all and I am now able to read them to [my child].” In a recent conversation we had, she talked as only a true art-lover would about how the art we see as children is formative, whether we consciously note its impact or not. And she recalled only recently stumbling upon and re-reading a picture book from her childhood that “flooded my brain with the feeling of being a child again”—as if she had received an invaluable gift from the experience.

The award is named after Charles Livingston Bull and Paul Bransom, who were among the first American artist-illustrators to specialize in wildlife. Both artists, as the museum likes to point out, had a huge impact on younger artists—and both Bull and Bransom also illustrated numerous children’s books. Bronwyn feels that one of the benefits of the award is bringing recognition to these artists, as well as “bringing people into the museum and sharing what we do.” The museum’s impressive and varied collection, which those of us attending this event two weeks ago were able to explore up close, includes North American wildlife art and is supplemented with art found the world over. “The tours of the museum we took over several days,” Allen explains, “can't help but expand how you look at art representing nature and how the picture books we love—and some of us illustrate—fit into a larger tradition. Wildlife art isn't just duck stamps and The Monarch of the Glen. My experience out in Jackson Hole may change the way I approach what I do—and the prints I'll make.”

It’s a museum collection that aims to inspire appreciation of our relationship with nature. It’s for this reason that the award can be given to fiction picture books that capture larger themes of nature, as well as books explicitly about the natural world, such as A Butterfly is Patient and Winter Bees. When I first heard about it, I mistakenly assumed it was given solely to information books about nature or wildlife. But it’s given to “books that fit the spirit and mission of the museum,” Bronwyn explains, no matter if it is a fictionalized story or a nonfiction book. “Mr. Tiger Goes Wild, for instance, captures our need for wildness and how we get ideas of that from animals.”

“The diversity of artistic styles in the previous award winners speaks to the wide inclusiveness of the award,” adds Allen, “from Jerry Pinkney's detailed wordless telling of Aesop's fable and Sylvia Long's science-based book on butterflies, to Kevin Waldron's, Peter Brown's, and Eric Rohmann's whimsical works. And when you look at them in all their diversity, you realize that they are all wildlife art; we'd certainly thin out the canon of children's picture books if we got rid of animals and nature.”

The museum’s current goal, Bronwyn explains, is to mount an exhibit of art and preliminary images (sketches, dummy images, etc.) from each award-winning book thus far. “Someday,” she says enthusiastically. “Someday we hope to do that.”

Having visited the museum myself and spent time with the books in the six years of the award, as well as their illustrators (only Eric Rohmann couldn’t attend the anniversary celebration two weeks ago), I can tell you it will be a tremendously rewarding exhibit, especially since the staff there are devoted to this award—and getting the word out about it and how much it means to the museum.

I can only imagine that it’s a magnificent honor to win—and, quite possibly, the coolest children’s book award you’ve never heard of. Well, until now.