Counting Down to Midwinter 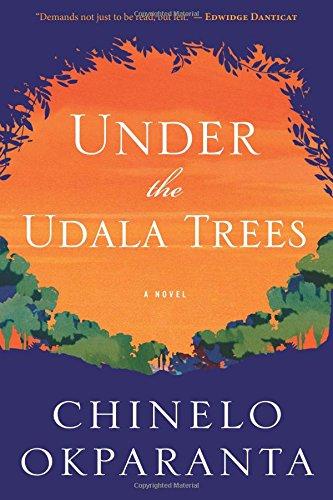 The American Library Association’s Midwinter Meeting starts in a little under two weeks. Most people look forward to the conference because it’s when the Youth Media Awards are held—when we get to find out which books won the Newbery and the Caldecott and the Printz and the Pura Belpré and the Stonewall and the Coretta Scott King awards. For award and book list committee members—the folks who are tasked with actually making those decisions and drawing up all of those best-of lists—Midwinter also means in-person deliberations.

It’s the time for lively discussion and rigorous debate, and even though all of those committee members have been reading and analyzing intensely all year long, as Midwinter approaches, they’ll be dialing that intensity up even higher—way past eleven. As I’m reading for the Amelia Bloomer Project this year, I know of what I speak—my reading, for quite some time now, has been all-Bloomer, all the time.

Here are my three favorites from the last week:

Sorcerer to the Crown, by Zen Cho

A fantasy set in an alternate version of Regency England. It stars Zacharias, who is grieving the death of his adopted father, Sir Stephen, while simultaneously keeping a large secret about the details of Sir Stephen’s death. He’s ALSO trying to fulfill his duties as the new Sorcerer Royal—and the first-ever Black Sorcerer Royal—a difficult task made even more difficult by the fact that he has to contend with racist garbage from most of his peers. Enter Prunella Gentleman, a young woman who exhibits hugely powerful magical strength… which seems an odd thing, given that women are barred from working magic due to their presumed status as the ‘weaker sex’.

THIS BOOK IS A TREASURE. It’s funny and smart, with dialogue and situations that will appeal to anyone who loves the comedy-of-manners subgenre. Which would be plenty for me to adore on any given day. But there’s more than that. The overall characterization, and the nuance with which Cho writes Zacharias’ balancing act as a Black man in a very, very White world—especially in regards to his feelings about his childhood and his relationship with Sir Stephen—is stellar. Also, there is a dragon. And a mermaid. And another dragon. HOW HAS THIS NOT BEEN MADE INTO A MINISERIES YET?

Under the Udala Trees, by Chinelo Okparanta

Shortly after her father dies during a bombing during the Nigerian Civil War, 11-year-old Ijeoma’s mother sends her away to live with friends while she works to create a new home for them in another town. During their separation, Ijeoma meets—and falls in love with—Amina, another girl without a home. When their romance—which is culturally forbidden on the grounds of ethnicity, religion, and gender—is discovered, the girls are separated and forbidden from seeing one another. But later, they end up at the same school.

This is one of those books that I couldn’t stop reading—so much so that I fell into it again and again, almost without even meaning to. I’d put it down, meaning to get work done, and some time later, I’d find myself reading again, other tasks forgotten. The relationships—between Ijeoma and her mother, Ijeoma and Amina, Ijeoma and her husband, Ijeoma and her daughter—are so meaty and complicated and REAL, and the depiction of love and identity and humanity in the face of violence and hate and anger is both devastating and heartening.

Trainwreck: The Women We Love to Hate, Mock, and Fear… and Why, by Sady Doyle

I read this book in small chunks because it kept filling me with such rage that I had to go and walk it off before diving in again. It’s about celebrity and culture, about how we build women up only to tear them down again… and how we, as consumers, ENJOY it.

Doyle covers Charlotte Brontë and Britney Spears, Harriet Jacobs and Amy Winehouse, Billie Holiday and Sylvia Plath and Valerie Solanas and yes, Hillary Clinton. It’s an uncomfortable read, both because it shows how the ugliness of celebrity coverage isn’t a remotely new thing… and because it doesn’t shy away from talking about our own complicity in the cycle.