Behind the Controversy Over Donald Trump Jr.’s Bestseller Status 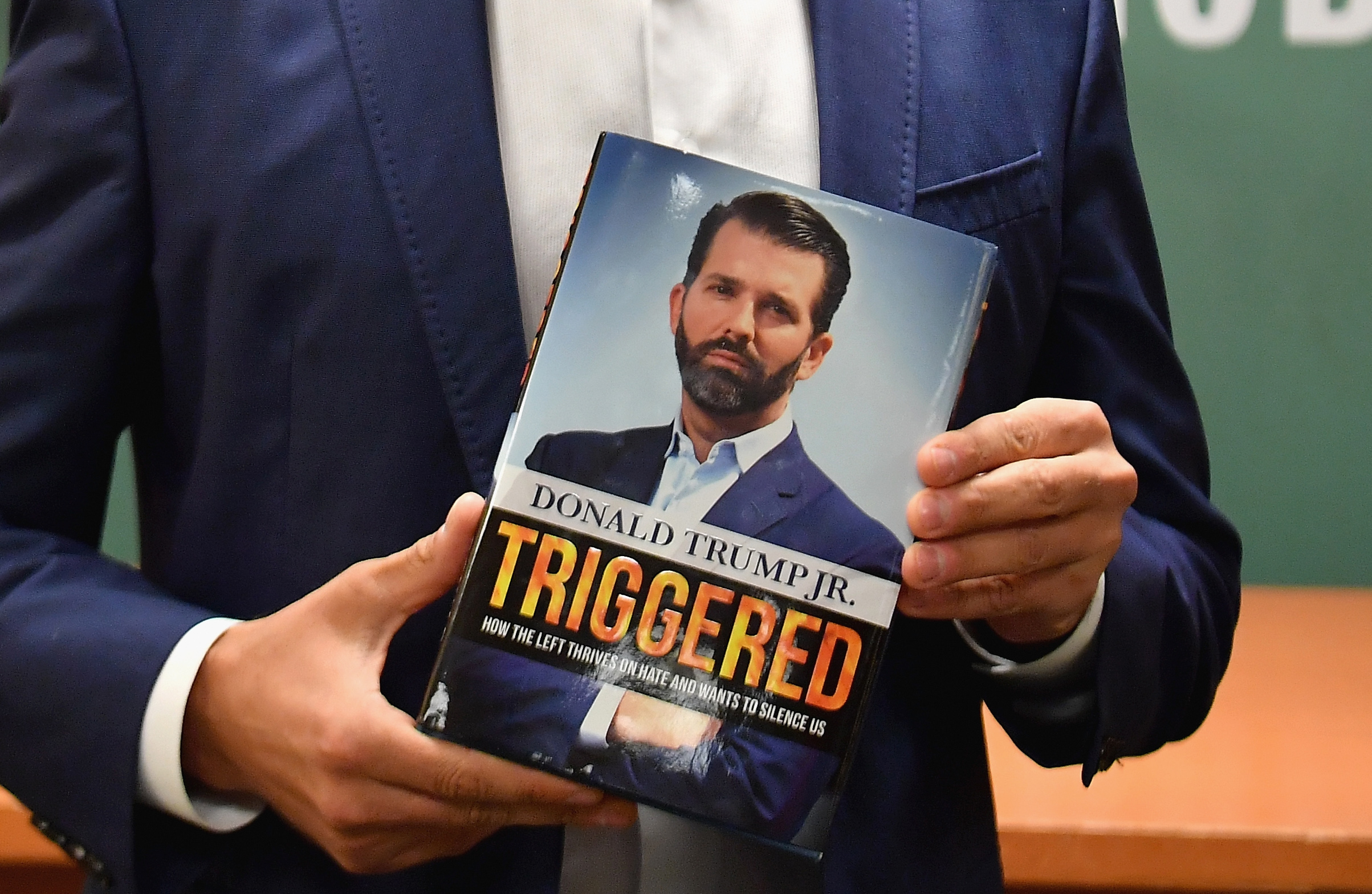 Donald Trump Jr.’s Triggered is No. 1 with a dagger.

The controversial businessman’s new book debuted at top spot on the New York Times bestseller list for hardcover nonfiction this week, but critics of the president’s son are noting that his entry on the list comes with a dagger symbol, which the Times uses to note that “some retailers report receiving bulk orders.”

That’s led some skeptical observers to speculate that sales of the book were artificially high because of bulk orders possibly placed by the Republican National Committee or by Trump Jr. himself, the Guardian reports.

You bought your own Books Bitch

You had to buy copies of your own book to get it on the best sellers list... Sad.

Biff @DonaldJTrumpJr - have you accomplished a single thing in your life without the assistance of your father or money? This is pathetic, dude. https://t.co/107rXGt2Aq

Trump Jr.’s allies dismissed the dagger as sour grapes on the part of liberals:

Bookscan data, which measures actual retail and online book sales, show that @DonaldJTrumpJr sold over 70,000 copies of his book last week, which is a monster number. Hillary Clinton's and Rachel Maddow's books combined didn't sell half that. https://t.co/6XfMwBVFO9

Triggered was the top non-fiction book out this week on the Amazon charts Don did multiple book signings where he sold 1000+ books a piece. Bookscan data will show he sold more books than the #2 #3 books combined.

Media/Dems want to pretend otherwise, but he was #1 on merit. https://t.co/dIHLAvfVlt

All of his public book signings have been media-verified blockbusters, including the one he did at Trump hotel in DC this week but ok. https://t.co/wKG49tmEpe

The book’s publisher, Hachette imprint Center Street, didn’t deny that bulk orders might have helped the book land at No. 1 on the list, but said the RNC “didn’t purchase books from Hachette, and we don’t have knowledge of third-party book purchases.”

Fortune magazine notes that Trump Jr.’s book was also named the No. 1 nonfiction bestseller of the week by USA Today and Publishers Weekly, but posted less impressive figures on the Barnes Noble website, where it was ranked No. 44. As of Friday afternoon, it was the No. 2 bestselling book on Amazon, finishing behind Jeff Kinney’s Diary of a Wimpy Kid: Wrecking Ball.