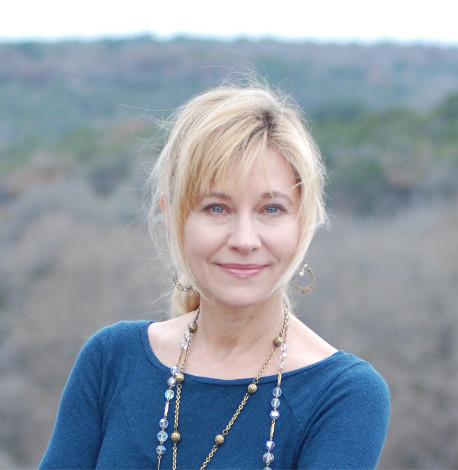 Elizabeth Crook didn’t mean to write another book about unspeakable violence. “Oddly enough, my original plan was to write a light, contemporary, slightly funny novel about a mother and her two daughters,” Crook says. “The last two books I had written had dealt with massacres—the Goliad massacre in 1836 and the Mountain Meadows massacre in 1857—and I wanted to get away from violence for a while.” But she found herself bored with the characters who had been living in her head and her notes for several months. And then the August 2006 issue of Texas Monthly showed up in her mailbox.

That issue had a foreboding cover image of the iconic University of Texas tower and the text, “UT’s Darkest Day: Charles Whitman, 40 Years Later.” “My heart was pounding before I even read the story,” Crook says. She had found her way in to the story: She’d shift it back in time by about 40 years and make the mother not yet a mother, but instead a young co-ed, “starting across the south mall plaza into Charles Whitman’s line of fire.”

The novel, titled Monday, Monday, opens with visceral, sharply rendered accounts of the shooting from the points of view of three of its victims. The novel then follows their lives, which become complicated and intertwined by their shared, dark history. Mixing historical fact—Whitman did in fact kill 16 people and wound dozens others in a mass shooting on August 1, 1966, in what was then the largest mass murder in United States history—with fiction is not new ground for Crook.

But this was the first book she’s written about a contemporary historical event, and that changed things for her. “Writing Monday, Monday was more problematic, because so many people who lived through the event are still around and I didn’t want to go tromping around in their tragedy,” Crook says. She explains that the day is still very much alive in Austin, where she lives. “I run into people all the time who were there or who lost someone they knew. No one in Austin at that time was untouched. I wasn’t on campus that day; I was seven years old, living in a town 30 miles away. And no amount of research was going to take me to that place.”

But she did research extensively—reading everything she could, but also seeking out more primary sources, including several survivors. It was the survivors, and not the man behind the trigger, Crook says, that always interested her. “We see on the news all the time about these people that are in some

way wounded by some violent out-of-the-blue event, and we see them for about a week, and so we know how they deal with it during that week,” she says. “But then, what happens to them 40 years later, when they’re still coping with the fact that this random act of violence completely altered the course of their life?”

It took Crook about eight years—her average novel-writing time, she says—to answer that question for her characters. Plus a couple of “ill-conceived research trips,” which she thanks her family for accompanying her on in the book’s acknowledgements. And “many, many drafts.” “I bet I wrote most of these chapters at least 30 times and then cleaned them up a few times more,” Crook says. “I cut whole chapters that weren’t taking me anywhere worth going. I cut characters— extracted them from scenes. Whole storylines became detritus. To say I’m a writer without vision is an understatement. I panic at the end of every chapter. ‘What’s going to happen next?’ I ask myself. ‘What are these people going to do now?’ ” But while Crook is panicked when she starts, rest assured—the finished product is one of storytelling confidence.

Jaime Netzer is a fiction writer living in Austin. Her stories have been published in Parcel, Human Parts and Twelve Stories and are forthcoming in Black Warrior Review.