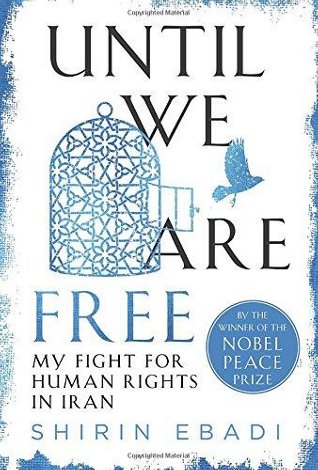 Here I am, at the end of the year… with the end of my reading year. If you’d like to catch up on the first three installments, here are the links: January-March, April-June, July-September.

And now, on with the show!

I have read a lot—A LOT—of books that deal with sexual assault and rape culture this year. SO MANY. And so, so many of them were standouts for a plethora of reasons. Three examples!: Peggy Orenstein’s Girls & Sex for taking a close look at how our culture’s timidity and reluctance to talk openly and frankly about sex and consent contributes directly to rape culture; Becoming Unbecoming, for vividly and honestly depicting how the world responds to sexual violence; Exit, Pursued by a Bear, for showing how the world SHOULD respond.

Wrecked stands out not only because of the nuance, depth, and empathy with which Padian writes all of her characters, but also because of the way the story itself is framed: through the perspectives of two bystanders. Long story short? In terms of structure and craft, this book is right at the tip-top of my 2016 list. Don’t miss it.

November: Until We Are Free: My Fight for Human Rights in Iran, by Shirin Ebadi

This quote from Until We Are Free has been rattling around in my brain for two months now:

“What should a society do when a leader that is elected through a democratic process then seeks to subvert the very legal foundation on which the state, constitution, and electorate that voted him into power is based on? Can you allow a democratically elected leader to essentially destroy and subvert the principles that put him in power in the first place?”

I’m not going to lie: this book is terrifying. But it’s a necessary read, regardless of where you stand politically—Ebadi isn’t talking about partisanship, she’s talking about humanity.

If you were devastated by the results of our most recent presidential election, read it because it’s a reminder to resist, to push back, to keep fighting.

If you were happy or content with the results, read it because it’s a reminder against complacency: that it’s important to pay attention, to critically assess the words and actions of all politicians—not only the ones that you generally disagree with, but also the ones who claim to speak for you.

Bonus November Favorites: The Sun Is Also a Star, by Nicola Yoon; Bad Girls of Fashion, by Jennifer Croll; Girl Mans Up, by M-E Girard

This book made me burst into tears AND laugh out loud… AT THE EXACT SAME TIME. Reading it gave me cartoon heart eyes, and turned me into a lifelong Stacey Lee fan.

See you all next week—and next year—for a round-up of upcoming January 2017 releases!