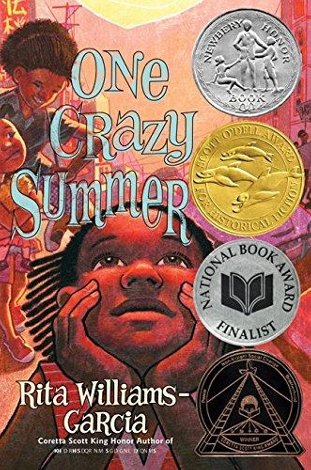 Last week, I started my annual roundup of favorite books of the year with my standout reads from January to March.

Today, I’ll be looking at April through June.

While I don’t know if I’ve ever been able to name a NUMBER ONE FAVORITE BOOK of any given year, The Lie Tree is the closest I’ve come in recent memory. It’s a historical, it’s a mystery, it’s a dark fantasy… or is it dark science fiction? That’s a determination that each reader will have to make for herself. It’s about family, about fathers and daughters, mothers and daughters. It’s about social constructs, about how expectations and even the capacity for respect are sometimes based solely (and unfairly) on the grounds of gender. It’s about science and evolution and the nature of truth.

All of that intellectually meaty goodness, and it’s not remotely stodgy—watching Faith engage with the world around her, watching her start to question longheld traditions and behavior, watching her shift from an object to an actor is mesmerizing. It’s a book that encourages critical thinking and questioning, of considering how any given piece of information is filtered through perspective, belief, assumption, agenda. Every single library patron I’ve handed it to has come back raving.

May: One Crazy Summer and P.S. Be Eleven, by Rita Williams-Garcia

I very deliberately shifted my reading focus this year, in that I started exploring the backlist a bit more thoroughly. As I’ve focused on Young Adult fiction for so many years, I’ve really been enjoying reading more middle grade. These two books—historicals set in the 60s—follow sisters Delphine, Vonetta, and Fern as they navigate changes in family (visiting their long-estranged mother for the first time in years, adapting to their father’s new girlfriend) and the world around them (attending a Black Panther summer camp, saving up money to see the Jackson 5), and seeing how seemingly far-off events can affect the family directly (the changes in their beloved Uncle Darnell, post-Vietnam).

They’re hilarious, they’re sad, they’re nuanced. The sense of era and place is so strong, so vivid, that reading these books feels like using an actual time machine.

Bonus May Favorites: Finding Wonders, by Jeannine Atkins, and Bedelia, by Vera Caspary

Modern noir is one of my very favorite subgenres, and modern noir in the hands of Sherri L. Smith, who is SUCH an amazingly excellent craftswoman… six months later, I still swoon. Pasadena is a story about friendship, about grief, about trauma, about truth. It’s stylish, it’s atmospheric, and Jude’s voice is original and fresh while also sharing the cadence and tone of classic noir narrators. Entirely fantastic, and deserves so much more attention than it got.

I’ll see you next week for the rest of the year… and then it’ll be time to start looking at 2017 titles!