The Fight for Desegregation 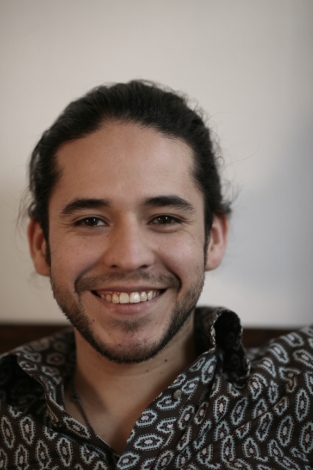 The book tells the story of the discrimination young Sylvia and her siblings experienced after moving from Santa Ana to Westminster, California, in the summer of 1944. When Sylvia’s Aunt Soledad attempted to enroll them in the local public school, the school system ordered the children to attend the “Mexican school.” Though Mr. Mendez went as far as the county superintendent, the children were still sent to the dilapidated school, urging him to continue his fight and going as far as filing a class-action lawsuit with other families. The Mendez v. Westminster School District case set the course for desegregation in American schools. Just seven years after the Mendez family’s victory, Brown v. Board of Education put an end to segregation in schools all over the U.S.

It hasn’t been until recent decades that the case has received the recognition it deserves, Tonatiuh tells me. “Every American should be familiar with it,” he adds.

Not only does Tonatiuh believe the case should be taught in schools, just as Brown vs. Board of Education is, but he also sees another, more disturbing reason it needs to be discussed. “[A]lthough legal segregation is no longer permitted in U.S. schools, a great deal of segregation still happens today. I get to visit schools in different parts of the country to read and talk about my books. I see that poor schools in poor neighborhoods are mostly attended by Latino and African American students, while wealthy schools in wealthy neighborhoods are mostly attended by white children. Although Sylvia’s story happened 70 years ago, it is very relevant to children today.”

Tonatiuh and I chatted further about his research and the artwork itself. The author-illustrator, born and raised in Mexico and still living there, finds much inspiration in Sylvia’s story.

Can you talk a bit about your research for the book?

In the Fall of 2012, shortly after I learned about Mendez v. Westminster, my book Diego Rivera: His World and Ours received the Tomas Rivera Mexican-American children’s book award from Texas State University. Another book, named Sylvia and Aki, also won the award. I was not familiar with the book. Sylvia and Aki is a middle-grade novel that tells the story of Sylvia Mendez and Aki Munemitsu, a Japanese-American girl that used to live on the farm the Mendez family leased in Westminster but was sent to a Japanese internment camp with her family during World War II.

Winifred Conkling, the author of the book, was in Texas, and so was Sylvia Mendez. I had the opportunity to hang out with them for several days, and I had a chance to listen to Sylvia speak on a couple of occasions. Some of the dialogue in my book comes from listening to her speak, such as when Sylvia’s mother says, “Sylvia, que no sabes que por eso luchamos?” (Don’t you know that is why we fought?) And some details in my book come from having conversations with Sylvia. She told me, for instance, that she always wore trenzas, or braids, when she was a girl.

Back home, after I met Sylvia, I watched documentaries and listened to interviews, and I read articles and books about Mendez v. Westminster. I got in touch with a librarian at the National Archives and was able to download the court transcripts for the case. I wrote a manuscript when I was done with the research. The dialogue in the court room scene in my book comes directly from the court transcripts. I only edited it a bit for the sake of clarity and pacing.

I stayed in touch with Sylvia after I wrote the story. It’s a bit intimidating, making a book about someone that is alive. I did my best to be accurate and do justice to Sylvia and her family’s story. Sylvia was always very kind and helpful. In the spring of 2013, I visited her in her home in California to double-check some facts. The room where her mother passed away is now Sylvia’s office. It’s full of awards for her and her family’s courage. Sylvia showed me some old photographs she had from the ’40s when I was there. She let me include them in the book.

I draw with a pencil on letter-sized pieces of paper. Once I like my drawing, I go over it with a pen. Then I scan it and I collage into it with Photoshop. I use textures—denim, wood, con

struction paper—that I scan, photograph, or find on the Internet.

My artwork is very much inspired by Pre-Columbian art, especially by Mixtec codices from the 14th century. That is why my art is very geometric, my characters are always in profile, and their ears look a bit like the number three. My intention is to celebrate that ancient art and keep it alive.

But I like collaging them digitally, because hopefully my illustrations feel not only ancient but contemporary, too—and accessible to children today.

What’s next for you?

I recently finished the illustrations for a picture book by Jorge Argueta. He has a series of bilingual poem books about different foods. And I am currently working on a new picture book, a biography of José Guadalupe Posada, the artist that drew the iconic Day of the Dead calaveras.