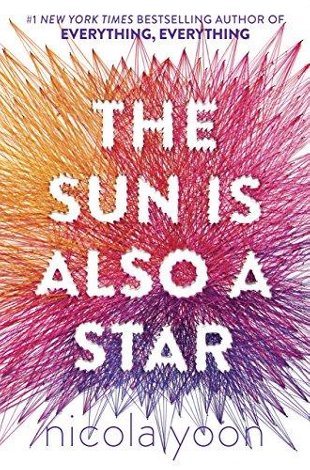 One of the great wonders of the Internet is meeting new friends and discovering people who love the same books you do. (This has been especially empowering for people who read romance, hasn’t it? Since so often the people in our everyday lives emphatically do not read romance and are only to happy to let us know this.)

For me, my love of romance has opened up a whole wide world of books, authors, and readers, and I have discovered that most (though not all) of the people I’ve met who like many of the books I like most are really very eclectic readers. Yes, often they appreciate a strong romantic arc (like I do) but honestly, most fiction these days has some romance in it.

My bookclub (hi Laughter Chapter!), all amazing readers who generally pick books I enjoy, tends to eschew romance novels, though they often read books with strong or light romance themes.

September’s pick is All The Missing Girls by Megan Miranda, a decent read, heightened by its storytelling, which went backwards. (Kirkus did not like it.)

Megan Miranda's novel is a nail-biting, breathtaking story about the disappearances of two young women - a decade apart - told in reverse.

It's been 10 years since Nicolette Farrell left her rural hometown after her best friend, Corinne, disappeared from Cooley Ridge without a trace. Back again to tie up loose ends and care for her ailing father, Nic is soon plunged into a shocking drama that reawakens Corinne's case and breaks open old wounds long since stitched.

I enjoyed the book, which was a big hit last year and is a bit of a page-turner— mostly because we want to know what happened, though once we do, it’s not as compelling as we thought it was. But it has some interesting commentary on the teen years through the rearview mirror and had an interesting romance arc.

Our book club pick for October is Elinor Oliphant is Completely Fine which I highly recommend (and previously wrote about here.)  This was a fave recent read, and while it has a quiet romance—and begins with Elinor talking about a dreamy celebrity crush that she uses as a catalyst for changing her real life—it deals with some very dark things in a pretty light way.

So. NOT a romance novel and getting great reviews.Yet also very satisfying to an eclectic reader who does read romance and likes romantic arcs.

Another Not A Romance Novel that I loved, loved, loved was the highly acclaimed YA title (though really, don’t let that label stop you, this book was amazing!) The Sun Is Also A Star, which was named one of the Best Books of 2016. Natasha, an undocumented Jamaican immigrant who came to New York when she was 8, meets Daniel, a first generation Korean-American, on the day he has his Yale admissions interview and she’s slated to be deported.  They spend an intense twelve hours together and fall in love, but the sun and stars have aligned   in strange ways around them, and the other people they interact with on that day will have unforeseen consequences, too.

The Kirkus reviewer said: “Natasha and Daniel meet, get existential, and fall in love during 12 intense hours in New York City…With appeal to cynics and romantics alike, this profound exploration of life and love tempers harsh realities with the beauty of hope in a way that is both deeply moving and satisfying (read the full review here).”

I highly recommend it, too. Seriously, everyone should read this book. It’s mesmerizing, fascinating and beautiful.

Books can introduce us to people and situations we never would have confronted otherwise. They can also make us immediate friends with people we may never have met if not for books and authors.

Last week I had coffee with a woman I met online through one of my favorite authors, Lauren Willig.

“Madison?! I’m in Madison!” I responded.

We became Facebook friends and have exchanged a few messages, but last week—thanks to my “New You” policy enacted on birthday, which encourages me to do some of the things I talk about doing but often don’t do (that’s in the previously mentioned previous post, too, if you’re interested)—we arranged to meet IRL.

We discussed some of our favorite authors and how we would love to see them come to our fair city. They include Lauren Willig, Beatriz Williams and Karen White

naturally* —not only do we love their individual work, but we really enjoyed The Forgotten Room and can’t wait for the as yet officially untitled Lusitania Book (which will come out sometime next year).

In fact, next on my listening list is the newest from Beatriz’ alter-ego Juliana Gray, A Strange Scottish Shore, the sequel to A Most Extraordinary Pursuit (which I liked a lot more than the Kirkus reviewer did). It came out this week and I just downloaded it thanks to Penguin audio (thank you!). So I’ll let you know what I think.

Another author we’d like to see in Madison? Mary Robinette Kowal. The author who brought us the breathtaking Glamourist Histories series (haven’t read it? you

really should!) has two books coming out next summer, the Lady Astronaut titles, that explore a fantastical revisit to the space race, with women taking active roles. Doesn’t that sound great? You can read more about the books from her website: The Calculating Stars here  and The Fated Sky here.

My new friend and I have a full slate of authors we’ve love to see here, but we also discussed fave books. She recommended Jonathan Strange and Mr Norrell, an all-time fave which Kirkus said was “An instant classic, one of the finest fantasies ever written.” Doesn’t sound like it has high romantic elements, but if you like fantasy at all (and I do), that sounds like a must-read!  (Downloaded it from the library yesterday.)

I told her she might like Lost Lake by Sarah Addison Allen, which is a bit more contemporary than most of what she reads, but I think she’d like it. (It also came out in a new paperback version this summer.) It’s been a while since we had a new SAA title and I for one can’t wait!

How about you? What are you reading that you just have to tell everyone all about?! Do share!

*If you’re a fan of Lauren, Beatriz and Karen, I hope you’ll join them for a conversation on the The Romance of Reading Facebook page. The page is closed, but you just have to ask to join and once you’re there, you can access the event page.

Willig, White and Williams will be chatting on Monday September 25 from 4 to 8 EST. Lauren

Hope to see you there! Have a great weekend.