Getting at the Truth with Chris Harris 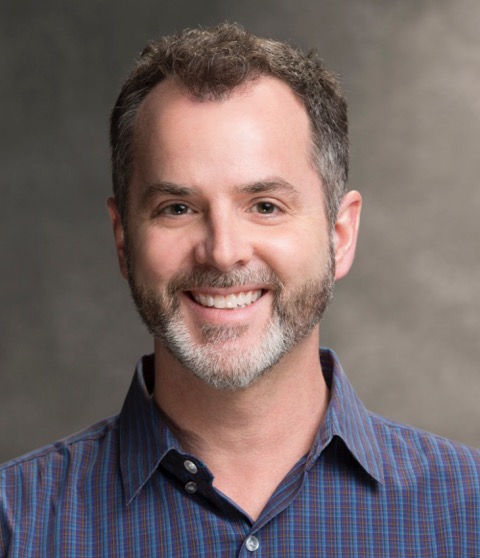 It almost feels like one of this year’s best children’s books came out of nowhere. I’m Just No Good at Rhyming: And Other Nonsense for Mischievous Kids and Immature Grown-Ups, which has been met with a host of starred book reviews, comes from debut children’s book author Chris Harris, whose day job is in the realm of television (writing and producing). Illustrated abundantly by Lane Smith — with whom, throughout the book, Chris has a very funny faux rivalry — it’s a nearly-200-page collection of original poetry, what the Kirkus review calls a “frolicking romp through the zany world of nonsense verse.”

Playful and laugh-aloud funny, it also includes a small handful of more contemplative poems as well. Don’t fall for that title. The truth is that Chris Harris is, in point of fact, very good at rhyming.

I asked him via email about the book, collaborating with Lane, being tall at ten, and more.

Jules: You've spent years writing and producing in the world of television. (I am doing well not asking you for a Dave Letterman anecdote, though I want to.) Did you always want to write a children's book? And what surprised you about the process, if anything?

Chris: Although there’s been no shortage of executives over the years who have called my writing childish, I never felt a strong urge to write a children’s book until I actually had my own children. That might mean that I’m a wonderfully engaged father. Or it might show that I have an unhealthy compulsion to impress my own kids, because deep down some troubled part of me fears that not even their love for me is unconditional. Let’s go with “wonderfully engaged father.”

In terms of process, it took me years to create and hone all the poems in this book, but writing them was never the slightest bit grueling – this was my escape from grueling writing. I also had the airy freedom that comes from assuming there was no way in hell a book of children’s poems from a nearly-unknown writer would ever get published.

The thing that continues to surprise me the most – besides how wrong I was about my odds of getting published – is the positivity I experience everywhere in the world of children’s books. In television, a network script meeting typically starts with one token positive sentence – usually something about the “potential” of the script or maybe the name of the main character – followed by forty minutes of soul-crushing nitpicks. Here, the editing process was a delight. I could really get used to this whole “we actually trust the writer” thing.

Since you’re not asking for a David Letterman anecdote, the one I won’t tell you is about the first time I made Dave laugh. I would have gone on to describe how once early in my time there, just before a taping, I was being screamed at by Barbara Walters because she hated a segment that I’d created (“The Barbara Walters Reaction Shot of the Night,” in which we’d just show a two-second clip of her nodding along to some unseen interviewee and that’s it), and out of the corner of my eye I saw Dave walk by without stopping – but I’m pretty sure he was chuckling at what I was going through. Nothing I actually wrote would do well for at least another few weeks, but still, in that moment, I couldn’t have been prouder: I’d gotten Dave to laugh.

Jules: I seem to have done the dreaded two-questions-in-one thing up there, so will you forgive me?

Chris: As long as you don’t do it again. If you ask two-questions-in-one again, then I’ll warn you that instead of answering those questions, I’ll instead simply respond by naming a random fruit of my choosing, typed in a particularly large font.

Jules: What was it like for you to find out Lane would be illustrating it? How was it seeing his artwork with your words for the first time?

Jules: I DID IT AGAIN.

Chris: You did. BUT since I love raving about Lane Smith, I’ll answer your questions anyway.

I’m not a visual person. If you ever saw how I dressed, you’d understand just how truthful I’m being. When I draw people, their arms still come out of their heads. But even I had known about and admired Lane Smith’s work for years, so the news that he had agreed to join us – especially knowing it would be a massive undertaking – was a huge thrill. I half wanted to kiss him in gratitude and half wanted to talk him out of it for his own good. Fortunately, I resisted both urges.

Seeing his artwork for the first time was one of the highlights of this entire experience, up there with getting to answer questions from Jules Danielson, which I was recently asked to do and am hurrying to finish, although I’m being impeded by my tendency to occasionally go off on rambling tangents which have nothing to do with the original question. Lane’s illustrations added so much depth and humor to each poem that I honestly felt like I was reading someone else’s much, much better book instead of my own work.

Before Lane signed on, I’d had this idea that the writer and the illustrator could have an antagonistic relationship throughout the book. But Lane was the one who really seized on that idea, almost as if he’d been waiting for an excuse to say, “Sure Chris, yeah, let’s pretend we don’t like each other!” Our rivalry became one of my favorite runners in the book, thanks to his avid participation.

Jules: I like how you balanced these funny entries with some more poignant poems/prose about childhood (such as, "I'm Shy on the Outside"). Did you know from the beginning you would include both, or did the more contemplative ones just creep in there?

Chris: The more serious poems appeared very naturally alongside the humorous ones. I wrote these primarily to make my kids laugh, and to show them all the crazy things one can do with words. But I also wanted to let them know that I understand – at least sometimes – some of the tougher things about growing up. Those serious things are easier to get across when there’s silliness all around them. I’ve always felt that laughter can be a gateway to other emotions – once we’ve laughed at something or with someone, it becomes easier to share the deeper stuff. My own favorite books from childhood all balance humor with something a little more profound or poignant.

Jules: On that note, "You'll Never Feel as Tall as When You're Ten" packs a wallop. (“The future turns to present and the present turns to past. / The forefront turns to middle and the middle turns to last …”) It made me misty-eyed, and not just because I'm 45 and well past the age of ten. Tell me about writing that one.

Chris: I remember it well! We had spent a brutal year putting everything that we had into creating a new television show. After countless hours of emergencies, compromises, and reshoots, the show ended up being canceled before it even aired. I wrote that poem very quickly afterward. In a way, it’s almost all that remains of the show. It was a way for me to gently let my own kids know that we don’t always live up to our childhood expectations of ourselves. And that’s okay. It’s one of my favorite poems in the book – although if I have to go through a similar year professionally in order to write another poem on that level, then maybe I’m fine sticking with the sillier stuff.

I initially wondered if the poem might be a little too heavy. But when I showed it to my daughter, who was eight at the time, she had a very different reaction: she thought it was hopeful and – weirdly – inspiring. While we fortysomethings read it and see it as a poem about all the things we lose as adults, I think kids see it more as a poem about how much more powerful their own perspective is. Damn them and their unbridled optimism!

Jules: Do you think you'll write any more children's books, particularly more books like this one? Please say yes. Besides, I want to read "Hey, Kids! Drinking Coffee Before Bedtime Gives You Superpowers!" from the book’s closing list of titles that didn’t make the final cut.

Chris: Yes! Please-please-please let me stay in this industry! I definitely have another collection in me, but I’d like to give it a few years to make sure I’m proud of every single poem and not resorting to cheap knock-offs of myself (“Um, You’ll Also Never Feel as Tall as When You’re Twelve?”). In the meantime, I’d love to try my hand at some shorter books. For example, there’s a spread in this current book about an artist who’s so lazy that he uses the same exact image on every single page of an alphabet book; I wonder if that artist could tell an entire story from beginning to end using the exact same image on every page of a picture book.

Jules: Bonus question! You write in your bio on the book’s jacket flap that readers, if they ever meet you, can ask you “Shneeple?” while pulling on their ears and that you will respond with “Shnomple!” Just what exactly would happen if I asked you, "Shneeple?" but didn't simultaneously pull my ear?

Chris: It’s a lot like what happens if you shift gears without stepping on the clutch: I make a loud screeching noise, cough a few times, then go quiet. So I wouldn’t try it. Anyway, haven’t you used up your bonus questions already?