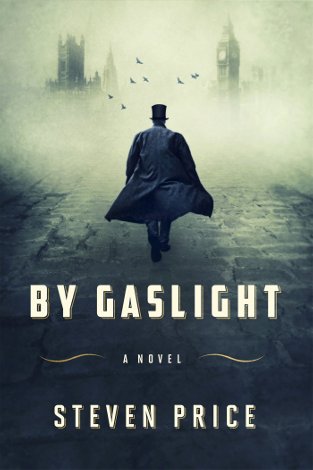 Nowadays most crime-fiction readers probably recognize the Pinkerton National Detective Agency for having inspired—with its logo featuring a large, unblinking human eye and the slogan “We Never Sleep”—the term “private eye.” They might also remember that its founder, a Scottish barrel maker named Allan Pinkerton, who’d left Great Britain for the United States in 1842, started his snooping career by helping to take down a gang of counterfeiters northwest of Chicago, Illinois, and was subsequently appointed as the Windy City’s first police detective before forming his own investigative agency in 1850. Chances are that readers would be familiar with Pinkerton’s thwarting of an apparent assassination attempt on newly elected President Abraham Lincoln in Baltimore, Maryland, in 1861; his management of Union espionage networks during the Civil War; and his agency’s notorious role in surveilling labor unions and fielding strikebreakers during the 1890s.

Less well-remembered is that even before Pinkerton’s demise in 1884, his two sons, William and Robert, took over a great deal of the family business. Robert was the younger and more rebellious of the pair, at one point threatening to resign and change his name if his penny-pinching father didn’t share with him more of their agency’s profits. William was the elder brother (by two years), born in 1846, “a huge, brooding, moustached giant symbol of America’s lawmen,” as James D. Horan described him in his 1967 study, The Pinkertons: The Detective Agency that Made History, who could be “interesting, witty, and likable,” and as a trained sleuth was “plodding, methodical, and even brilliant.” Robert Pinkerton passed away in 1907, but his brother remained the agency’s principal until 1923, when he was felled by a heart attack in a Los Angeles hotel room. Which means that William was in charge when future private-eye-fictionist Dashiell Hammett joined “the Pinks” in San Francisco in 1915.

It’s William Pinkerton, too, who commands the spotlight in Canadian poet Steven Price’s absorbing, persistently surprising new neo-Victorian mystery, By Gaslight, being portrayed here as a hulking, haunted, often violent half-myth of a man, a “creature of nightmare…frightening all.” Yes, Price has taken some liberties with Pinkerton’s real-life image as a businessman-gumshoe, but the results are so engaging, it’s hard not to applaud his efforts. Here, for instance, is his introduction of the then 38-year-old detective:

He wore his black moustaches long in the manner of an outlaw and his right thumb hooked at his hip where a Colt Navy should have hung. He was not yet forty but already his left knee went stiff in a damp cold from an exploding Confederate shell at Antietam. He had been sixteen then and the shrapnel had stood out from his knee like a knuckle of extra bone while the dirt heaved and sprayed around him. Since that day he had twice been thought killed and twice come upon his would-be killers like an avenging spectre. He had shot twenty-three men and one boy outlaws all and only the boy’s death did not trouble him. He entered banks with his head low, his eyebrows drawn close, his huge menacing hands empty as if fixed for strangling. When he lurched aboard crowded streetcars men instinctively pulled away and women followed him with their eyelashes, bonnets tipped low. He had not been at home more than a month at a stretch for five years now though he loved his wife and daughters, loved them with the fear a powerful man feels who is given to breaking things. He had long yellow teeth, a wide face, sunken eyes, pupils as dark as the twist of a man’s intestines.

If you think I’ve failed to include some typographic devices in that excerpt—rest assured, I have not. It’s Price who’s parsimonious with his punctuation, as if he was in such a hurry to unscroll this thickly woven yarn, to make sure he got every ambient detail and plot switchback and arcane fragment of criminal cant down on paper, that he couldn’t spare the extra few moments necessary to type in commas. There’s a speeding-train pace to this account that, despite its 730 pages and alternating timelines, rarely flags.

London, February 1885. A graying, dismembered corpse is suddenly released from the gelid clutches of the River Thames and provisionally identified as that of Charlotte Reckitt, a grifter and former actress with “small sharp teeth, long white fingers,” and a “voice low and vicious and lovely.” Reckitt is William Pinkerton’s best lead to a mysterious figure from his father’s past, one Edward Shade, who’s said to have betrayed Allan Pinkerton, and to whose apprehension the elder sleuth (in his grave now for half a year) had once devoted extraordinary attention. William had stumbled across Shade’s existence in his father’s records, and, despite his distaste for London (“Its cobbled streets were filthy even to a man whose business was filth”), had sailed for the British capital in hopes that Reckitt might lead him to Shade. But now Reckitt appears deceased, and William wonders how he might find Shade’s trail afresh.

Meanwhile, London has also welcomed the arrival of a thief and confidence man, Adam Foole. The necessarily resourceful son of a Calcutta woman and a Yorkshire seadog, both long gone, Foole—the name by which he’s been known for the last 23 years—“had already made his fortune and wasted it several times over,” we’re told. Although he aspires to the life of a gentleman, having won membership in an oak-paneled New York club and a reputation among certain bankers for spotting prosperous ventures, Foole remains a habitué of the “flash,” or criminal, world. He, too, has been drawn to the Old Smoke by Charlotte Reckitt, who a decade before was his lover and co-conspirator in an African diamond heist. She recently wrote him a letter, asking that he reunite with her at her Hampstead residence. Still in love with his memories of the woman, this would-be femme fatale, how can Foole refuse? And what can he make of news that his former inamorata has died while he was still steaming across the Atlantic?

As Pinkerton begins an inquiry, largely independent of Scotland Yard, into Reckitt’s watery doom—raising questions about how she came to be mutilated and why her once lustrous black hair was cut off—he crosses paths with Foole, who dares to strike up a mutually wary alliance with the American private eye, hoping thereby to learn what happened to the love of his life. Was she actually murdered, or might she be hiding out, still waiting for him?

Price provides in these pages all of the ingredients for a traditional whodunit. But that obviously wasn’t what he had in mind to write. By Gaslight boasts much more complicated aspirations. For example, after adopting his father’s obsession with the elusive Edward Shade, William Pinkerton finds himself plumbing his personal history with the oft-distant, tougher-than-thou Allan Pinkerton, realizing in the process that Shade had, in some respects, become more of a son to the Scottish cooper-turned-copper than either of his genuine male progeny. At the same time, Foole reflects on his own hard past, coming to regretful terms with the choices—good and frequently bad—he has made. The book does not try to make a shocking, late-chapter disclosure of Edward Shade’s true identity, but instead employs it, beginning fairly early on, to illuminate links between Shade and William Pinkerton, both of whom were shaped by the horrors of America’s Civil War. Connections are skillfully drawn, too, between Pinkerton and Foole, who are more similar to each other than not, opposite sides of the same bent coin.

Those players are not the only ones worth observing here. Also notable are Foole’s brutish manservant, Japheth Flood, and his freckled faux-daughter, Molly, a girl from an abusive background who’s become an adept pickpocket, or “dipper.” “She could outrun a beak’s whistle the length of a city block and could time a street crossing to pass under the belly of a dray,” Price explains. “But she dipped only those marks as instructed and turned over her poke without complaint and kept no fig for herself. She had a talent for accents and speaking as others spoke and was smarter than she was hungry.” A subplot finds Foole enlisting both of these cohorts in a scheme to steal a famous painting, reminding us that, as Price has made clear, part of his inspiration for this novel was Ben Macintyre’s exceptional 1997 biography, The Napoleon of Crime: The Life and Times of Adam Worth, Master Thief. In that yarn, as in Price’s, a bold, dapper crook matches wits with William Pinkerton after he filches a famous artwork.

By Gaslight is chock-a-block with indelible set pieces, from a séance gone wrong to a balloon excursion over Confederate-held terrain to an eerie meeting between Foole and Pinkerton in a gas-lit former omnibus tunnel beneath the Thames. No less ably than such novels as John MacLachlan Gray’s The Fiend in Human (2003), Michel Faber’s The Crimson Petal and the White (2002), and Dan Simmons’ Drood (2009), Price portrays Victorian London as something between eccentric and macabre. Near the book’s beginning, William Pinkerton recalls how, “on Christmas he had watched the poor swarm a man in daylight, all clutched rags and greed; on New Year’s he had seen a lady kick a watercress girl from the step of a carriage, then curse the child’s blood spotting her laces.” Later we hear of the destitute, desperate “berserkers” inhabiting the city’s sewer system. “It’s said they live in the tunnels, never come up at night,” a city clerk tells Pinkerton. “Keep rivers of rats with them and swarm a man who ventures into their territory.” A Scotland Yarder sums up his foggy burg’s criminal commerce thusly:

Thing of it is, London’s not like other cities, he said. Not even like your New York. It’s not a matter of us and them…..Crime is how this city works. Some folk stay alive. Other folk find employment replacing what gets stolen. Others sell the stolen goods back out and all this keeps the little folk alive.

Again, I did not leave out any quotation marks there. Price didn’t put them in. He depends, with surprising success, on context to distinguish between quotes and the balance of his novel’s sweeping narrative. This might make it difficult for people who seek to speed-read only dialogue in order to derive the sense of a story; Price’s technique compels us to read through all of By Gaslight’s extensive prose. However, in a book as masterfully and poetically composed, and rich in arcane slang and intriguing atmospherics as this one, that is nowhere near a hardship.

When I picked up Steven Price’s second novel (following 2011’s Into That Darkness), I was skeptical that this work of historical suspense, this tale of treacheries and generational disconnects and blinded love, could sustain my interest through 730 pages. I was wrong to doubt. Once immersed in the novel’s web of intrigues, I had no wish to escape. By Gaslight is the most ambitious, most elegantly crafted book I’ve read all year.