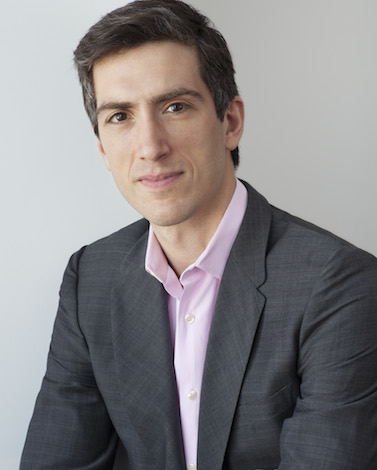 In Landslide: LBJ and Ronald Reagan at the Dawn of a New America, former Newsweek political reporter Jonathan Darman examines the seismic transformation in the American electorate during the three years between John F. Kennedy’s assassination in November 1963 and the midterm election in 1966.

Lyndon Johnson cruised to a historical victory against Barry Goldwater in the 1964 presidential election, but civil unrest in many American cities, escalation and uncertainty in Vietnam, and concerns about the strength of the economy erased Johnson’s mandate almost completely over the next two years.

Meanwhile, a washed-up actor named Ronald Reagan began making waves in conservative circles shortly after Goldwater’s 1964 debacle and waged an improbable — and successful — campaign for governor of California in 1966.

Darman and I spoke recently about Johnson, Reagan, and how their political fortunes diverged in the mid-‘60s.

Did you come into the book knowing more about Johnson or about Reagan?

I knew more about Johnson’s story in the period I write about. Reagan’s story was a big surprise to me. At the beginning of the book, he is still a working actor and working in the kind of role he wouldn’t necessarily want to be in—playing the bad guy in The Killers—and by the end of the thousand days that I write about, he’s been elected governor of California, he’s a national politician, and he has created the persona of Ronald Reagan, the future president.

What political biographies from the ‘60s and ‘70s era resonated with you?

In writing about Lyndon Johnson, Robert Caro is obviously the gold standard. He has devoted such a huge portion of his life to understanding the truly

Shakespearean character that is Johnson. In the story of Lyndon Johnson you get not just the story of one person but the entire human experience, so I’m in awe of what Robert Caro does in his books. And listening to the Johnson tapes was pretty foundational in my understanding of Johnson. Listening to that voice is not something we have for many presidents, and it really fixed Johnson as a character in my mind.

On Reagan, I think we’re really lucky to have the books that Lou Cannon wrote over the years. In terms of reading about the period generally, David Halberstam is wonderful, Richard Reeves is wonderful, William Manchester was a master of the craft.

The Cannon books are not comprehensive. What do you think we haven’t gotten of Reagan’s story yet?

Reagan is a difficult biographical subject. Even the people closest to him talk about what a self-contained person he was, that he didn’t share a lot of what was going on inside him. So you have that combined with the perennial optimism of Reagan combined with the actor’s need to not show any effort. It’s hard to go back and find some of the human moments that you would with another subject because he doesn’t show them as easily. What Lou Cannon was able to do was observe Reagan over so many years himself and know the people who came in and out of the orbit that he was able to make up for that.

Your book is set around the ‘64 and ‘66 elections, but it doesn’t read like a campaign book. What did you set out to write?

I didn’t set out to write a campaign book. I wanted to write about the thousand days after the Kennedy assassination, which seemed to me like a moment when America seemed to change in a fundamental way. The 1964 election was a huge landslide for Johnson that people talk about as a great moment of liberal triumph, and yet two years later the ‘66 election is a conservative triumph and the beginning of the conservative era that would be the story of the country for the remainder of the century. Johnson and Reagan are two presidents that we see as being so different from one another and are associated with different periods of time, and this period is formative for both of them in a lot of ways.

The Todd Purdum and Clay Risen books about the Civil Rights Act of 1964 push back on the Great Man Theory of the Civil Rights Act, and I wonder whether you are more of that view or of the Robert Caro school of Johnson getting results by force of will.

A political force that gets underestimated is the enormous source of goodwill that Johnson has to draw on after the Kennedy assassination. People wanted things to work. They wanted a president who was in charge and was going to succeed. So the Great Man Theory of Johnson’s legislative skill is based in the reality of him understanding what it took to get Congress to move, but Congress was inclined to move because the political pressure was there.

If you make a polar divide of Johnson’s legislative genius vs. the grand historical forces that had nothing to do with the man in the White House, I come down somewhere in the middle. [Johnson] was the beneficiary of a great political moment and had the skills to get it through.

Do you think the Voting Rights Act a year later in ‘65 is attributable to more of an electoral mandate or more to Selma?

I think it had a significant amount to do with Selma. Also, we hear a lot of this today with people saying, “if only President Obama has Johnson’s legislative skill and savvy and ability to schmooze lawmakers.” That might help, but the major difference between President Obama now and Lyndon Johnson [in 1965] is the tremendous majorities Lyndon Johnson had as a result of the ‘64 landslide.

You write about Johnson winning California in 1964 but Goldwater outperforming in Orange County. Why was that significant?

When you listen to Johnson’s phone calls the day after he wins a fantastic landslide and is receiving congratulations calls from elected officials from all over the country, one of the people he talks to is [California Gov.] Pat Brown. He tells Johnson that he won all of the counties in California except for three. He lost the smallest county in the state, and the implication was that it didn’t matter. He lost San Diego, which was already a conservative homeland. And he lost Orange County, and Pat Brown says, “I don’t really know what’s going on there, but I’ve got the Orange County newspaper publishers coming in for lunch and I’ll report back to you.”

Johnson doesn’t focus on that detail. He wants to go back to talking about the counties that he won. But in fact, that little detail about Orange County is a little glimpse of what’s going to unwind the Johnson-liberal moment over the next 25 years—those suburban, middle-class, white voters who in an earlier generation would have been Roosevelt Democrats are embracing a very different vision of limited government. That little detail will have a lot of consequences for Johnson’s vision and legacy.

By early ‘68, Vietnam and civil unrest were causing problems for Johnson. Conservatives would say that liberal overreach was a third thing that was an equal force, but that strikes me as conservative revisionism. Did you see anything in your research that people changed their minds about Johnson because of Medicare, Medicaid, the War on Poverty, etc.?

What the right is able to do by the late ‘60s is go after the rhetoric of the left, and that’s something you can really fault Johnson for, particularly in comparison to John F. Kennedy. There are the same progressive aspirations in those two presidents, but in Kennedy’s case there is also the reminder that this may not be achievable in our lifetime, these problems are hard, the world is more complicated than we understand. In Johnson, it’s the need to say that all of this is achievable and we’re going to achieve it right now.

After the 1964 election when he’s lighting the White House Christmas tree, Johnson says that these are the most hopeful times since Christ was born in Bethlehem. That creates, I think, a perception that the country’s problems can be solved in very short order. Then when the cities start to fall apart, when Vietnam grows into a much larger conflict than anyone had imagined, people lose faith in a lot of what they had been promised and in the idea that government can solve those problems.

Scott Porch is an attorney and contributing writer for Kirkus Reviews and The Daily Beast. He is writing a book about social upheaval in the 1960s and '70s.