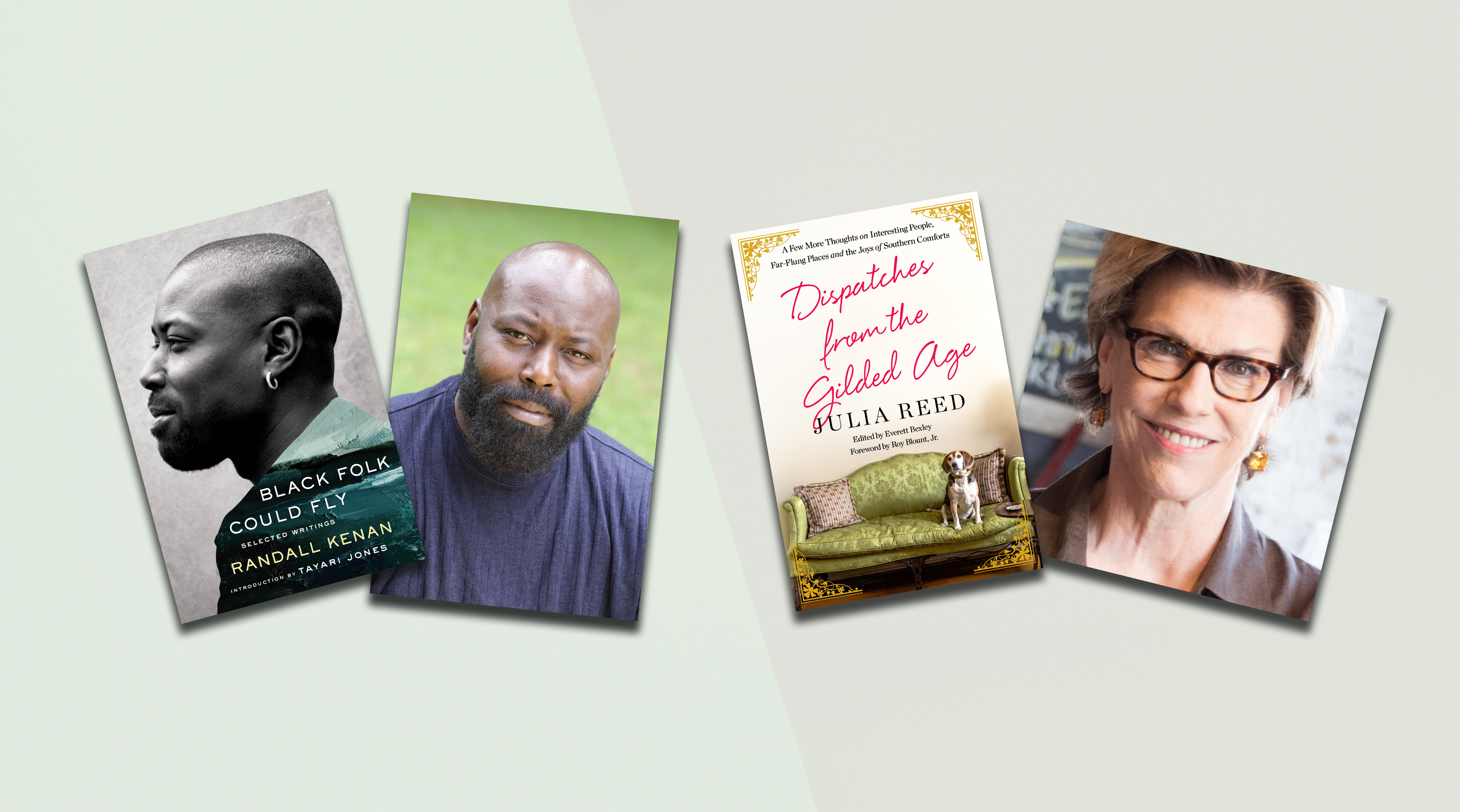 This month, we celebrate the lives of two important Southern writers—Randall Kenan (1963-2020) and Julia Reed (1960-2020), both of whom died far too young—with new collections of their work. Though Kenan and Reed explored distinctly different literary terrain, their books and essays are worthy entries in the canon of modern Southern lit.

In his obituary, the New York Times described Kenan as “an award-winning gay Black writer whose fiction, set largely in a North Carolina hamlet similar to the one in which he grew up, blended myth, magic, mysticism and realism.” Of Reed, the Times wrote, “in reporting for Newsweek, Vogue, the New York Times Magazine and other publications, Ms. Reed covered presidents and their spouses, notably both Bushes and the Clintons, along with powerful women, country music, Southern rogues and Southern food. Her canvas was the foibles of power, and even though (or perhaps because) she was the daughter of a Nixon-era Republican grandee, she was cleareyed about the vices and virtues of both parties.”

Kenan’s Black Folk Could Fly: Selected Writings (Norton, Aug. 9) is “a superb introduction to a writer deserving much greater recognition,” according to our starred review. Over a series of potent essays, the author examines race, sexual identity, Black culture, family, and food, and he is consistently well attuned to racial injustice while celebrating his Blackness. As our critic noted, “Even as Kenan asserts that the color of the future will be a rainbow, not Black or White, he writes with deep intelligence and a discerning palate about the one thing that perhaps shapes Southern Black culture most definitively: its food, picked fresh from overflowing gardens, cooked to perfection, and served up on groaning boards to enjoy in good company.” After digging into this collection, readers should turn to Kenan’s 2020 story collection, If I Had Two Wings, and his 1999 nonfiction book, Walking on Water.

In Dispatches From the Gilded Age: A Few More Interesting Thoughts on Interesting People, Far-Flung Places, and the Joys of Southern Comforts (St. Martin’s, Aug. 23), Reed offers “a selection of sparkling essays by a great Southern wit, foodie, fashionista, and prose stylist.” Though the Times didn’t mention it, Reed’s work in Garden and Gun, in which she had a long-running column, provides an illuminating window onto her interests and thought processes. One particular essay, noted our critic, “recalls Nora Ephron, another seemingly candid but actually quite reserved personal essayist always ready with the bright, deflecting wisecrack.” Reed was always quick-witted, honest, and, as the Times noted, “deeply imprinted by the Mississippi Delta traditions she grew up with.”

She loved family, food, and parties, and she was a consummate storyteller and entertainer—which is not to say she was unaware of the South’s social and political ills. As our critic wrote, “also preserved in this collection are prime examples of Reed’s droll, incisive writing about her Southern roots alongside puff pieces on the Bush twins and surprising angles on Nixon, Cheney, and others. As [Roy] Blount points out [in the foreword], Reed was ‘a Republican—of a decidedly secular, anti-Trump, anti-death-penalty, gender-and-race-friendly, Delta-proud variety all her own.’ ”