Let’s Do It, Let’s Celebrate Love 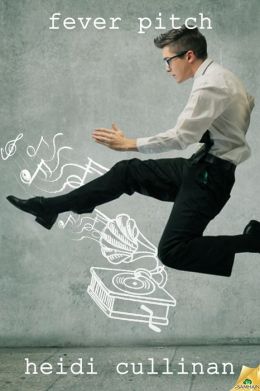 There’s a lot going on in Romance Land right now, and for those of you who follow the industry, you’ll know about most of it.

Starting with the good news, I’d like to point to the fact that, in the same week that Indiana passed a hateful bill that basically allows business owners to refuse service to the LGBT community “for religious reasons,”the romance publishing industry standard of excellence, the Romance Writers of America Rita Awards, announced their nominations, and for the first time ever an LGBT title was included (actually, there were not one but three), once more proving that in some ways, the romance community is one of the most open-minded and open-hearted groups out there. Brava, romance!

Congratulations to all of the Rita nominees and the fantastic mix of books and authors! (You can see the full list of nominees here.)

But in this time of three steps forward, two steps back, in the world of people who believe in the idea of NOH8, I would like to say a special congratulations to Heidi Cullinan (Fever Pitch), Lynda Aicher (Bonds of Denial) and Amy Lane (The Bells of Times Square) for being the first-ever romance authors to be nominated with stories about same sex love. And to the preliminary judges, whoever you are: Kudos to you for seeing a same sex love story as a love story.

(I was also glad to see that Farrah Rochon’s Yours Forever is in there, as well as Sonali Dev’s A Bollywood Affair for even more nods toward diversity in the nominations.)

In other Romance Land news, there’s been a huge kerfluffle recently over disclosure, transparency, hypocrisy, discovery (in the legal sense of the word) and trust. So far the best posts and most even-handed comments I’ve seen on the subject were at Wendy the SuperLibrarian’s blog and BookBinge. Honestly, most of this has blown over already, but I wanted to say something that touches tangentially on all of that.

I love romance. I do what I do, both at Kirkus and at NPR and occasionally other places—like Huffington Post or in my local news market (I especially like the piece I wrote for the Wisconsin State Journal last month—because I believe I’m a good writer who can best serve this wonderful genre by being a cheerleader for the many wonderful books those romance authors are writing. And there are many.

This is my message: Romance novels are awesome. They can be empowering. At times they are life-changing. They are pro-woman. They celebrate the romantic journey, which is, more often than not, a subject women are more interested in than men. They are arguably the most lucrative business that almost completely for women, about women, and run by women.

I happen to believe that my message is best served by finding great books and sharing them with an audience who also loves romance. That celebrating good romance novels and the romance genre overall is fun and rewarding, and I can find enough good ones that I don’t ever have to tear individual books apart.

I don’t like drama. I try to avoid disagreement that turns mean, especially when it gets personal. I don’t mind differences of opinion, but I believe that if you disagree with me, you can do so with respect. All of this new tempestuousness aside, I admire many  popular romance review blogs very much for the spotlight they have brought to the genre, and for the fierce intelligence and business savvy they show toward publishing. But I’m often not comfortable in conversations at those sites. I prefer—and have tried to create spaces—where celebrating the genre means talking about books and authors we love.

There are bad romances out there. I’ve read some. You’ve read some. There are bad mysteries and bad sci-fi too, but those genres don’t seem to get the “romance is awful and poorly written”umbrella that we do, and I think part of the reason for that is because men aren’t as interested in the kind of writing and storytelling that makes popular romance novels so popular, and we have been socialized to believe that we should find it embarrassing and shameful.

But I also know I find it much more fun to talk about romances I love with other people who love them. And I personally find it more fulfilling to celebrate romance novels and the genre as a whole than to be a pro-romance space where any percentage of my romance advocacy goes toward becoming yet another voice that ravages romances.

So if you LOVE ROMANCE, or if you’d like to celebrate with me that the romance genre in its own way counteracted hate this week though the Rita nominations, then let me know with a *yay* in the comments—or however else you’d like to say it…. ;o)

Also feel free to share any great books you read recently, or any Rita noms you read that you’re especially rooting for. I don’t envy those final round judges!

And please—SHARE THE LOVE! xo