Madeleine L'Engle's A Wrinkle in Time 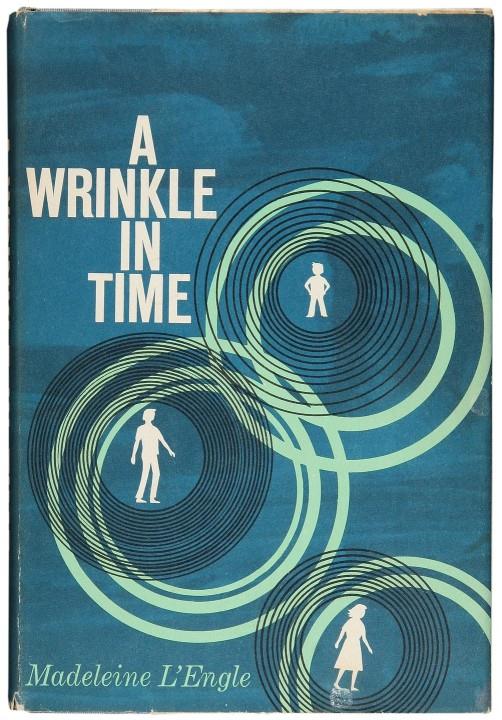 I've heard people say that there are two types of children: those who read Madeleine L'Engle, and those who don't. I can't remember when I first read her best-known novel, A Wrinkle in Time, but when I revisited it a couple of years ago, it was like returning to my childhood. Since its publication in 1962, the novel has become one of America’s most beloved stories, selling millions of copies worldwide and inspiring countless authors and readers. At the same time, however, it has become one of the most banned books in the United States of the last 20 years. As this week is Banned Books Week, it’s a good time to look at how this classic novel came to be written.

Madeleine L'Engle was born on November 29, 1918, in New York to Madeleine Hall and Charles Wadsworth Camp, a writer and journalist. Her childhood was atypical: Her parents had her well into their marriage, raising her alongside their long-established patterns. As a child, she was exposed to the arts frequently and was encouraged to read widely, picking up works from authors such as George MacDonald. Her family moved often throughout her childhood, from New York to Jacksonville, Florida, to Europe and back again. All the while, she was enrolled in a number of private schools, where she was a subpar student: frequently labeled “stupid” by some of her teachers, she was tall and awkward, bullied by her classmates and terribly lonely. Her escape was often into books, and it wasn't until later into her teens that she was comfortable with schooling when she attended Ashley Hall in Charleston, South Carolina. After her graduation in 1936, she was accepted to Smith College in Northampton, Massachusetts, where she graduated Cum Laude in 1941 with a degree in English. From there, she moved to New York City, where she found work in the city's theater industry and met her husband, actor Hugh Franklin.

Her childhood aspirations to become a writer never left. She wrote several plays while living in New York, and in 1945, she published her first novel, The Small Rain, through Vanguard Press. It was followed closely by Ilsa in 1946. Life was busy: She married Franklin, and in the same year the pair moved to Connecticut, where they purchased a house. Her first daughter, Josephine, was born in 1947, and L'Engle struggled to fill two roles: one of a devoted parent and the other as a writer. In the post–World War II world, publishing was difficult, and by 1948, L'Engle considered giving up writing after a bout of rejections. However, in 1949, Dell Books published her third book, And Both Were Young. Thus far in her career, her books were strongly autobiographical, drawing from her own childhood and life experiences. 1951 brought another novel, Camilla Dickinson, a story aimed at younger adults.

Throughout the rest of the 1950s, she and her husband focused on their family: Franklin withdrew from the acting world as the pair purchased a general store, and the two welcomed two more children into their lives: Bion, born in 1952, and Maria, who was adopted shortly thereafter. In 1957, L’Engle released another novel, A Winter's Love. Along the way, she had begun to write genre stories, such as “Poor Little Saturday,” which appeared in the October 1956 issue of Fantastic Universe.

On L'Engle's 40th birthday in 1958, she received another rejection for a story, and she resolved to quit: “All during the decade of my thirties I went through spasms of guilt because I spent so much time writing, because I wasn't like a good New England housewife and mother. When I scrubbed the kitchen floor, the family cheered. I couldn't make decent pie crust….And with all the hours I spent writing, I was still not pulling my own weight financially.” She couldn't go through with it, however: “I uncovered my typewriter. In my journal I recorded this moment of decision, for that's what it was. I had to write. I had no choice in the matter. It was not up to me to say I would stop because I could not. It didn't matter how small or inadequate my talent. If I never had another book published, and it was very clear to me that this was a real possibility, I still had to go on writing,” she said. Her family also encouraged her to return to her typewriter: After four days, her daughter Josephine urged her to go back to writing, telling her that she was “being so horrible!” Josephine went on to note that when her mother wasn't writing, depression set in, and that it was a difficult time for the family.

In 1959, Franklin decided to return to acting in New York City, and L'Engle took on a job teaching. Before they returned to the city, the family embarked on a 10-week, cross-country trip. It was during their time camping that L'Engle got the idea for A Wrinkle in Time: “We drove through a world of deserts and buttes and leafless mountains, wholly new and alien to me. And suddenly into my mind came the names, Mrs. Whatsit. Mrs. Who. Mrs .Which.” The story wove in elements of her life (many, including L’Engle, have identified the character Meg Murry as L'Engle), and although she had never taken a science course, she used elements in her story that she had been reading about. L’Engle would later explain to a friend, Dana Catharine, that “she had written A Wrinkle in Time as a way of finding her spiritual life because she hadn't been able to find spiritual meaning in anything else that she had experienced or read until that time.”

At this point in her life, she became a d

evout member of the Episcopal Church. The novel was completed in 1960, and L’Engle began submitting it to publishers. The process was long and hard: It was rejected more than thirty times. Publishers approached the book with a range of reactions, and some felt that the book was too dark for children. Others were turned off by the novel’s overt religious elements. Soon, her agent showed the book to John Farrar and Hal Vursell of Farrar, Straus & Giroux, who were impressed with the book. In her resulting contract, L'Engle had a clause included that the publisher would have rights to the book “in perpetuity in the universe, but not on Andromeda.”

Finally, in 1962, A Wrinkle in Time was published to acclaim. The New York Times placed the novel on their One Hundred Outstanding Books for Young Readers list that November. A Wrinkle in Time follows young Meg Murry and her gifted younger brother, Charles Wallace, as they journey across space to try and find their missing father, a physicist. They're aided by a trio of supernatural beings named Mrs. Whatsit, Mrs. Who, and Mrs. Which as they learn that the entire universe is under attack from The Black Thing and come to realize that the fight against this evil has existed for millennia. The novel was met with popularity, and in 1963, it won the John Newbery Medal, one of the highest awards given for youth literature.

Despite the novel’s original popularity, it has also received a lot of scrutiny over the years. Between the years of 1990 and 2000, the American Libraries Association listed the book as the 22nd most banned novel in America, behind books such as The Giver by Lois Lowry (14), Bridge to Terabithia by Katherine Paterson (9) and the Harry Potter Series by J.K. Rowling (7). Reasons cited for its banning included challenging religious beliefs and including fantasy elements. Between 2000 and 2009, the book dropped to the 90th place on the list. According to fellow author Judy Blume, “the attacks on her books made [L’Engle] absolutely furious. She was beside herself, not just because her books were being attacked, but because any books were being targeted in that way. We would go out and do TV shows together in defense of banned books.”

Two years later, George Nicholson, who worked at Dell Publishing Company, approached Vursell at Farrar, Straus & Giroux, and made a pitch over lunch: Dell was interested in publishing a paperback edition of A Wrinkle in Time and made the case that it would be a good move. The company agreed, and the rights were sold for the substantial sum of $150,000 (over $1 million in 2014 dollars). This was part of a trend in the publishing industry in the mid-1960s: Paperback publishers made major efforts to acquire the rights of best-selling hardcover novels. The new edition sold well and continues to remain in print.

In 1973, L'Engle followed up the success of A Wrinkle in Time with a sequel, A Wind in the Door, a novel that had grown out of a short story published in 1970. A third novel, A Swiftly Tilting Planet, published in 1978 and won the National Book Award in the Children’s Book category. A fourth novel, Many Waters, came in 1986 and focused on Sandy and Dennys rather than Meg and Charles. The final novel in the sequence, An Acceptable Time, was published in 1989, connecting the series to another of L'Engle's major sequences, the O'Keefe Family series. The series includes The Arm of the Starfish (1965), Dragons in the Waters (1976) and A House Like a Lotus (1984).

L'Engle continued to publish through the 1990s, eventually earning a Lifetime Achievement World Fantasy Award in 1997. In 2004, L’Engle entered a nursing home after suffering a range of health problems, and she passed away on September 6, 2007 at the age of 88. Still, the interest in her books continued. In 2004, Disney adapted A Wrinkle in Time into a made-for-television film, which aired on ABC to mixed reviews. And at the time of her death, A Wrinkle in Time had sold 8 million copies and was well into its 69th printing.

The book continues on in other forms: In 2012, to commemorate its 50th anniversary, Farrar, Straus and Giroux published a graphic novel adaptation of A Wrinkle in Time, adapted by Hope Larson. And just this August, Variety reported that Jennifer Lee, who recently directed Disney's Frozen, has been tapped to adapt A Wrinkle in Time for a new film adaptation.