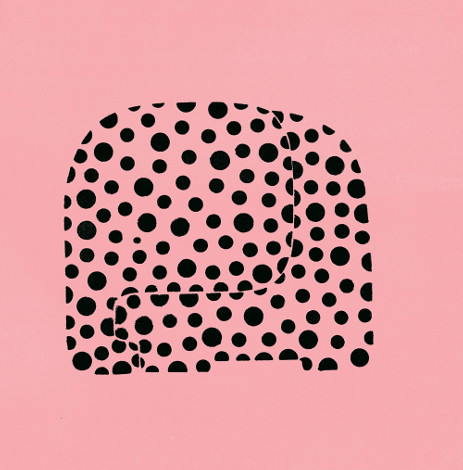 “The future is board books,” wrote children’s book blogger Betsy Bird just this week. I’ll take her word for it. I’m not exactly hip to what is selling consistently well in children’s books and what the industry trends are, but I do know these board books here today caught my eye and had me looking for the nearest baby with whom to share them. (Here’s where I wish I had a neighbor with a baby.)

I’m going to start with my favorite of the bunch, Janik Coat’s Aleph, coming to American shelves next month from the bright spot in children’s book publishing that is Gecko Press. But let me clarify right off the bat: the other books here today are board books, and this is not. Be warned: these are not sturdy pages, and they can easily be ripped by small but determined hands. But a board book is not what this book sets out to be.

Instead, it’s the book you hold in your lap when you have a wee babe in your arms, one that is of the age when they can finally focus their eyes and move them accurately. (At around three months of age they can follow moving objects with their eyes.) Not all books for this age are made equal, but this is gold and will have that baby in your lap making those wide-eyed “ooh” faces, as synapses fire happily in their brain.

If you follow children’s books, you know Ms. Coat from such visually striking titles as Hippopposites, Rhymoceros, and Llamaphones. Aleph is a large-format book with deeply saturated neon hues that closes with a two-page picture dictionary. I like how Gecko refers to it as a “funky” large-format first book for babies. They are owning that “funky.” Yes, it is delightfully weird. For instance, a few creatures randomly get named, such as Cyrus, the rhino, and Aleph, the elephant (in the closing picture dictionary, these are highlighted in a neon orange color); a robot and witch (in a sea of things like lollipops and boats) appear at the book’s close; one image shows the basic shapes of two humans embracing (labelled “hug” in the back); and the wryly funny rabbit and sharp-toothed wolf are worth the price of admission alone. Also notice in the closing picture dictionary that the label for the image of a baby’s pacifier is “shhh.” I love the book’s weirdness.

I also love that it’s the kind of book that can grow with baby till around, say, three years of age. The book kicks things off with simple, large shapes with contrasting colors — a square, a circle, a lumpy circle, a sun, etc. They get a bit more complicated (and more patterned) as we turn the pages. And a wee babe certainly won’t lose interest as things get more detailed, but as they age, they will better appreciate these latter images and can build stories around them. It’s a beauty, and now I know what to pair with Color for Baby the next time I’m heading to a baby shower.

The relatively new Twirl Books imprint has some promising spring titles for small hands. My favorite two, both French imports, are Alice Le Hénand’s Feelings, illustrated by Thierry Bedouet, and Stéphanie Babin’s Who Lives Where?, illustrated by Kiko.

Feelings features pull tabs that propel the emotional dilemma pictured on each spread. For instance, in the first spread, Little Crocodile is upset, his father gently asking what’s wrong. Pictured is teary Little Crocodile running to his parent. Pull the tab, and see the image change: The father embraces the child, and Little Crocodile is smiling. “Little Crocodile whispers in his daddy’s ear,” we read at the bottom. “Daddy gives him a big hug. Now he feels happy again!” It will be up to child readers to imagine what had caused Little Crocodile to cry. Other emotions covered include disgust (someone doesn’t like bananas), glee, fear, and anger. The pull tabs give the child control over the narrative, and the conversations these short domestic dramas may engender with babes and toddlers can contribute to their understanding of their emotions. Emotional intelligence for the win: one can never learn too early.

Who Lives Where? also includes tabs for sliding and is a thick, sturdy book about animal habits—both indoors and outside. The opening spread is devoted to “In the House,” followed by “In the Garden,” “On the Farm,” “In the Mountains,” “On the Savanna,” and “In the Sea.” The left side of each spread features various animals in their habitats in one large illustration, and the right side features the sliding tabs: each animal is pictured next to the place where they sleep. Little fingers can slide the tab over, moving the animal to its sleeping spot. There are no surprise images under the tab a child has slid to the side; the joy, though, is that they can quite literally move the creature over to where it will sleep. It’s all an onomatopoetic adventure, too, given that most of the animals (on the left) introduce themselves with sounds or, in some cases, the sounds their movements might produce (the fish says, “Blub, blub!” and the mole says, “Scrape, scrape!”).

Finally, there is Aaron Becker’s You Are Light. It is a wonder to see Becker, who we know can do lush, do something so spare. This is a meditation on light and nature, a simple poem that all begins with “the light that brings the dawn / to warm the sky and hug the land.” Becker goes on to explore how sunlight works on the planet, and there is lyrical, evocative, economic phrasing here: “It sips the sea to make the rain.” Ah, beautiful.

But I haven’t even gotten to the best part, which is that this is a board book designed for holding up to the light. “This is the light …” is how it begins, after all. Each spread’s right side includes an eloquent watercolor illustration (the text is always on the left, save for the final spread), surrounded by twelve die-cut circles — bringing to mind a clock and the passage of time — that beg to be held up to a window. Some circles around a yellow illustration of a sun are filled in with yellow; some of the circles around a warm blue illustration of a wave are filled in with blue; and so on. Turning the page and focusing on the left side of each spread, where some of the circled colors merge with the ones before them, brings all-new delights. (The link to Ms. Bird’s blog that opens this post includes a trailer if you want to see the book in action, so to speak.) You simply have to experience this one for yourself, especially for the final spread. Simply exquisite.

YOU ARE LIGHT. Copyright © 2019 by Aaron Becker. Illustration reproduced by permission of the publisher, Candlewick Press, Somerville, MA.