New YA in November 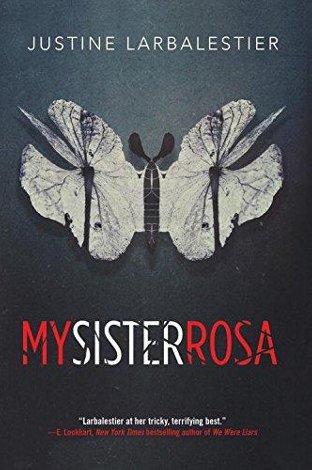 Even though we’ve got two months to go—a whole sixth of the year, even!—Christmas decorations are already on sale. And with ridiculously early Christmas decorations come the ridiculously early Best Books of 2016 lists—so far, I’ve only spotted Publishers Weekly and Harper’s Bazaar, though now that the season has begun, I’m sure they’ll start popping up like mushrooms. With them will come the Looking Forward to 2017 chatter, all of which works together to leave all of the November and December new releases in the dust.

Well, not on my watch! Here are ten November YA releases that I’m looking forward to:

Starred reviews aren’t particularly unusual when it comes to Neal Shusterman. Which is fair, as his books are pretty uniformly excellent. This one’s about a society of immortals, and the two teenagers who are tapped to become scythes—basically a position that’s a combination judge, jury, and executioner. What with a governing AI and the combination utopia/dystopia setting, it sounds like it’ll probably be a good fit for fans of Erin Bow’s The Scorpion Rules.

My Sister Rosa, by Justine Larbalestier

Seventeen-year-old Che suspects that his ten-year-old little sister Rosa is a psychopath, and, based on what Larbalestier has been saying on Twitter lately, I’m inclined to believe him. I’ve been looking forward to this one for MONTHS, and I didn’t think it would be possible for me to be MORE excited about it… and then I saw that the Kirkus review compared it to The Bad Seed. So, yes: EVEN MORE EXCITED.

The Diabolic, by S.J. Kincaid

SF story starring a genetically engineered bodyguard—a Diabolic—impersonating her charge at the Imperial Court. Problem is, Diabolics are illegal, and were supposed to be destroyed some time ago. POLITICAL INTRIGUE AND TECHNOLOGY AND MORALITY AND A MURDEROUS NARRATOR! That hits so many of my buttons.

Kirkus gave this one an extremely mixed review, praising the worldbuilding and the characterization while dinging it for clunky prose and plotting issues. It’s a gay steampunk romance featuring giant clock towers that actually control time, though, so I’m inclined to at least give it a look.

Everything I’ve read about this one has praised the voice, the language, the atmosphere, and the characterization—and nothing I’ve read has said much about the plot, even though it involves… mermaids, maybe? It sounds like a quiet, spare, emotionally charged historical; a coming-of-age story that focuses on moments and relationships and things-left-unsaid.

The Door That Led to Where, by Sally Gardner

A time travel story and a mystery that Kirkus says is “liberally peppered with both swears (from both times) and Dickens references.” That just sounds DELIGHTFUL.

Blowback '07: When the Only Way Forward Is Back, by Brian Meehl

Another time travel book, but this time, about SPORTS! Which is a rarity—other than Dan Gutman’s Baseball Card Adventure books, I can’t think of a single one. In this one, a high school football star is catapulted back to 1907, where he crosses paths with Jim Thorpe.

MORE TIME TRAVEL! A high school sophomore falls through a trapdoor in her school’s stage and winds up in Elizabethan England—and in both times, she has to deal with issues surrounding friendship and gender and anxiety. Not a new premise—we’ve seen lots and lots of modern kids and teenagers end up spending time with Will Shakespeare—but the Kirkus review has assured me that Booth does it in a way that feels new.

The Sun Is Also a Star, by Nicola Yoon

Finalist for the 2016 National Book Award! He-said, she-said love story set over the course of about twelve hours. She’s a science-loving girl whose family is undocumented and being deported to Jamaica in just a few hours; he’s a first-generation Korean American who would rather write and study poetry than to go to a prestigious university and become a doctor, which is what his parents expect. Based on that description of the premise, I don’t know if I’d have picked this one up on my own, but Kirkus adored it—and, yes, gave it a star—and the National Book Award’s Young People’s list is SO strong this year that I’m entirely convinced. Just waiting for a copy to fall into my outstretched hands.

There are tons more! What others should I be watching for?