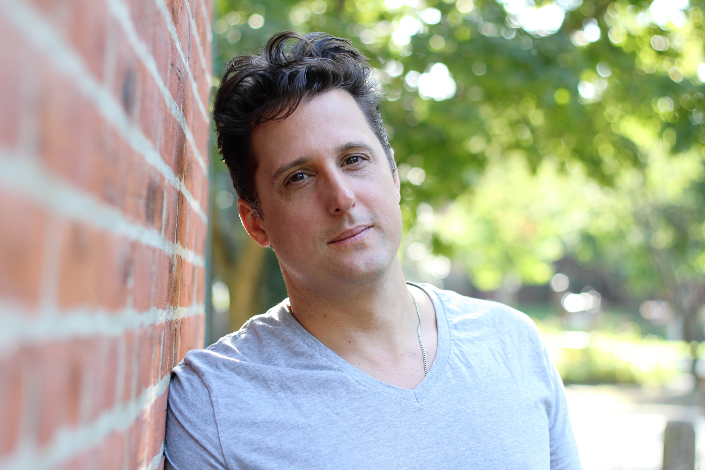 In Each Tiny Spark, award-winning author Pablo Cartaya introduces us to Emilia Rosa Torres, a preteen with ADHD who has to learn to navigate multiple complex relationship dynamics when her mother leaves on a business trip. Her father returns again from deployment, this time grappling with PTSD. Her abuela hovers constantly, and, from afar, via video calls, her mother tries to do the same. But ultimately Emilia Rosa learns to trust herself and how to connect with her father through their welding work on an old car that deepens their bond. “I’ve wanted to write this book my whole life,” Cartaya says. “I have a 12 1/2–year-old daughter and [Each Tiny Spark] was kind of my way of just listening to the way that she navigates the world. She has ADHD, but that’s not what defines her.” I talked to Cartaya recently about the new novel.

How did you decide to tackle PTSD and ADHD or neurodiversity in the book?

In many ways it’s just a love letter to my kid. She’s often in a battle with how she processes information and the way that she thinks. Oftentimes, especially father figures have a tendency to say, “Let me be a dad and try to fix it for you.” I wanted to step away from that and let this girl dictate the terms and how she navigates it. The tackling of the issues is more a function of where the story took me and what manifested itself to me when I was writing. Including PTSD is a really personal story element too—some close friends and even my own father were in the military. Throughout my life I’ve been close to people who were in the wars in Iraq, and their return has always been this quiet return to civilian life that many service people don’t talk a lot about.

Did you intentionally put the adults in the novel on the periphery?

Twelve and a half is an age when kids are still holding on a little to their childhood and heading into their teenage years trying to find who they are and who they are trying to be. I’ve had my daughter say, “I don’t want you to tell me; I just want you to listen.” That was profound for me, and I wanted to honor that in this character. I always write with a lot of adults in my books. Even though kids this age don’t want adults around, they’re still pretty reliant on them. I populate my books with a lot of adults because that’s reality, but the kids are very much navigating their relationships with adults. But letting these kids—especially Emilia—say, “This is my voice, this is my identity, this is what I believe about myself,” that’s going to carry her to the next phase of being an adult.

I noticed that you don’t italicize the Spanish language words in the book. Tell me about that choice.

My first language was Spanish. I didn’t speak English until I was 5. Little by little I lost my Spanish. I spoke with my abuelos in Spanish, but in school we were made to speak only in English. When I was growing up, I couldn’t read in Spanish anymore, I couldn’t write in Spanish, and I lost it. At one point, I had finished college and I spoke to someone from Peru, and he called me Gringo. That really affected me. Because here I was very proud of my Cuban heritage, but now I was defined by my lack of my birth language and having any command over it. When I set out to write my stories, at first, it was a way to reclaim that language or identity for myself. Then when kids started reading my books, they said things to me like, “Gracias, Señor Pablo, I’ve never seen myself in a book before,” or, “I know, my abuela is just like that.”

Something really profound happened to me that this is beyond reclaiming my language or my dual language; this is about giving a voice to a lot of young people who share my experience, who are native-born Spanish speakers and they go to school and it’s erased but their abuela speaks Spanish. This is for them. I personally don’t italicize Spanish—I don’t have anything against people who do—but it’s because of the historical erasure of that and fighting to reclaim it. It’s taken a long time for me to feel like my voice matters and bringing that voice into my books includes Spanish. That was the language of my abuelos. Erasing that or making an obvious translation is erasing my abuelos and my history.

Joshunda Sanders is the author of the children’s book I Can Write the World.