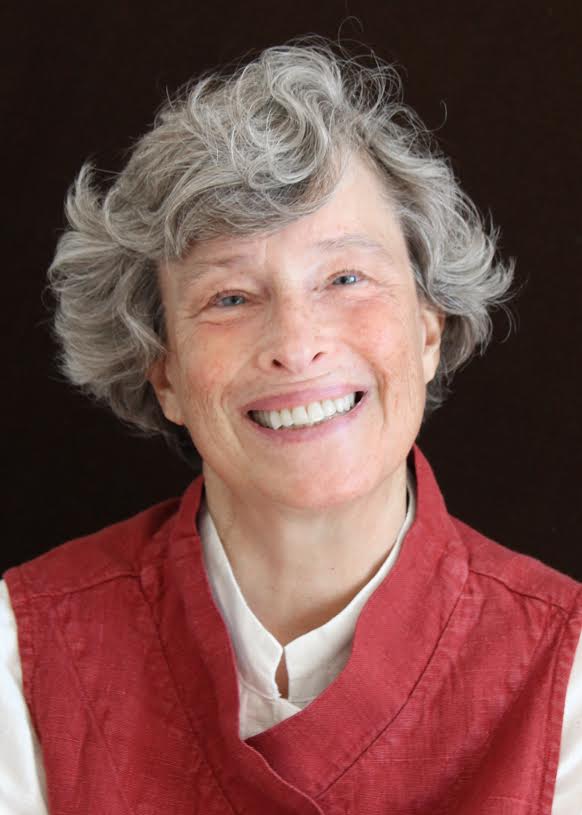 Fans of Jeanne Birdsall’s Penderwick series—which began back in 2005 with the National Book Award-winning first title, The Penderwicks: A Summer Tale of Four Sisters, Two Rabbits, and a Very Interesting Boy—are in for a big treat right about now. The end of March saw the publication of the series’ fourth title, The Penderwicks in Spring, which continues the story of the large and loving Penderwick clan. In this new book, the penultimate Penderwick tale, the family is even bigger, what with the addition of Lydia, born to Mr. Penderwick and the woman he married at the close of the previous book, as well as her son, Ben.

But it’s Batty who takes center stage, as she struggles over the loss of her dear dog, Hound. Worse, she overhears a comment from her sister Skye, a statement that harbors deep-seated resentment toward Batty, all having to do with the death of their mother years earlier. Batty chooses to keep her distress to herself for most of the novel, and Birdsall brings the character’s emotional turmoil to readers with great respect and finesse.

I talked with Birdsall via email about this rewarding new book in the series—and what lies next.

Can you talk about deciding to let Batty take focus in this book—and especially giving readers such tremendous insight into her emotions? Was it hard to write in spots, given Batty’s struggles with what she overhears from Skye?

Because both Skye and Batty grew out of parts of my personality (as did Jane and Rosalind, though not so much), some of the tensions between the two sisters came from internal struggles of my own. But in terms of the Penderwicks’ history, Skye’s ambivalence about Batty has to do with the death of their mother, how and when it happened.

I’ve always known that I’d have to force them to face up to their differences at some point, either on or off the page, as I didn’t want them taking it into their adult lives. Why in this book, and why from Batty’s point of view? Batty had to be old enough to understand what was happening—and I told it from her point of view because in real life I’m the younger of two sisters, and my sister was markedly a

So, yes, writing about Batty’s struggles was hard. I had to spend a lot of time re-living scared and lonely parts of my childhood.

(As a side note, going back to Little Women, which I do all the time, why does Amy annoy Jo so much? As readers, we don’t question it, because Amy is clearly a brat. And yet, it’s Jo/Louisa telling the story, right? Maybe, just maybe, Amy wasn’t as bratty as we think. Wouldn’t it have been interesting to hear more from her point of view? What was it like, for example, to be the sister next in line to saintly Beth?)

Was it fun or challenging (or maybe sometimes both) to deal with the dynamics that new siblings bring to the Penderwick family (Lydia, that is, but also Ben as a permanent member of the family?)

Writing Lydia was a delight. She came to me during the years that my two fantastically brilliant and funny granddaughters went through toddler-hood. Mercilessly, I stole from them, and I hope they’ll forgive me when they’re old enough to know what I’ve done. I must be clear, though, that neither of them has a princess fixation. That was my own idea, as a fun way to torture the Penderwick family. Also, Princess Dandelion Fire is a tribute to my friend N.D. Wilson’s novel, Dandelion Fire, which—Nate has told me so—is a nod to Ray Bradbury’s Dandelion Wine. The chance to link wacky Lydia with Ray Bradbury, however tenuously, was just too good to pass up.

As for Ben, at first I was nervous about writing from the point of view of a second-grade boy. But the key to him, I discovered, was seeing Lydia through his eyes, knowing how irritating it would be to be worshipped by such a creature. Even then, I doubted my understanding of his rock fetish, especially the need to sneak the rocks into the bathtub to clean them—until my husband read a version of that scene and gravely told me that, when he was Ben’s age, he kept a special toothbrush in the tub, just for scrubbing rocks. After that, Ben and I were fast friends.

I love Batty’s aversion to school reports. I have an 11-year-old like this. I’m come to accept that, though she always has her head in a book, she likes to keep what she reads to herself. Some readers will never be book club members. Did you have similar feelings about book reports as a child?

In Mrs. Bernhardt’s fourth grade class (1960-1961), the hellacious book report chart went up at the beginning of the year. We had to write10, we had the whole year to do it, and I wrote all 10 on the Sunday night before the final week of class. Absolutely, I hated book reports then, and now, the idea of joining a book club—and having to cheerfully discuss my private relationships to books in a social setting—is anathema.

By the way, there was a real girl in Mrs. Bernhardt’s class who, like the fictional Ginevra, wrote innumerable book reports that year, embarrassing me with her calm industry. Unlike Ginevra, though, she was not even a little bit prissy—just much better than I was at following rules. Last fall at a high school reunion, I confessed to her that I was using the incident in my upcoming book. Then she confessed to me that all her reports had been written about Nancy Drew books. And I was like: for that I suffered? Nancy Drew books? And we laughed.

Will there still be five books? Any hints as to what the readers can expect in the last one?

Yes, I’m now working on the fifth, and last, in the series. It’ll take place eight years after the fourth book—Lydia will be the 11-year-old narrator—and we’re going back to Arundel, where the first book took place. More hints? The bull isn’t there anymore. Is that enough? Will anyone in particular marry anyone else? I’M NOT TELLING.

What else are you working on now? Any picture books in the works?

I have a picture book coming out next year that I’m really excited about, My Favorite Pet, by Gus W. for Ms. Smolinski’s Class, illustrated by the wildly funny Harry Bliss. Wait until you see his sheep!

Sometimes I let myself think about the middle-grade novels I’ll write when I’ve finished the Penderwicks series. Those future books always seem like they’ll be so easy to write! Ha! But it’s nice to dream.