Of Plants and Men 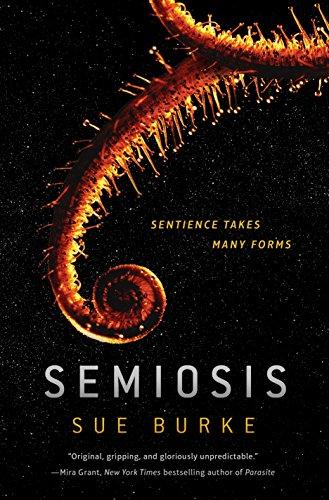 Far into the future a group of colonists from a decrepit, dying Earth arrive at a new planet after spending more than one hundred years travelling in suspended sleep. While the humans were asleep the ship’s AI chose a different destination that the original planet they were supposed to land, based on updated analysis for friendly inhabitability. The colonists had been prepared for one reality—and meet a completely new one they are forced to adapt to, and fast. Pax, the new planet, does seem to offer good resources—from animal life to plants. In the first chapter, Octavo, a botanist from what is now Generation 1, is the viewpoint narrator, and through his eyes we come to learn that a lot of the colonists died on route and a lot of the surviving ones had become disabled as a direct result of their long journey. That their tech is failing but their hopes for a new life on a new world, freed of the mistakes made on Earth, are still fresh and strong. Until they realize that some of the plant life on that planet had been trying to purposely kill them.

Cue to chapter 2, which is set decades later, starring Sylvia, a member of Generation 2. It becomes clear that life on Pax is not easy. Some of the Parents are too set in their ways (and slowly dying), and the hopes for growing the population faster have crumbled as the embryos brought from Earth did not survive. Sylvia is young and restless and a leader in an intergenerational struggle that will prove deadly. Especially after the colonists find the ruins of an amazing city, the remains of a different alien race who one day vanished. Entwined with the city and spreading vast and wide is a different, strange plant. A rainbow bamboo who is sentient, smart and trying to communicate. But is it friend or foe?

Each subsequent chapter is from the perspective of a character from a different generation, spanning over a century, each reading almost like its own branch of the same story—all of it rooted on exploring life in a new planet, examining what it means to develop a new society in difficult circumstances and surrounded by life more alien than anyone could ever have imagined.

Pax is a planet much older than Earth, where evolution has moved beyond what we know with plants that have become sentient and self-aware with engrossing results: the bamboo is eventually not only named but becomes a narrator, a Citizen and a Leader of Pax and as the story progresses, it’s possible to develop different readings of it. For example, is the cohabitation—in the spirit of mutualism—a good thing for the humans? Especially when considering how the plant is capable of controlling them through the chemicals, medicine and food it produces? On the flip side, the plant starts to show an increasingly human sense of self and of ethics—have their interactions fundamentally changed the alien? Is that good or bad? Or does the idea of peace and friendship surpasses all of that? Similarly, when the Pacifists discover yet another form of alien life on the planet, what are the possible ways of interacting with them? Is survival at all costs ethical?