Pros and Cons of a Thriller 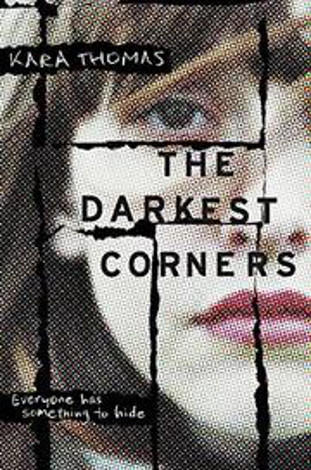 Even though I haven’t spoken to her in ten years, I know almost everything there is to know about Callie Greenwood. Everything except the thing I desperately need to know.

Does she still think about it?

—The Darkest Corners, by Kara Thomas

Ten years ago, Tessa Lowell and her best friend Callie testified in the biggest murder case that Fayette, Pennsylvania had ever seen. Their testimony clinched the case against Wyatt Stokes—between their eyewitness accounts and some circumstantial evidence, he was convicted of the Ohio River Monster killings, and sentenced to death.

Shortly thereafter, Tessa left town, and she hasn’t been back until now. In the past decade, she hasn’t seen her sister (who ran away), her mother (who disappeared), or her father (who is serving a life sentence for an unrelated crime). And she hasn’t seen Callie, whom she lost touch with—and eventually became estranged from—when she was sent to go live with her grandmother. Which is awkward, as she’s staying with Callie’s family while she’s in town to visit her dying father in prison.

Being back in town—seeing Callie every day and not being able to escape the hourly updates about Wyatt Stokes’ upcoming appeal—makes it impossible for Tessa to avoid the two huge questions that have been percolating in her brain for years: Was it really Wyatt Stokes that they saw that night? And if it wasn’t, who was it?

Kirkus loved The Darkest Corners, and gave it a starred review. I was a little less enthused, but still found it a mostly-solid read—here are the pros and cons as I see them:

Pro: The setting. Tessa describes Fayette, a dying mill town, as “too suburban to be rural, too far east to be a fly-over state, too far north to be redneck country,” and we don’t see any of that very often. (The shirtless twenty-somethings playing beer-pong on a front lawn were a wonderfully accurate flourish.) While Tessa’s disdain for the poverty and lack of culture could be read as unempathetic and grating, it’s also an entirely realistic perspective—especially given her time away and her fears about how her childhood there shaped her and and her future.

Con: Tessa’s voice, and some of the dialogue. Tessa regularly comes off more as a woman in her mid-30’s than a teenage girl. Some of the dialogue—especially regarding Callie’s alcohol abuse and the subplot about the abusive family—feels straight out of a Very Special Episode of Beverly Hills, 90210. On at least three separate occasions, Tessa equates “balls” with bravery, and then later calls herself a “pussy” for being scared—this, of course, is language that is ingrained in our vernacular, but using it added nothing to Tessa’s overall voice, and actually seemed out of character for her. Seeing that kind of casual sexism perpetuated here—in a book largely about female relationships—was grating, if not downright depressing.

Pro: Meaty issues. Thomas touches on economic class and poverty and domestic abuse; on the criminal justice system and how everyone involved—including and possibly especially the authorities—has various motivations, and with how some victims “count” more than others (white, blonde, beautiful, and successful being at the top of the heap). She rolls in the rise of amateur internet detectives, the importance of how the media frames and drives and affects stories as they unfold, and she acknowledges the public’s endless hunger for tragedy. She brings up victim blaming, prostitution via internet meet-ups, doxxing, and how suspicion can follow people for years and years and years.

She deals a lot with truth: about adults keeping information from children in an effort to protect them, and how that attempt at protection actually backfires into anxiety, worry, and lack of coping skills. She shows slow realizations, burning questions, the role that perspective plays, the accuracy (and inaccuracy) of memory. In addition to a mystery, it’s very much about power and control, about adults manipulating children—and it’s about those kids growing up and standing up and saying, “Wait a minute.”

It’ll entirely depend: The pacing. The Kirkus reviewer found The Darkest Corners “fast-paced,” but I found it quite sedate. Tessa does a lot of mulling—sometimes while lying under her bed in the dark—and to me, except for the last couple of chapters, it read more like a procedural than a thriller.

It’ll entirely depend: The resolution of the mystery. I can’t say much about this one without huge spoilers, but I know it’s not going to sit well with some readers. Or at least half of it won’t.

So, ultimately, far more pros than cons in my book. What do you think? Does it sound like it’ll be a good fit for you?