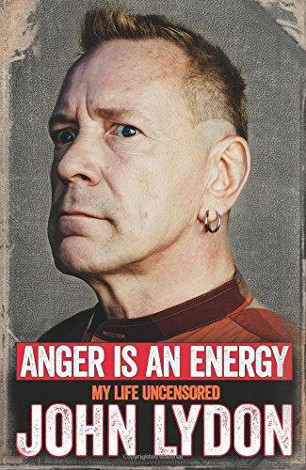 It’s said that the most important moment in the history of punk rock lay at the moment of its creation 40 years ago, and more particularly on June 4, 1976, when the newly formed Sex Pistols played before a Manchester audience that included Pete Shelley of the Buzzcocks, Morrissey of The Smiths, Peter Hook of Joy Division, and the DJ and musical entrepreneur Tony Wilson, whose life, bound up in all these other lives, forms the heart of Michael Winterbottom’s great 2002 film 24 Hour Party People. And you can read about it in the nicely tongue in cheek account by David Nolan, I Swear I Was There, if you can find a copy on this side of the water.

A moment just as important, and perhaps even more so, came 40 years ago today, on July 20, 1976, when, the word now out, the Pistols played before a much larger crowd. And if, of course, punk stretches back into a much deeper past, there are other turning points: the moment Joe Strummer decided to wed proto–Red Wedge politics to a rock steady beat, when Richard Hell tore his T-shirt and effected a temporary fix with a safety pin, when Patti Smith crossed the Hudson and gave New Jersey a cool glance in the rear-view mirror…

In celebration of that second climacteric, here are a dozen-odd books for appreciative fans to read in this long, hot anniversary summer:

“I am an Anti-CHRIST, I am an Anar-CHIST…”: the words of the Sex Pistols cut a swath straight through the narcoleptic mid-Seventies and set new terms for rock & roll’s great argument against things as they are. In the company of the Damned, the Clash (né the London SS), X-Ray Spex, the Rich Kids, Sham 69, and other street-stomping bands, the Pistols turned British music on its head. They earned negligible sales (Never Mind the Bollocks, Here’s the Sex Pistols, their one real album, went gold only in 1995), but the publicity was astonishing; “God save the Queen and her fascist regime,” they sang, to which Fleet Street’s tabloid press responded by staging a hatefest only an ayatollah could love. A handful of bar chords, brilliantly bitter lyrics, skillful manipulation of the media, and a few well-aimed sneers changed the history of our times. Read all about it at first hand in John Lydon’s brilliant memoir Anger Is an Energy, which connects music to literature, politics, and life itself.

If you don’t trust Lydon’s account—and there’s no reason not to, even if Mr. Rotten himself encourages us to believe no one—then Jon Savage is a generally reliable guide. His 1992 book England’s Dreaming takes a hard look at the hard times that produced the Pistols, an era of piled-up garbage and ground-down citizens. For its part, Greil Marcus’ Lipstick Traces anticipates Lydon’s bookishness by providing punk with an intellectual ancestry that weaves its way back to Dada and the incendiary art of the post-Impressionists, on which fire up your scratchy Generation X LPs and dip into the pages of Roger Shattuck’s astonishing art-historical treatise The Banquet Years.

The Clash, of course, were the only band that mattered—unless you count The Ramones, which all right-thinking people should. Neither band has found its literary masterpiece, though the former might have if Joe Strummer had lived long enough to write a memoir. Our reviewer didn’t much like it at the time, but Marcus Gray’s Last Gang in Town tells how a bunch of T.Rex and Mott the Hoople–obsessed kids found each other and set the world on fire. Elvis Costello worked under the same influences, but though never quite a punk rocker in the strictest sense, he was guilty by association, as his elegant memoir Unfaithful Music & Disappearing Ink ably proves.

As for The Ramones, we’ll have to content ourselves with Legs McNeil and Gillian McCain’s otherwise essential Please Kill Me, a wise and wondrous look, in many voices, at the New York scene in an age of, yes, piled-up garbage and ground-down citizens. The title of that books comes from a slogan on a T-shirt duly pinned and scrawled by the eminent Richard Hell, whose 2013 memoir I Dreamed I Was a Very Clean Tramp announced itself as essential as well. And let’s not forget Mickey Leigh’s I Slept with Joey Ramone, a funny, affectionate look at the scene from the point of view of a kid brother.

Punks hate hippies, right? Maybe at the time, but toward the end of his life Joe Strummer repentantly observed that the two tribes were really natural allies. No one shows this better than Patti Smith, whose Just Kids spans both worlds. Her memoir is an elegant paean to a live of books, art, music, and, in the words of that proto-hippie Ken Kesey, making your own movie out of your own life. Love may not be all you need, but, as Smith shows, it’s pretty close to it. If the follow-on M-Train sometimes seems a product placement ad for homeopathic toothpaste and endless cups of coffee, it carries on that celebration of the punk DIY ethos, wedded to a gently flower-childish tolerance for human foibles even while dreaming of a better world.

Out on the West Coast, punkers were making up a righteous racket all their own. John Doe, bassist and tutelary spirit for the oddball quartet X, captures the time (“We’re Fear. Fuck you!”) in Under the Big, Black Sun, a book told from many points of view without ever going full Rashomon on us. Out on the post-punk fringes, meanwhile, Detroit produced a few supremely noisy bands that didn’t ever quite go as far as earlier Michigan stalwarts like The Stooges and The MC5, but the later time and place are nicely chronicled by Rayya Elias in her rueful memoir Harley Loco. Henry Rollins has been building a small, fine library of books about the straight edge of late punk, but purists who argue about such things will give The Replacements pride of place over Black Flag, an argument for which Bob Mehr’s excellent book Trouble Boys provides essential fodder.

Punk did better than a lot of other genres and movements in making real room for women, as witness Patti Smith herself. Still, for every Deborah Harry (or, a couple of generations down the line, Carrie Brownstein), there are a hundred unsung heroines. Enter Viv Albertine, whose first-wave band The Slits set up a mighty howling sound way back in the day. Her memoir Clothes, Clothes, Clothes. Music, Music, Music. Boys, Boys, Boys is a lively, sometimes rueful howl all its own, full of punk attitude to this very day: “My so-called ‘manager,’ who in all the six months he’s been ‘managing’ me has never once come to one of my gigs,” she writes with a sneer, “is now telling me that I’m a shit writer and can’t write a book about my own life.” Not so. She may have stuck with three chords as the band’s guitarist, but she ranges across moods with a confident, light hand as she presents her own take on the events of the mid–70s and beyond.