Reading Across the Country Maine 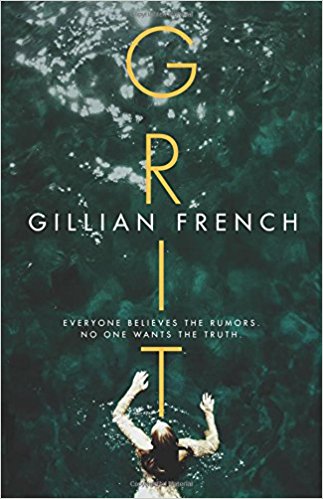 One of the funny things about living in a state nicknamed ‘Vacationland’—especially living near the coast—is that, for locals, a huge part of summertime is about avoiding the tourist-heavy spots. You know, like the beach.

So, rather than actually leaving our houses and enjoying these lovely, lovely days in public, a large percentage of us Year-Rounders do quite a lot of hiding during the summer. This year, I’m determined not to miss out—so I’m going to spend the rest of the summer reading books SET in Maine. Less chance of sunburn that way, too—BONUS!

And so, here are a few of the titles on this particular TBR list!

Siren Sisters is about Lolly, the youngest of four sisters and the only one who hasn’t become a full-fledged siren yet. She’s working to find a way to break the curse that has forced her older sisters into servitude—but when her sisters are kidnapped, she has to decide whether she’s going to continue trying to break the curse, or embrace the power sirenhood will bring and use it to rescue them. It’s about grief, about family, about friendship and prejudice and puberty and greed and loyalty and love—I adored it, though readers who like concrete resolutions might have some issues with the ending.

As for The Evil Wizard Smallbone… are you a fan of Diana Wynne Jones? Then pick this book up, STAT. Between the shapeshifting, the cranky magic bookstore, the found family, the problems solved with both straightforwardness and creativity, and the humor—which runs the gamut from sly to slapstick—DWJ fans will find this book to be a pure joy. Or, well, THIS particular DWJ fan did.

These three, I’m planning to read:

I mentioned this one in my column about May 2017’s New Releases, in which I described it thusly: “Rumors and secrets and girls with capital-R Reputations. A mystery set in small town Maine, written by AN ACTUAL MAINER? Yes, PLEASE!” I love that the main character’s summer job is raking blueberries—I knew so many kids growing up who spent a whole lot of their summer hours doing that, and even the short Kirkus review captures the claustrophobic feel of a semi-remote small town in Maine. Starred review.

I Lived on Butterfly Hill, by Marjorie Agosín, translated by E.M. O'Connor

Due to political upheaval at home, 11-year-old Celeste is sent to live with her aunt in Maine—and three years later, just as she finally adjusts, she is sent back home to Chile, where she has to adjust all over again. This one’s been on my radar for years, and this feels like exactly the right time to finally fit it in. Winner of the 2015 Pura Belpré Award.

Felix, a boy from Maine, and Zyx, the fourth-dimensional being who has hitched a ride in Felix’s body, chronicle the trials and tribulations of growing up together and of the upcoming—and possibly fatal—procedure that might separate them. Kirkus called it “completely bonkers, and exuberantly alive,” which sounds like an especially good fit for me. Starred review.

And last, one that I’m planning to finally finish:

It, by Stephen King

I’ve got to say—I’m only a chapter into this one, and I already take HUGE issue with the blistering Kirkus review. Stephen King’s books have their faults, but ‘banality’ is not one of them. Anyway, over at Booklist, Daniel Kraus is leading a big summer read of this one, and I’m planning on jumping on in.

What about you—have you found books that capture the culture and feel of your state particularly well? I’d love to hear about them.