Scrumptious Sequels You May Have Missed 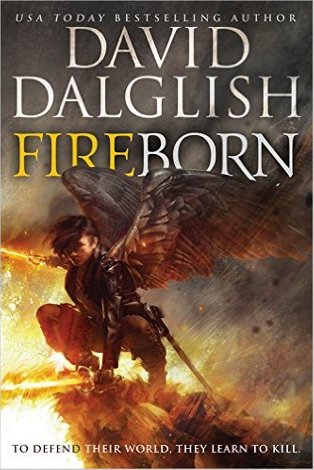 In this space, I tend to focus on new science fiction, fantasy, and horror releases. There are literally hundreds of such books published each month, so I go through a meticulous process of weeding out books to get to a more manageable selection to talk about. One of the criteria I often (but not always) use to filter out books is whether a particular book is a sequel. My thinking is that fans of the series already have the sequels on their radar, so they are good candidates for omitting. Of course, that's not always the case.  For a multitude of reasons – one of them being that there are hundreds of books sf books released each month – it's easy to miss the release of a book in a series you enjoy. So allow me the chance to highlight some of the more worthwhile sequels that have recently hit bookstore shelves. If you're reading the series, you're welcome! If you're not reading the series, well, now you get to find out what you've been missing, so again: you're welcome!

Apes and Angels by Ben Bova

In the Star Quest Trilogy, Ben Bova chronicles humankind's expansion into space beyond Earth, motivated by the desire to save life of all kinds. A lethal burst of gamma radiation, originating at the core of the Milky Way galaxy millennia ago, is headed for our solar system. Earth is safe, and now the men and women of Earth have embarked on a crusade across the galaxy to save all intelligent life from the effects of the approaching deadly radiation. They have help: ancient intelligent machines known as the Predecessors will guide them. In Apes and Angels, the crew of the ship Odysseus has arrived at the planet Mithra Gamma to protect its stone-age inhabitants from the lethal gamma wave.

The Operative by Gerald Brandt

The setting of Brandt's cyberpunk future is San Angeles, a multi-level city that stretches from San Francisco to the Mexican border and where corporations make all the rules. Kris Merrill is a survivor in the bleak future, eking out a living by being a courier who rides the dangerous streets of San Angeles on her motorcycle. Kris takes risks on behalf of the megacorporations that hire her. In The Courier, she stumbled into some bad trouble, which led to her involvement with an underground resistance group.  In The Operative, Kris is trained by the resistance to be a stone-cold killer aiming to set the world right again. She's put to the test when the underground's leader is captured by the corporation trying to lure Kris out into the open.

In the Seraphim fantasy series, David Dalglish painted a world in which humanity's final remnants are locked in brutal civil war across six islands that float high above an Endless Ocean. Kael and Brenna Skyborn are twin siblings who are trained to be Seraphim, the elite soldiers of aerial combat who wield elements of ice, fire, stone, and lightning. Kael and Brenna see their island invaded, their family imprisoned, and the very idea of the Seraphim threatened to be eradicated. In the second book, Fireborn, Kael and Brenna are called upon by the growing rebellion to lead the opposition to their oppressor's tyranny.

How to Save the World by Lexie Dunne

In Lexie Dunne's Superheroes Anonymous novels, Gail Godwin is a hostage-prone Chicagoan who becomes a superhero herself, aptly named Hostage Girl. She's had her fair share of adventure with both villains and heroes and by book 3, How to Save the World, Gail feels she's had enough of this silly superhero business. It'd be a good time to hang up her cape, too; her life is going better than ever.  She's got a cute boyfriend, a fantastic roommate, and her old job back. But a superhero's work is never done. A figure from Gail's past resurfaces and brings with him a plague that could mean the end of every super-powered being alive.

In the future setting of The Linesman novels, space travel isn't so easy. The ability of ships to successfully travel through space are regulated by lines of energy that dictate their functions. For example, there are lines of energy that enable a ship to jump through the void of space, allow long range communications, control gravity, and so on. However, the purposes of some lines are still a mystery.  What makes it difficult is that not everyone can see and work with these lines of energy. The talented few who do are called Linesmen and are part of the Linesmen's Guild. Ean is a level-ten linesman who discovers heretofore unknown lines of energy that changes humankind's relationship with the ships. In book 3, Confluence, Ean is caught in the middle of a deadly political struggle over control of the lines.

Of all the recent sequels, Binary Storm gets the prize for being the most eagerly awaited. Hinz's Paratwa trilogy was first published between 1987 and 1991 and introduced a cool premise of genetically modified killers who occupy two separate bodies that are telepathically connected to one savage mind. Hinz's new Paratwa novel, Binary Storm, actually serves as a prequel, but also works as a standalone read. In it, a computer programmer teams up with the director of an organization dedicated to limiting runaway technological growth to hunt and kill binaries. The problem is that one of the team leader's actions could actually help the Alpha Breed, the caste that controls the binaries, and bring Earth that much closer to Armageddon.

The Star of the Sea by Una McCormack

The Weird Space series is a shared world series, meaning that multiple authors contribute books to the longer story. This space-opera series takes place in a future where humans are expanding their borders into space and are threatened by "the Weird," a race of aliens from another dimension, who infest humans and bend them to do their evil bidding.  The latest entry (book four) of the Weird Space series is Una McCormack's The Star of the Sea.  It takes place on the outer edges of the expansion, on the planet Stella Maris, where humans have found a place free from the oppression of their own worlds, despite being in communication with the otherworldly Weird. That peace is threatened when Delia Walker, a senior analyst in the Expansion's intelligence bureau, enters a portal on Stella Maris. A few weeks later, Delia's daughter emerges as a grown woman, and demands passage to the Expansion's capital.

Legacy of the Demon by Diana Rowland

Rowland’s long-running Kara Gillian series features a protagonist who is both a Louisiana homicide detective cop and a conjurer of demons. Through her "othersight" ability, Kara is able to bring forth the Demon Lord Rhyzkahl (and others) to help her solve some of the most disturbing supernatural cases. As the series progresses, Kara becomes even more involved with demons and their increasing interactions designed to control our world.  In Legacy of the Demon, the fast-paced eighth book in the series, the demon invasion of Earth has officially begun. An increase in the number of the world's supernatural catastrophes positions Kara as the leader to fight the rival demons that are causing them. She discovers a secret legacy based on betrayal at the heart of the demon realm. But can she use it to stop the demons' assault on Earth?

David Weber's Safehold series, now nine books strong, is a far-future science fiction series mostly set around the distant planet called Safehold, where a group of humans hides away from the Gbaba, the enemy responsible for the end of all other human civilization. Safehold maintains its secrecy by reverting back to pre-electrical and pre-industrial technology ways, going so far as to incorporate those into a religion that discourages scientific curiosity. The series thus far has focused on the conflict between suppression and curiosity about the universe. In the latest book, At the Sign of Triumph (clocking in at 750+ pages), the conflict comes to a head and all of Safehold is poised for the final battle between the people who believe in freedom and those who wish to crush it forever.